It was reported that a sign change, weekend massage services and an extension of a shuttle bus service are among efforts by Hawker Management Pte Ltd to increase traffic to Jurong West Hawker Centre. Hawker Management, a subsidiary of Koufu Group, won the rights to run Jurong West Hawker Centre as a SEHC, with the objective of lowering costs of cooked food to Singaporeans.

Feud broke out between Koufu and hawkers

Last Oct, a feud broke out openly with hawkers at Jurong West Hawker Centre, resulting them launching a petition against Koufu Group for unfairly penalizing the hawkers.

Koufu is founded by Mr Pang Lim (PBM), a grassroots leader at Pasir Ris-Punggol GRC. He is the Vice-Chairman of Punggol 21 CC Building Fund Committee as well as Patron of Punggol North CCC and Punggol 21 CCMC. 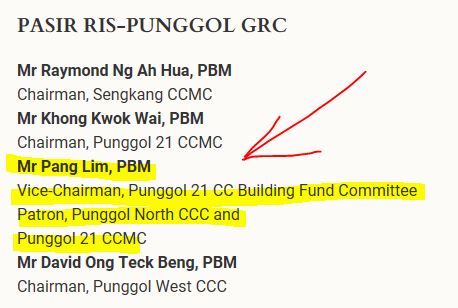 Hawkers were unfairly forced to pay $0.20 for each tray returned by the patrons. One hawker told the media that they had to pay Koufu’s subsidiary as high as $900 for tray charges at times.

When contacted by the media, an NEA’s spokesperson even sided with Koufu, saying that the stallholders were “aware of the charges involved before signing the (tenancy) agreement” with Koufu’s subsidiary Hawker Management. NEA is run by BG (NS) Tan Meng Dui, who took over from RADM (NS) Ronnie Tay, the former Chief of Navy, last Oct.

So far, tenants interviewed by the media said that things have not improved much since the hawkers’ plight came to the attention of the public last year. Just half of the 48 wet market and hawker stalls at Jurong West Hawker Centre are occupied.

A fruit and juice stallholder, who gave her name only as Madam Phan, said that some of her customers opt to eat at the nearby Koufu foodcourt before dropping by to buy her juice. “Business is not good and it is hard to break even”, said Madam Phan, 49, who pays about $2,000 a month in rental and other fees.

A Koufu’s spokesman said it is working on plans to rejuvenate the centre and attract tenants to fill the unoccupied stalls.

“Since the hawker centre opened, Hawker Management has worked closely with the stallholders, patrons, local community and authorities to improve the working environment for the stallholders and dining experience for the nearby residents and community visiting Jurong West Hawker Centre,” said the spokesman.

Based on Madam Phan’s testimony, it seems that even though business at Jurong West Hawker Centre may be affected, the nearby Koufu’s foodcourt is doing fine. Mr Pang Lim should feel gratified by this then.