China’s June export and imports both fell more than expected, putting pressure on commodities and equity markets after a four-day rally. Exports in June dropped 4.8% whereas imports shrank by 8.4%, showing that global demand is still soft and we haven’t seen signs of it reversing yet.

Chinese policy makers will probably maintain accommodative domestic policy in order to achieve their GDP target of 6.5-7.0% this year.  Going forward, a weaker yuan will play a positive role to support exports but the trade-off is the risk of speeding capital outflow.

Singapore’s economy shows signs of recovery. The 2Q GDP grew at 2.2% yoy, in line with expectation. The key change as compared to the last quarter is the manufacturing sector, which expanded by 0.8% due to strong growth in biomedical and electronic manufacturing. The construction sector, however, slowed to 2.7% growth from 4.5% in the previous quarter due to slower private sector demand. The service sector remains stable and grew at an annualized rate of 1.7%.

This GDP data shows that the local economy remains resilient facing the headwinds of global slowdown and political uncertainty. Market sentiment for Singapore equities has also improved along with the global market.

Sterling erased its earlier gains and traded lower this morning, as the market becomes concerned about the new terms of the UK’s relationship with the EU after David Davis, a Leave campaigner was appointed to the key role of secretary for leaving the EU by Britain’s new PM. 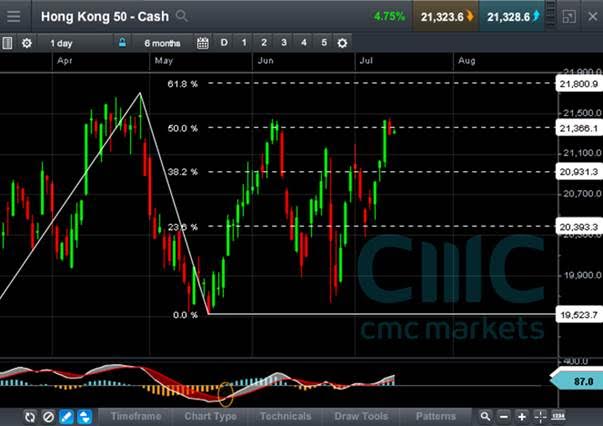 Paid only S$330 to care for sick and infirm