When the Straits Times reported on The Singapore Public Sector Outcomes Review by the Ministry of Finance (MOF), it did not attract a single comment of praise and roundly condemned as bias and fawning.

Readers are not wrong. Let me just pick out just the point about “our tax and transfers system remaining progressive”.

Page 20 of the Review noted the additional financial assistance to the poor and the needy and that the top 20% quintile pay the largest share of taxes and the bottom quintile receive the largest share of transfers from the government. It went on to state “The redistributive effects of these policies are evident: Singapore’s Gini coefficient is lower after government transfers and taxes are included.” 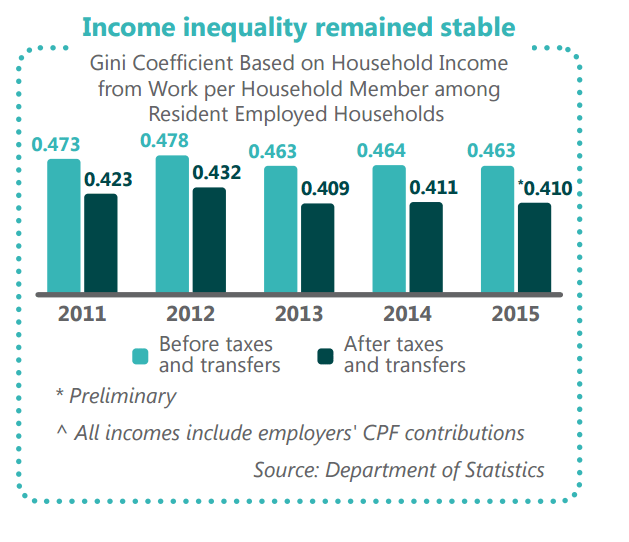 By the way, I wonder what happened to Tharman’s claim back in August 2015 that the Gini has fallen from 0.43 to 0.38 which took some academics and myself by surprise. That is yet to be proven.