Call for accountability on financial lapses before GE is held 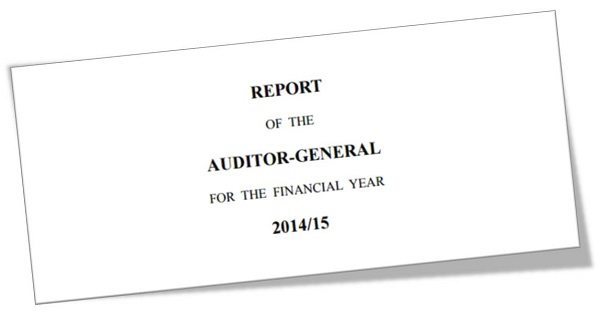 A statement seeking support from the public has been posted online as a petition calling for the government to investigate fully the recent slew of financial and accounting irregularities unearthed in the Auditor-General’s Office (AGO) Report.

“We… hope our government will investigate thoroughly the AGO audit lapses and come up with a official statement to address the concerns of the people,” the statement, posted on change.org, said.

“The lapses are both glaring and shocking as Singaporeans have all along place their trust in a government that has enjoyed above-board corruption-free governance for a very long time,” the statement by Gilbert Goh said.

The AGO report, which gave its findings of its audits of ministries and government departments and statutory boards, has raised eyebrows at the many questionable transactions and accounting failures uncovered by the AGO.

In particular, the public’s focus was on the People’s Association (PA) where the AGo had audited about 6.5 per cent of the 1,800 grassroots organisations under its charge – but found that 40 per cent of these contained accounting irregularities.

These included related-party transactions which were questionable, and specifically that one chairman of a Citizens’ Consultative Committee (CCC) – the apex grassroots organisation under the PA – had signed off on reimbursements to himself worth some $114,000.

Till date, neither the chairman, Mr Tonic Oh, nor the PA itself have explained why a CCC chairman would pay for the GRO’s dealings out of his own pocket and to such a huge amount.

Mr Oh was also found to have been involved in approving contracts to a company in which he was also involved.

The PA had claimed to have conducted an “internal panel investigation” and concluded – on the same day the AGO report was released – that it had found “no evidence of dishonesty” on the part of Mr Oh.

Separately, the AGO report also highlighted the dubious dealings of the National Parks Board, or Nparks, where the AGO found that it had awarded contracts worth more than $20 million without calling for the required open tenders.

Till date, Nparks had not fully explained why it had done so, or who were involved in such transactions.

Read here: “Lawrence Wong and the sound of silence“.

“We understand that no government will be 100% corruption-free but when a government decides to ignore seemingly serious financial lapses at ministerial level, it sent a very wrong signal to the people that it is unwilling to investigate and worse kept mum about such misgivings,” the petition said.

“We urge Singaporeans concerned at such gross ministerial misgivings and more seriously the government’s intentional silence to sign this petition asking for a full thorough investigation into all the mentioned lapses in the AGO audit report and provide the public with it’s findings before the next general election is called.”

You can sign the petition here: “Proper accountability on financial lapses related to AGO audit before next election“.