Singapore’s Education Minister Ong Ye Kung took to his Facebook to explain the Ministry of Education’s (MOE) reasoning for reopening schools amid the COVID-19 virus outbreak on Sunday (22 March), and local netizens were quick to express their frustration and slammed the minister’s explanations.

Earlier on Sunday, Mr Ong in his Facebook post underlined the three reasons as to why schools will reopen after the March holidays. His post came after the country announced that it will ban all short-term visitors from entering or transiting through the country from 11.59pm on Monday (23 March), in bids to reduce the risk of imported COVID-19 cases.

Mr Ong claimed the first reason is scientific evidence revealed that the younger group is less vulnerable to the virus compared to adults.

“Neither is there evidence to show that the young are vectors or spreaders of the virus. The reverse appears to be the case, where the young get infected by adults at home,” he noted.

The second reason is to reduce disruptions as the closure of schools will disrupt many lives especially working parents.

While the third reason is ‘precautions’, which he claimed the ministry had consulted with healthcare experts and implemented additional precautionary measures to safeguard the entire system.

Some of the measures include the Government’s existing leave of absence (LOA) and stay-home notice policy, checks on individuals’ travel history at school gates, two-weeks suspension of students’ co-curricular activities, placing students who are feeling unwell in an isolation room or sent home, ensure all students to sit apart, and constant supervision on students.

However, the majority of the netizens expressed their frustration and slammed Mr Ong’s explanation.

Most of the netizens voiced out their disagreement on Mr Ong’s remark that the younger group is less vulnerable to the COVID-19 virus, which he claimed was revealed by scientific evidence. 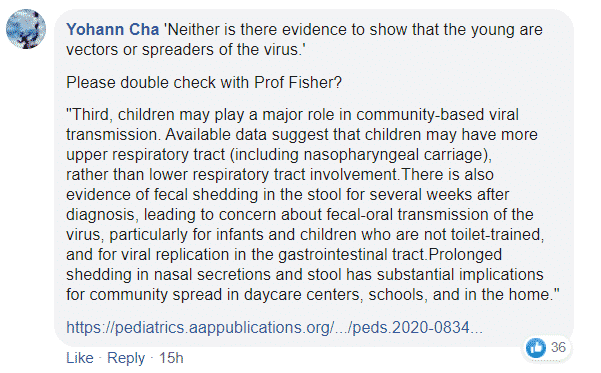 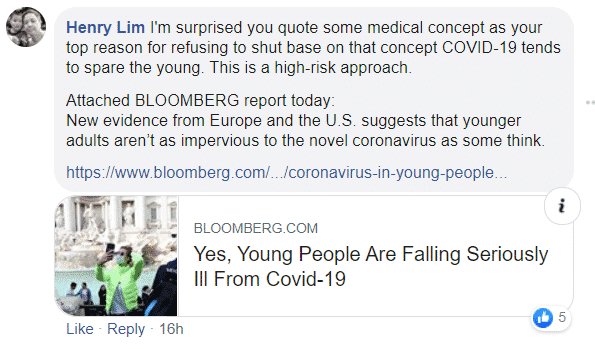 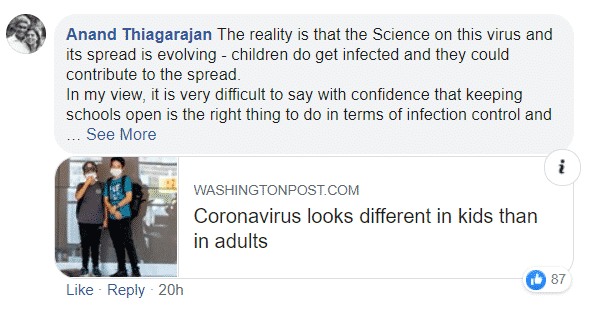 One commenter also asked about the students who have to use public transport as it is an air-conditioned confined space that may be prone to the spread of the virus. 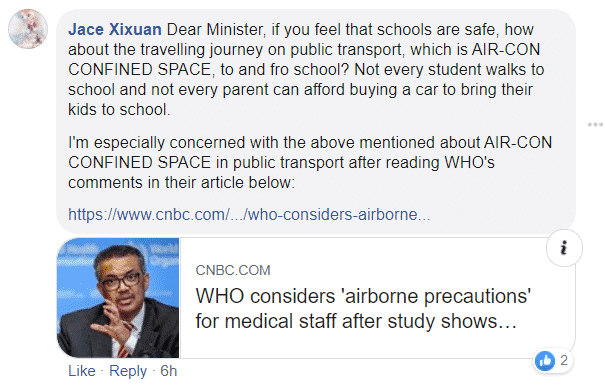 Some netizens questioned about the travel history checks at school gates as some parents may deny their travel history so their children will not miss classes. 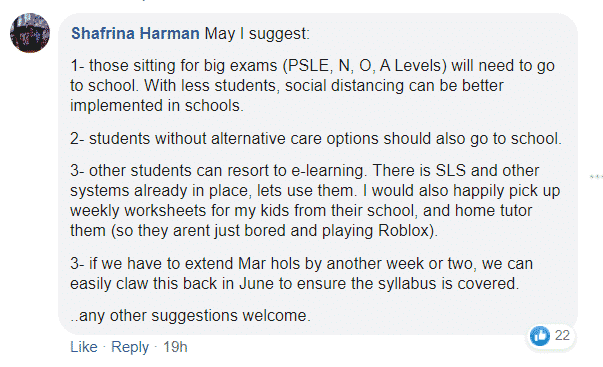 Others opined that the schools are not a safe place as children cannot keep hygiene properly.

One netizen wrote that temperature screening should be implemented when the students are at the entry gates, not when they are in the class.

Another netizen commented that not all children are resilient as some may have health complications.

While some netizens highlighted that MOE should give options to the parents who do not wish to send their children to school amid the COVID-19 virus outbreak.