(b) for the past five years, what is the range of total annual remuneration, including salary, annual and performance bonuses, paid to the top three higher paid executives in GIC and Temasek respectively

Presently, the CEO of GIC is Lim Chow Kiat and the CEO of Temasek is Ho Ching, wife of PM Lee.

DPM Heng was not present to answer Mr Png’s questions. Instead, the ruling government sent Second Finance Minister Lawrence Wong who is also the National Development Minister to reply to the WP MP.

He added that the government expects the Boards to hold accountable for their respective performances. But Wong did reveal that remuneration is based on performance and industry benchmarks, and supports a “prudent risk-taking culture”. A portion of the remuneration at both entities are also tied to long-term performance.

Not satisfied with the reply, Mr Png pressed further, “These two entities (GIC and Temasek) are managing our reserves, and the Government is the sole shareholder. Usually, shareholders would know the remuneration packages for the companies they own.”

Wong continued to evade. He said that there is a system in place to determine compensation and that past performances of the two firms show that the system works.

The system does not focus on “one or two expense items” such as remuneration; it consists of a “thorough assessment” to determine long-term expected returns — which then have to be proposed to the president of the country, who will conduct an independent assessment with the help of advisers, he continued.

“Ultimately, the Government evaluates the performance of the two entities based on their long-term returns, net of all expenses incurred,” Wong said, adding that the returns can be found in their annual reports.

Singapore Govt sits at the board of GIC

While Wong said that the government expects that the Boards to hold accountable for the respective performance and etc, he did not go on to reveal that he along with other cabinet members  sit on the board of GIC. And the information that Png is asking for is likely within the scope of information privy to the board of directors.

Salary of CEO of Norway Soverign Wealth Fund made public

While the ruling Singaporean government refuses to divulge the salaries of key management in Singapore sovereign wealth funds, namely GIC and Temasek, the Norwegian government appears to have no issues releasing such information of their key management working in Norges Bank Investment Management (NBIM).

Norges Bank Investment Management was set up by the Norwegian government to manage its oil fund. Its website said:

“The Ministry of Finance has on a regular basis transferred capital to the fund from the Norwegian state’s petroleum revenues. The fund’s capital is invested abroad, to avoid overheating the Norwegian economy and to shield it from the effects of oil price fluctuations.”

Even its fund size is displayed prominently and transparently on the main page of its website. At present, its fund is worth more than S$1.4 Trillion: 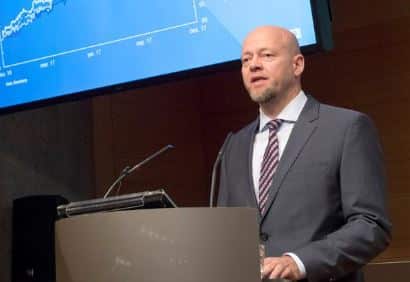 In fact, in Norway, its Parliament has a direct say with regard to the investment policies of NBIM. For example, Mr Slyngstad explained to Reuters why they are focusing in investing on electricity producers instead of coal producers.

“By far the largest … is electricity producers, which of course has been a specific focus for us because of the so-called coal criteria,” he said referring to the fund not being allowed by parliament to invest in firms that derive more than 30 percent of their revenue from coal.

Reuters also reported that NBIM is proposing to drop oil and gas stocks from its benchmark index, which would reduce over time its stakes in oil and gas companies. That proposal is under consideration at the finance ministry and will be voted by the Norwegian parliament at a later stage, Reuters said.

The Singapore government on the other hand, like Wong revealed yesterday, prefers to deal with GIC and Temasek at “arms-length”. And even when an MP wants to know the salary of key executives of GIC and Temasek in Parliament, he was rebuffed.