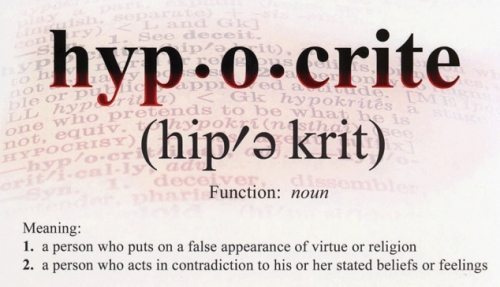 Reflecting on recent national issues that have happened here, it is sad to see how increasingly hypocritical our Singapore society is becoming.

Let’s review some of the more noteworthy hypocrisy:

The highly opportunistic PAP-run government has repulsively destroyed many vocal critics and opposition members over the decades and it has brazenly used public-funded resources like the People’s Association grassroots network to promote and protect the Party and its MPs.

Yet they have the audacity to prosecute powerless ordinary citizens and children (including sending teenager Amos Yee to a mental hospital) for defamation and even accuse them of being insincere and opportunistic?

Click here to read how the lawyer for PM Lee, in the ongoing court case against blogger Roy, has framed his attack by accusing the writer of being an opportunist.

Our government has launched Character building courses for students purportedly to teach them moral values. Yet the government leaders have time and again shown their own lack of integrity by twisting facts and telling half-truths and even lies just to make themselves look good (One big lie is calling Lee Kuan Yew our country’s Founder whenSingapore was founded centuries before he was born).  The G has even formed a committee to create a Founders’ Memorial, to basically honour the PAP pioneers, but curiously there is no historian in the committee.  All these lies and perversion of our proud history have been justified by them in the false name of protecting the country when all they are doing is protecting their party.

Along the same vein, our govt exhorts us to embrace Asian values yet these same people embrace the litigious nature of the West, eagerly suing vocal critics and ordinary citizens over the past few decades. Double standards much?

Our govt preaches a zero-corruption system while practising unethical cronyism such as blatantly rewarding and placing their own inexperienced “loyal soldiers” in well-paid top dog positions in the govt and in Govt-linked companies.  At the grassroots level,  loyal PAP/PA grassroots supporters  are rewarded with juicy benefits such as reserving the best units in unlaunched new HDB flat projects.

And more recently, there was a public uproar over the People’s Association unfair act of reserving places for their own people at the Aussie government-sponsored BBQ.

Ironically, a Resident Committee chairman had the gall to write to the Straits Times to defend this unfair move. When one is in power, one is blind to one’s faults and defiant to the very end?

The ultra conservatives in Singapore are loudly against the LGBT, to the ridiculous point of getting some children’s books like “And Tango Makes Three” removed from state-run libraries. Yet the moral police has long been oddly quiet on the rampant cheating and adultery committed by many people across religions. Hello, the Bible also says Thou shalt not commit adultery ok?

An increasingly extremist self-righteous group here is pushing to curb drinking and smoking in public. Some justify it by claiming their rights not to inhale secondary smoke. Yet, some of these people are likely committing worse “sins” such as polluting the air with the vehicles they drive and destroying the environment with the rubbish they throw and do not bother to recycle, and note the numerous plastic bags and Styrofoam boxes they use without any concern for the world.

A ridiculously self-righteous group of Singaporeans (many of whom appear to be fanatical [and opportunistic?] MIW supporters) like to file police reports over the slightest thing that they claim will endanger our racial/religious/country’s harmony and peace when many of these hypocrites secretly harbour racist views and are highly intolerant of alternative views.

Many of them including some PAP grassroots leaders behave in a shocking lynch-mob manner wishing for the worst to befall upon 16-year-old Amos Yee – from threatening to cut off his dick to wishing he gets raped in prison. Harmony? What harmony? What peace?

Our government and the grassroots community have been working to get us to become a kinder and more compassionate society which I am all for.

But looking at how the govt is treating our citizens including children like Amos (shackling, cuffing and sending him to jail and then to the Institute of Mental Hospital); and seeing the significant number of people who support the prolonged persecution of Amos including those who cheered the man who assaulted the boy in public, I think we have a very long way to go to gaining enlightenment on compassion.

With so many mixed messages being sent out by the government and community leaders, who should be good role models to our young, what are Singaporeans to think and make of all that is going on?

I wouldn’t be surprised if, looking at how our leaders behave, many of our young will think it is perfectly ok to lie, twist the facts and use every opportunity to advance one’s agenda regardless of ethics and fairness. The cynics will say hypocrisy is everywhere. That may be true but as citizens of our country, we have every right to reflect and ask what kind of society we want Singapore to become.

Is it a society that is shamelessly hypocritical and which believes the ends justify the means or a society that believes in good universal values of behaving with integrity and compassion?

Think about it. It’s your country, your home, your future.