A mother visits her son at IMH

My son was transferred from Changi Prison to the Institute of Mental Health (IMH) in Buangkok on 23 June at 12 noon.

This was ordered by the court so that he can be assessed to see if he is suitable for a Mandatory Treatment Order (MTO) to be issued by the courts.

I did not know he had been transferred to IMH until the next day. No one told me.

It has been a very exhausting journey these last few months for everyone in the family, but nothing compared to what my son, Amos Yee, has gone through and continues to go through.

Amos has always been a chirpy, confident and very vocal child. He is also very creative, and would spend an endless amount of time on something which he sets his mind on.

But my son is a different person now.

Since his arrest in March and the many twists and turns in the court case, Amos is now exhausted, and yes, frightened. And I can understand why.

He has been remanded in prison for so long (40 days now) – even before he is sentenced – that he probably feels things no longer make sense.

I walked through the entrance of heavy metal doors at block 7 at IMH on Wednesday.

I understand that block 7 is where they also keep the truly mentally ill patients, and those who have committed crimes or offences and who are also mentally unsound.

It is also where my son is being held.

I presented my identity card to the officer, and filled in the required visiting form.

There are about 12 tables in the meeting room which resembles a campus study area.

Amos is more “privileged” than others – he is allowed to receive visits from me three times a week.

I could see my son for one hour.

I wondered why my son, who is here to be assessed if he has autism, is kept here in the same block as those who are mentally ill.

“I want to go home and sleep,” Amos tells me.

He has been so tired in Changi Prison where he is kept in a cell for 23 hours everyday, with the bright lights kept switched on most of the time, for the past three weeks.

It was impossible for him to sleep.

But there was nothing he could do but to bear with it. So I can understand that sleeping is the one thing he wants most.

He wishes that he could sleep at home and go for daily assessment, but that is not what the court ordered.

But he is here in a mental institute, where he too is kept in a room.

He sees people with “crazy faces” and endures the “crazy sounds” all day long.

He is the only sound person among the unsound.

The thought of this makes me frightened and sad.

Amos is locked up alone, with closed-circuit tvs watching him all the time.

His “cell” has only a urinal and a mattress on the floor.

Nothing else, no bed.

There is not even toilet paper.

And then there is the siren, or alarm, which goes off each time help is summoned to restrain a patient.

That too happens often and adds to the mental anguish.

And again, those screams from the patients. They go on all day and all night.

I take comfort that Amos at least is allowed to read. I can only hope that this will help him get through these 2 weeks in IMH. 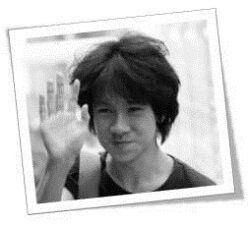 I am told that there is a private ward at IMH where my son, who is not mentally unsound, could be sent to.

But he is ordered to be assessed at Block 7.

Amos made a video and ended up in a mental institute.

I wish he could be home with me so I can care for him.