Three instances when another driver’s mistakes will cost you

In cases where your car insurer can not recoup the costs from the third-party after an accident, you may end up paying for it even if you were not at fault. Below, we discuss three times this can happen and what you should do to reduce the price you’ll have to pay for someone else’s mistake.

Imagine that you got into a car accident, or your car was damaged and now you are left with multi-thousand-dollar repair and hospital bills.

Imagine now, that you file a claim against the driver who hit you and their insurer comes back to tell you that your claim against them has been rejected. Unfortunately, these kinds of accidents can—and do—happen.

Below, we discuss three times your claim against a third-party insurer can be rejected and what you can do to mitigate the potential financial losses.

Getting Hit by a Drink Driver

However, as was the case with a couple of unfortunate cases, you may not be able to successfully a claim against the other party if they were found to be drink driving. This is because drink driving is under most insurer’s exclusions, and so they will refuse to provide coverage. This denial of coverage leaves you to reach a settlement with the drunk driver, file an own-damage claim or sue.

All of these options usually mean spending thousands of dollars with an uncertainty of getting any of it back. For instance, one of the drink drivers ended up agreeing to pay only half of the S$14,000 claim, leaving the innocent driver with S$7,000 worth of damage expenses. 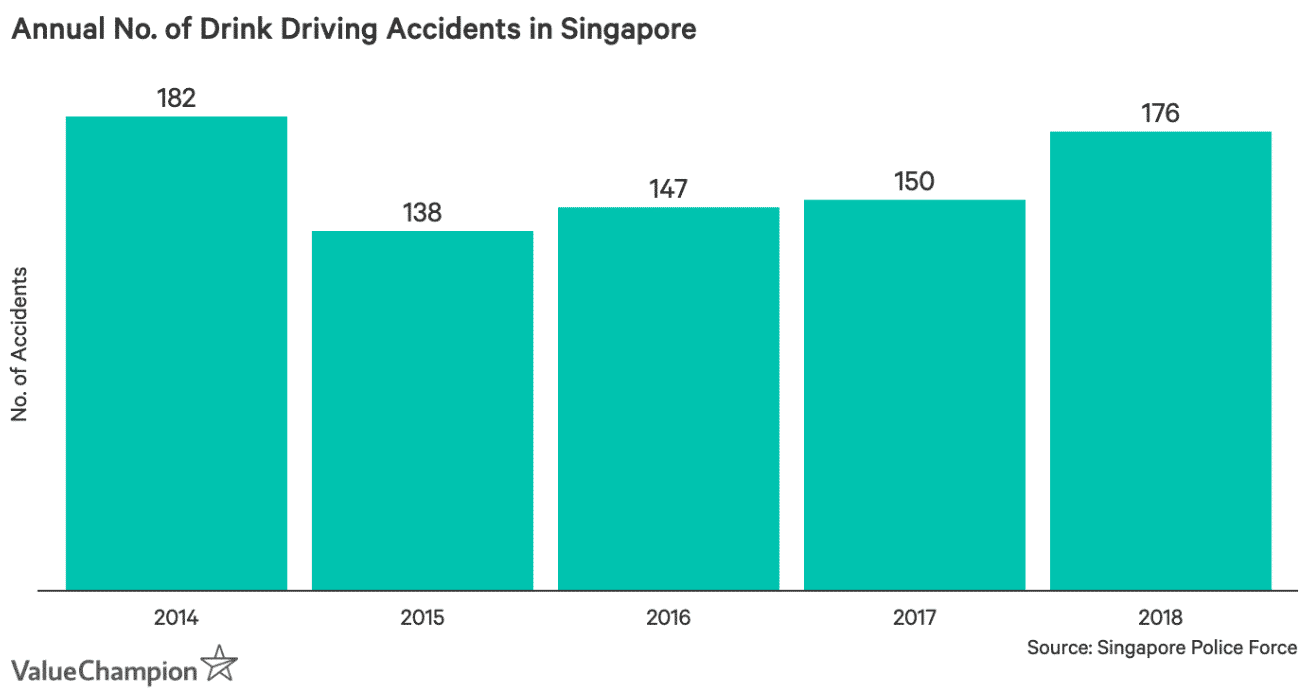 One thing to know is that third party insurance will still cover medical costs and death. Therefore, at least your medical injuries can be claimed, and you will only have to go after the other driver for your car’s damages.

Unfortunately, private settlements may not always result in you getting 100% of the funds needed and you may have to resort to claiming against yourself.

However, suing or a private settlement may be your best option because you don’t have to file a claim against yourself, which can result in increased premiums, out of pocket costs and a potential NCD reduction. For instance, a 35-year-old single male who had a flawless driving record with a 50% NCD and no claims would pay around S$800 to insure his 2018 Toyota Corolla Altis.

When one claim is introduced, that rate rises to S$1,130 (with an NCD drop to 30%). If someone with a less than stellar driving record has to claim against themselves for a major accident can increase your insurance premiums by as much as several thousand dollars.

Just as with drink-driving, if a car that is found to be illegally modified (especially in respect to the engine) hits your car, you may not be able to file a third-party claim. This means you will most likely have to pay for damages yourself or file a civil lawsuit—depending on the extent of the damages.

While certain car modifications like bumpers, car seats and fog lamps are allowed and do not even need to be reported to the LTA, other modifications (like the ones listed below) are illegal. Furthermore, even if the third party does modify their car legally but does not tell their insurer, you may also be unable to claim against them.

Similar to drink driving, you can find this caveat in the policy wording of your motor insurance policy. However, any injuries you sustained should be covered by the insurer, even if they void their third-party’s insurance.

In general, insurers allow more than one person to drive a car, as long as they are named in their policy. In very rare cases, some insurers will let anyone drive their car as long as they have explicit permission from the driver. 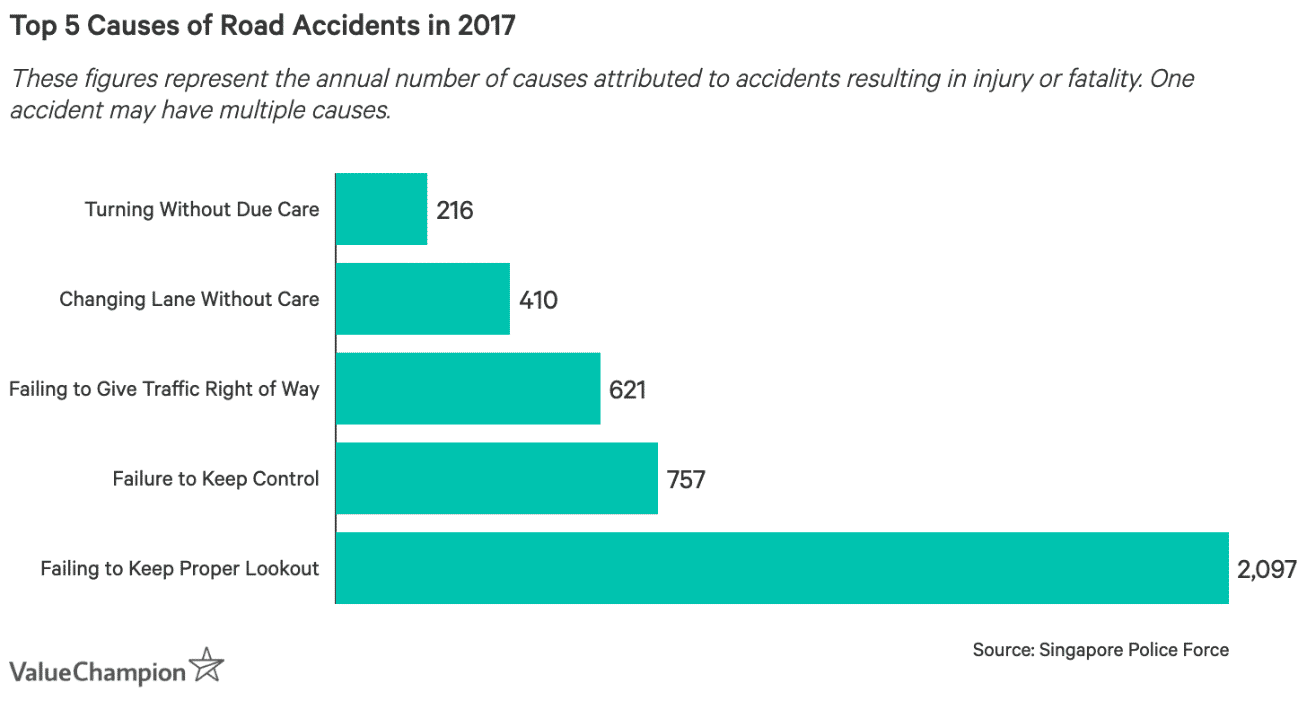 Unfortunately, because accidents are quite common in Singapore where there are significant traffic and congestion, even careful drivers may end up in a small fender bender. In the event the uninsured driver only caused minor damage to your car, you may be able to reach a private settlement. If the accident is moderately severe and it involves a police report, then you should seek legal counsel.

Unfortunately, if your insurer can not recoup the cost from the third party, your NCD will still be affected even if you were not at fault.

Reducing Out of Pocket Costs After A Denied Claim

So what do you do in these cases? If you have enough evidence to sue the other party, you may be able to recoup the damages done to your car. If you go to the private settlement route, you should be prepared to receive only a partial amount. The rest of your expenses can be reduced by shopping around for a trustworthy mechanic.

Additionally, if you are unable to pay the bill in full consider getting a personal loan to cover damages instead of charging everything straight to your credit card. It may not be the most ideal scenario, but you won’t be penalised by your insurance company and will be able to spread out your repair costs into manageable monthly payments and you can also reach out FIDReC, an Alternative Dispute Resolution institution, that can help you handle third-party property damage claims.

If you do decide to make an own-fault claim, you should ensure you have an NCD protector to avoid reducing your discount.

You should also make sure you have concrete proof of all your medical treatments, loss of income and damage costs. This is because should your case go to court, the amount of evidence you produce will play a crucial role in awarding you your payout.

While it may be tempting to milk as much money out of the defendant, doing so without proper evidence can draw out the court case. It can also backfire if they find out you exaggerated your claims, as was seen in one motor claims case where a woman tried to claim between S$8,000 to S$15,000 of damages caused by whiplash.

In reality, her symptoms did not match the definition of the whiplash she claimed to have and was thus only awarded only S$4,000.

Dealing With the Aftermath

Whether or not your claim will be accepted or denied, you still have to report all accidents to your insurer—even in the event of a private settlement. Doing so will not necessarily mean you were at fault.

Rather, these claims are also used for record-keeping. Furthermore, if after your own insurer’s investigation you were found to be not-at-fault and in some way they were able to recoup the costs from the third party insurer, you may not even see an NCD drop or higher renewal rates.

Car accidents can be very nerve-wracking for all parties involved, and one of the most worrisome aspects is the financial fallout. If your third party claim gets denied or someone involved can’t afford to cover the damage costs, it is easy to feel frustrated. Getting help with your finances and looking over all your options with a logical and rational approach can be a good way to separate the emotional trauma from strategic thinking.

To prepare for these accidents and to handle the aftermath with less confusion and stress, you can talk to your car insurer to get advice for navigating these kinds of accidents.

This was first published at Value Champion’s website, “3 Instances When Another Driver’s Mistakes Will Cost You“.