Ministry of Finance warned members of the public of various bogus text messages asking for personal information regarding SG Bonus.

In a Facebook post on Tuesday (9 October), the ministry stated that about 2.8 million adult Singaporeans will be receiving a one-off SG Bonus by the end of this year.

It noted that those who have registered their mobile number with SingPass would have received an SMS notification.

The ministry then stated to verify that the SMS was sent by the Government, members of the public should check whether the sender is ‘SG-Bonus’ or ‘SGBonus’, the SMS ask for no information from you, the URL to view more details/sign up for SG Bonus starts with “https://www.singaporebudget.gov.sg”, and that the masked NRIC (showing the last 3 numerals and letter) will be in the SMS.

Members of the public who have not registered yet will be asked to sign up by 7 November at a specified link and the message will also indicate the bonus that the receiver is entitled to and state that the final deadline to sign up is March 31 next year. Meanwhile, those who have already signed up will see a message, informing them that the bonus will be paid by December 2018.

The message will also show the last three digits and the letter in their National Registration Identity Card number. 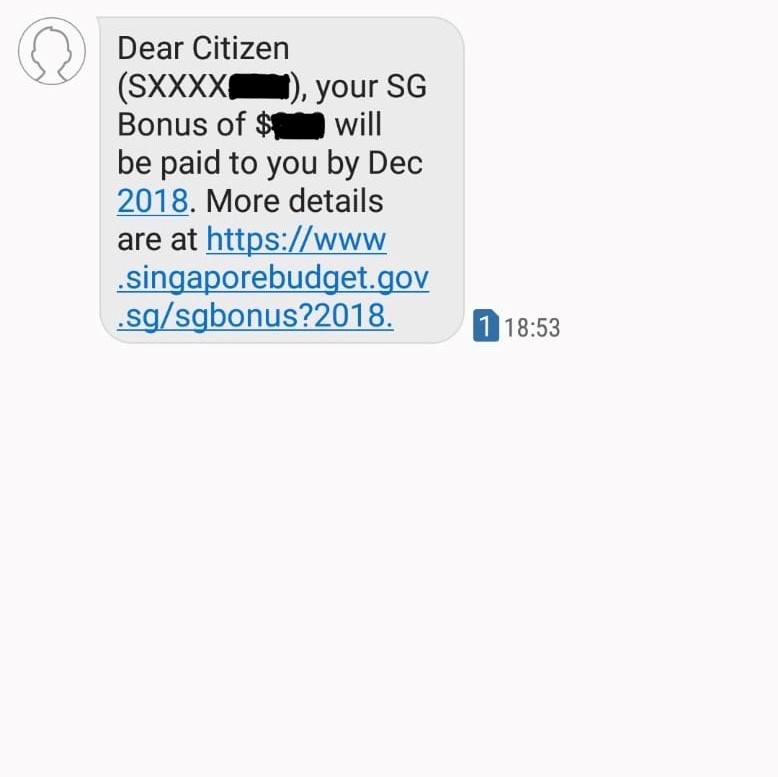