One of the smuggled Chinese Hwamei birds was found dead (Source : AVA).

Agri-Food and Veterinary Authority of Singapore (AVA) has announced that two Vietnamese who smuggled 12 Chinese Hwamei (Garrulax canorus) into Singapore were each sentenced to six months imprisonment today (29 December).

AVA said that the two men were also sentenced to four months imprisonment for subjecting the birds to unnecessary pain or suffering. Both sentences have been backdated to 15 December 2016 and will run concurrently.

On 9 December 2016, AVA said that it was notified by the Immigration and Checkpoints Authority (ICA) on the detection of 12 live birds in passengers’ luggage bags, which arrived on a flight from Vietnam to Singapore. The birds were concealed in white plastic containers and covered with personal belongings in two luggage bags. The two Vietnamese men were detained, and the birds and luggage bags were seized for AVA’s investigation.

AVA stated that its investigation identified the birds to be Chinese Hwamei, a protected species under the Convention on International Trade in Endangered Species of Wild Fauna and Flora (CITES). The investigation found that the birds had been confined for approximately twelve hours in the plastic containers without food and water. One of the birds did not survive.

As part of the investigation, AVA said that the remaining 11 birds were tested for avian influenza. One of the birds was found positive for antibodies against Influenza A virus (H3N8). This means that the bird was exposed to the virus before its arrival in Singapore.

As a precautionary measure, the bird was euthanized and the remaining 10 birds are being monitored in quarantine for signs of exotic or zoonotic diseases.

AVA noted that the Singapore Government has zero tolerance on the use of Singapore as a conduit to smuggle endangered species. Animals that are smuggled into Singapore are of unknown health status and may introduce exotic diseases, into the country. Singapore is one of the few countries in the region free from bird flu. AVA maintains its bird flu-free status through strict import regulations and enforcement.

For example, ornamental birds can only be imported from countries that are free from bird flu, and must undergo a 21-day pre-export isolation in the country of export. The birds must be tested free from bird flu before import. Upon arrival in Singapore, the birds are checked again for clinical signs of diseases, and samples are taken for bird flu, amongst other diseases.

AVA also stressed that the importation of any animals or birds without an AVA permit is illegal and carries a maximum penalty of $10,000 and/or imprisonment of up to one year. Importation of any CITES-protected species, including their parts and products, without a CITES permits is also an offence.

Offenders can be fined up to $50,000 per scheduled species (not exceeding a maximum aggregate of $500,000) and/or up to two years imprisonment. In addition, if the animals or birds were subjected to unnecessary suffering or pain, the offender may also be liable, on conviction, to a maximum fine of $10,000 and/or imprisonment for a term of up to 12 months. 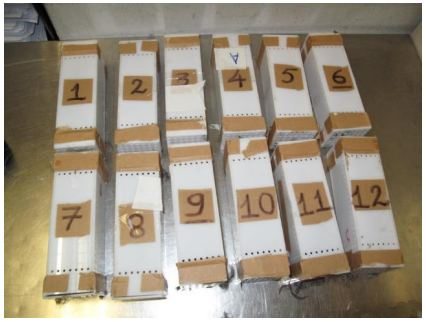 Study: How SEA countries keep up with increase in parcel volume caused by COVID-19