The Necessary Stage presents ‘Best of (His Story)’

Avid theatre-goers would remember Best Of by The Necessary Stage, a mono drama about a young Malay-Muslim woman going through divorce, staged to critical and popular acclaim twice in Singapore (2013 and 2014), and toured successfully to Kuala Lumpur, Penang, Brisbane and New York.

Come November 2016, Cultural Medallion winners Haresh Sharma and Alvin Tan will revisit the topic in Best Of (His Story), this time throwing the spotlight on the husband’s narrative.

Using the same methodology behind Best Of, Best Of (His Story) presents alternative perspectives not only on the issue of divorce in the Malay Muslim community, but also of belief systems, societal definitions of roles and the acceptance of difference.

“Even though Best Of (His Story) was created as a response to Best Of, it can and does stand on its own,” shares Resident Playwright Haresh Sharma.

“It is the story of a Malay-Muslim man trying to make sense of his life and marriage after what he thought would be a happily-ever-after ending. It is tragic, yet humorous; real and raw. The audience will definitely be in for a ride.”

Written by Haresh Sharma and directed by Alvin Tan, Best Of (His Story) will be performed by well established and popular screen and stage actor Sani Hussin.

In 2013, award-winning actress Siti Khalijah Zainal brought The Necessary Stage’s Best Of to life, playing the role of a young Malay Muslim woman going through divorce.

Now, accomplished TV and stage actor Sani Hussin takes the stage as the husband to share his side of the story in Best Of (His Story).

What happens when the estranged couple reunite at the Syariah court? What does he say to a wife seeking divorce? What can he say?

How would this change his view of what ‘home’ means?

Just as his wife had shared her day with the audience, he offers us a glimpse into a day in his life, his past, his dreams… and his beliefs. He too is not a stereotype. But after today, he may well be a statistic. 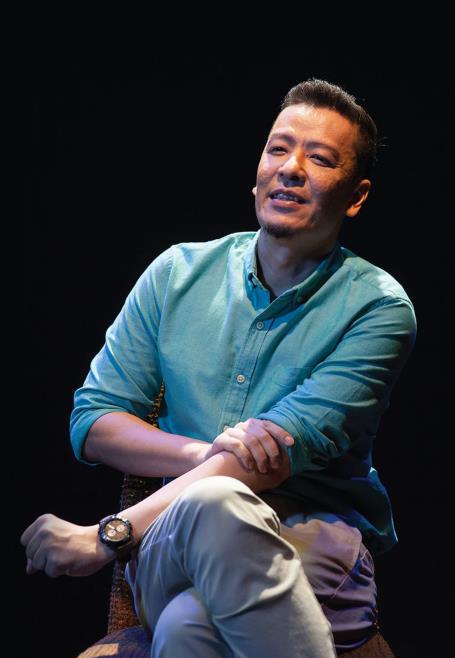 Besides being a familiar face on TV and film, Sani boasts of decades worth of experience in theatre, having worked with numerous theatre companies such as Teater Kami, Teater Ekamatra, Drama Box and The Actors Studio (Kuala Lumpur).

Sani won Best Actor for his role in Soldadu at Pesta Perdana in 1998 and Best Ensemble Cast for Shanmugam – The Kalinga Trilogy at The Straits Times Life! Theatre awards in 2006.

He was most recently seen taking on the titular role in Yusof, commissioned for Pesta Raya 2015 at Esplanade, as well as Manifesto by Drama Box and The Necessary Stage.

The Necessary Stage (TNS), formed in 1987 by the current Artistic Director Alvin Tan, is a non-profit theatre company with charity status.

Its mission is to create challenging, indigenous and innovative theatre that touches the heart and mind.

TNS is a recipient of the National Arts Council’s Major Grant FY2014-FY2016, and is also the organiser of the annual M1 Singapore Fringe Festival.

TNS also has the honour of being the only arts company in Singapore helmed by two Cultural Medallion recipients: Artistic Director Alvin Tan and Resident Playwright Haresh Sharma.

Ticket sales has started, the ticket outlets are at: