Mr Oh was revealed in the news on Wednesday as the chairman of the Admiralty branch of the Citizens’ Consultative Committee (CCC) who was highlighted in the Auditor-General’s Report for financial accounting irregularities.

The AGO had found that the chairman was involved in approving awards of two contracts totalling $32,000 to a company he was involved in; and for approving seven of his own claims which amounted to $114,767.

Mr Oh, however, disputed this, saying they were in fact payments for equipments in a company both of them were involved in, and for investments purposes.

At the time, Mr Oh was a shareholder, secretary and director of a company known as Multi-Tech Distribution and Services Pte Ltd.

Ms Chua herself was a shareholder and had been a director of the company.

In her affidavit of evidence-in-chief she confirmed that the defendant had made four other payments to her amounting to $14,000.

Records presented in court indeed showed that she was allotted and had paid for 200,000 shares in the company on 12 September 1997 at $1 a share.

Mr Oh also claimed that she extended a loan of $130,000 to the company to secure overdraft facilities of the company.

However, the court found that Mr Oh’s position on the payments Ms Chua made was not always consistent.

“While his defence pleaded that $200,000 was paid as investments in the company and $130,000 was extended as a loan to it, his opening statement claimed that all the payments were ‘the Plaintiff’s investment in the company as known to both parties’,” Judge Kan Ting Chiu said in his judgement.

While Mr Oh agreed that he had indeed paid $169,300 out of the $550,000 Ms Chua mentioned in her claim, he denied that it was a partial repayment of the loans as alleged by Ms Chua.

“There was no record of any kind produced to show the recruitment agency/equipment accounts or to show that the payment of $169,300 squared the accounts,” justice Kan said.

Mr Oh had argued that the company’s financial records showed that the payments Ms Chua had made were received and treated by the company as loans.

He filed a further affidavit and exhibited what purported to be a part of the company’s general ledger.

“He deposed he had just managed to retrieve it and was unable to produce it earlier because of the multitude of company’s records,” justice Kan said. “The ledger was for loans from the plaintiff to the company in June-December 1998.”

A witness was called to court to explain the ledger.

He was Tan Sing Lin, a freelance accounts clerk who prepared the general ledger.

“It transpired from his evidence that the ledger entries were not made contemporaneously with the transactions in 1998,” justice Kan said. “

Tan revealed that all the entries were made by him only a few months previously, on the instructions of the defendant who instructed him the payments were loans.”

“Tan’s evidence did not assist the defendant at all,” justice Kan concluded. “It only lead to further questions.”

Why were the entries not made contemporaneously in 1998?  If the ledger was prepared a few months previously by Tan, why was it not disclosed earlier in the action?  Why were the pay-in slips for these payments which Tan said were shown to him not disclosed or produced even at the late stage of the proceedings?

“I did not accept that ledger as an authentic record of the transactions referred to,” justice Kan said.

The judge also found it odd that the ledger did not record the loan of $130,000 mentioned in the defence.

As the credit facilities were offered and accepted in September 1998, it would be expected that a $130,000 loan the plaintiff made to secure the facilities will be reflected in the ledger ending 31 December 1998. 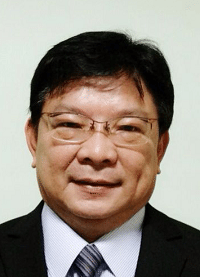 “The manner in which the ledger was produced and explained raised disturbing questions over the defendant’s good faith,” said the judge.

In his judgement, justice Kan found that Ms Chua should give credit for the $14,000 she received, and that $200,000 of those payments was payment for the shares allotted to her.

However, he also found that Mr Oh had failed to prove that of the payments the plaintiff made, $130,000 or any other sum was advanced as loans to the company.

“Consequently, I entered judgment for the plaintiff for $166,700,” Judge Kan said.

He also awarded costs of the action to the plaintiff.

It is unclear when Mr Oh joined the grassroots as a volunteer, but PAP Member of Parliament, Vikram Nair, in remarks made after the AGO report, said that Mr Oh “had served with distinction for many years.”

Mr Khaw Boon Wan, Minister of National Development and whose constituency includes the Admiralty ward, said he was “glad” that a People’s Association investigation panel had found that there was “no evidence of dishonesty” on the part of Mr Oh, with regard to the AGO report.

Since the AGO’s report on Wednesday, Mr Oh has resigned his position as chairman of the Admiralty CCC.

The CCC is the apex grassroots organisation (GROs) under the People’s Association which oversees 1,800 of these GROs.