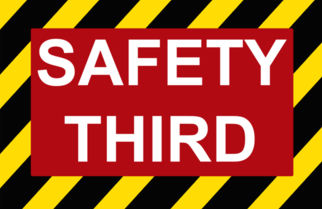 By Masked Crusader
The death of Russell Koh was a tragedy which resonated with many parents.
On 24 April 2008, 8-year old Russell died after being flung out of a school bus which was involved in a traffic accident. The incident sparked off a firestorm among Singaporeans. An article two weeks later in The Straits Times started with:
“Enough is enough. No other child should die.”
The tragedy was the subject of a Parliamentary session, where several MPs appealed for seat belts to be made compulsory in school buses. The following are some of the reported pleas:

“It is high time seat belts are made compulsory on school buses and the rule should be implemented immediately. This is very urgent. Young lives are at stake.”

“One death is really one too many.”

“The government has to set the standard for them [private school bus operators].”

“Seat belts are compulsory in cars, so why are they not compulsory in other vehicles? It doesn’t make sense because the dangers are the same for cars, vans or buses.”

The issue of safety on school buses was not new and had been discussed in Parliament as early as 2005. The solutions at that time were reduced traveling speeds for buses, automated hazard lights for buses when stationary, and the licensing of attendants on buses. A study on seat belts in school buses had also been commissioned but there were concerns about the costs of fitting buses with seat belts and who would bear the expense. In 2006, the then Transport Minister, Yeo Cheow Tong reported:

“As a result of these safety requirements, there have been no cases of children suffering serious or fatal injuries while traveling on a school bus over the past six years.”

In fact, there was a fatality in 2006 and this probably contributed to the intensity of calls for seat-belts following Russell’s death. In 2009, the Land Transport Authority finally made it compulsory for all school buses to be fitted with seat-belts. The Government would provide financial assistance to small bus operators for either the purchase of new buses or retrofitting older buses as well as for any booster seats that may be required for younger children. 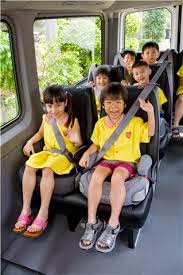 I applaud the MPs who spoke up on the issue. Their convictions resulted in positive change.
However, I also feel compelled to question the sincerity of these MPs who say nothing when year after year exponentially more lives and limbs of foreign labourers are lost in accidents involving lorries and pick-ups. [Extensive accounts and gruesome accident images of these can be found here.] Is the conviction of politicians only reserved for matters that impact those who vote for them?
It is an absolute travesty that in a country which is the millionaires’ playground, where ministers are the highest paid in the world, and whose citizens are among the highest wage earners in the world, we see workers being transported in the back of trucks made to carry cargo. Our parliamentarians who are empowered to do something about this illegal activity not only keep quiet about it but even craft legislation that makes it legal to transport humans as cargo!
A naive list of “stringent measures to enhance safety of workers transported on lorries”, to be phased in over three years from 2009, can be found here. The penalties are a joke.

It seems to be lost on the authorities that it is pointless to legislate for the infinite combinations of goods and people that can be carried in the back of lorries. In most cases, the goods themselves are the main cause of injuries to the workers. It is clear that the “one death is one too many” refrain does not refer to the lives of foreign workers.


Politicians must be made to realize that blood is on their hands. Employers too. Blood is on all our hands if we do nothing to stop the practice. We are all complicit by our inaction.
Construction sites around the country declare with some bravado that safety comes first. In English. Not in the language of the workers. So who are the messages for? Surely they are nothing more than public relations efforts since these companies continue to transport their workers in the back of lorries knowing that they are risking the lives of their employees. It makes a mockery of the banners these employers hang up at the construction sites. Safety First means nothing is prioritized higher than the safety of the employees. These banners should, therefore, read “Safety Third (after Costs and Convenience)”.
The Ministry of Manpower considered occupational safety so important that, in 2008, it formed the Workplace Safety and Health Council (WSH Council) comprising—incredibly—of “18 leaders from the major industry sectors (including construction, manufacturing, marine industries, petrochemicals and logistics), the government, unions and professionals from the legal, insurance and academic fields”. The vision of the Council is to forge “a country renowned for best practices in WSH”.
The WSH Council replaced the Singapore National Safety Council, established in 1966, which was quietly disbanded after a financial scandal involving several key members.
It is incredulous that industry leaders with an alphabet soup of credentials did not immediately identify the one occupational hazard they would see every day on their chauffeur-driven trips to and from work. Rather, within three years of their appointment, the Council members deemed that the priority was to start a new Workplace Safety and Health Institute (WSHI) to address the problem of WSH through training, something that was already being done by the Workforce and Development Agency.
To provide the WSHI with instant credibility, the Council appointed as its Executive Director, Dr Jukka Takala, who had served as Director of the European Union’s Agency for Safety and Health at Work. It has been three years since his appointment but Dr Takala does not seem to have noticed yet that workers are transported as if they are goods in Singapore, which would not be permitted in most, if not all, countries in the EU. And, that there is a chapter missing from his institution’s training manuals—the one on transport safety.
As an aside, what this demonstrates is that the culture in Singapore is so entrenched, so fossilized that even when we hire experts from overseas on the basis that they bring new ideas and international best practices, the so-called experts are unable to do anything but conform if they want to keep their highly-paid jobs. There are many in Singapore both in the private sector and civil service who will attest to this.
It seems to escape the WSH Council that the real problem lies in the lack of will amongst the Government, unions, and industry to protect lowly foreign workers, particularly if money needs to be spent to do so. And, that legislation and tough laws—among the best practices in first world countries—could inexpensively and expeditiously address the problem. Instead, we have legislation that ought to be unlawful, councils with busy high flyers, and WSH training manuals with missing chapters.
As is the case in most Government agencies in Singapore, disproportionate amounts of energy are focused on strategizing and developing grandiose vision and mission statements, designing logos and describing their finely-nuanced meanings, all of which look impressive on plaques on their premises when foreign dignitaries come to visit. Let’s not forget the obligatory swanky multi-million dollar buildings.
Really, what is needed is for politicians to dust off the moral compasses they left in their drawer following the day they asked for seat-belts in school buses and bring it with them to Parliament every single time.
Perhaps the best example of the malaise present in all sectors of society is to be found in the aftermath of an accident last year along the Pan-Island Expressway in which nine construction workers were seriously injured.
The Government, in all its wisdom—presumably after consulting with its WSH Council—introduced new safety rules which required lorries to fit canopies and higher railings to solve the problem. The following are some jaw-dropping statements included in The Straits Times article on the matter:

Basically, those who should know better are all agreed on one thing—what works best for Singapore is “Safety Third”!

This article was first published at maskedcrusader.blogspot.sg