The new charges appear to confirm a supposedly leaked document last week, which gave the new hiked fees and was circulated online around 5 September.
The LTA, however, had denied that it had released any such statements, and was reported to have said that the document was “fake”. (See here and here.)
The authorities are also said to have begun an investigation into the “fake” LTA document.
The charges in the leaked document, however, seem to be exactly the same as the charges released by the LTA today (12 September, Friday).
Leaked document: 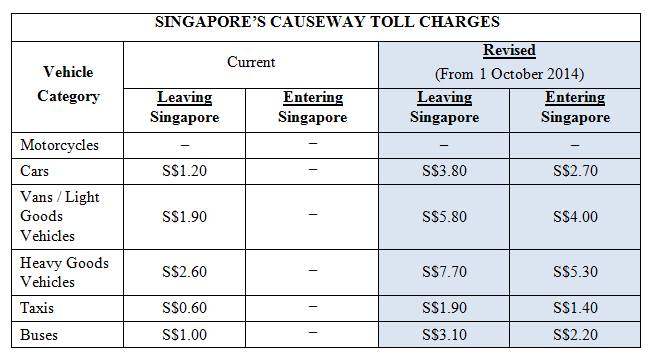