Eureka Moments by the Elite 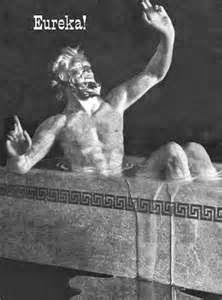 Ministers, it seems, can make any law or regulation without too much consideration or debate as long as it feels like a good idea to them.
Mr Khaw Boon Wan, Minister of National Development, announced yesterday in parliament that the Housing Development Board will only conduct valuations of resale flats after an Option to Purchase (OTP) has been signed by the buyer and seller. This ruling came into effect at 5 p.m. the same day it was announced.
It must have been very, very urgent. Unlike the government’s Fair Consideration Framework (FCF), aimed at ensuring employers’ fairly consider Singaporeans for jobs, which was announced last September but only comes into effect in August this year.
Again, unlike the FCF, which was an outcome of the Ministry of Manpower’s Our Singapore Conversation facilitations, the new Housing Development Board (HDB) regulation seemed to have been sparked by a eureka moment from the MP for Nee Soon GRC, Er Dr Lee Bee Wah.
It may be difficult for politicians, who have multiple properties and who do not live in HDB flats, to understand the importance of valuations to the common HDB buyer and seller, to whom the stakes are high. This new regulation creates a great deal of unnecessary stress and uncertainty to the transacting parties in an age where HDB deals can amount to as much as a million dollars. The impact will create unpredictable reactions among buyers and sellers which the MND bureaucrats cannot have anticipated since it chose to make its decision without consulting them.
A basic tenet of negotiations is that both parties should engage in as much due diligence as possible before signing a contract. This ruling, however, causes the parties to enter negotiations without critical information and adds an element of speculation that defies reason. It arbitrarily denies the buyer and, particularly, the seller their basic right to obtain a valuation for their property and a proper reference point to determine the sale price. This in itself may be sufficient to cause this new rule to be considered unlawful and result in legal challenges when deals go awry. In an era where litigation against government agencies and even constitutional challenges are becoming less uncommon, the MND itself may have some answering to do outside the safe confines of parliament.
The new rule raises the prospect of an increased number of buyers being unable to exercise their option to purchase due to the eventual valuation being lower than the agreed price. It also may cause sellers to look for ways to renege on their agreement to sell if the valuation is higher than they expected and if they feel there are more favourable deals to be had.
In his statement, Minister Khaw said:

HDB will rationalise the process of price negotiations and restore the original intention of valuation, which is to help buyers obtain a housing loan. In parallel HDB will publish daily, prices of resale transactions as soon as they are registered. This way, buyers and sellers can refer to the latest market information during their negotiations. Negotiating based on price rather than COV will take some getting used to. However, it is a useful move for long-term market stability.

His statement is flawed on several counts and is likely to instead create instability in the HDB market and a ripple effect on the private property market.
Khaw seems to think that the notion of Cash-Over-Valuation (COV) is a phenomenon unique to HDB flats. And, that the private property market does not operate in this way. In fact, a property can be sold for any price as long as the buyer and seller agree on the price, whether the price is below the valuation or over. The term COV exists in HDB parlance only because the HDB insists that it be informed of the sale price and the difference between it and the valuation.
Khaw opines that the intention of valuations is to help buyers obtain a housing loan. This is but one of the reasons for a valuation. Often the seller, too, wants to know how much his property is worth before putting it on the market. The buyer may use the valuation to determine what a fair bid would be for the property she is interested in regardless of the loan she wishes to take. Besides, it is not uncommon for buyers to pay for properties in full using cash or Central Provident Funds (CPF), so the issue of a valuation for the purpose of a loan is moot for some.
Khaw’s assurance that HDB will expeditiously update resale transactions on its website discounts many other factors that determine the value of a property. The renovation, direction the flat faces, the view, even the neighbours and many other intangibles affect the price a buyer is willing to pay for a property. Therefore, the price a neighbour’s flat sold for does not negate the need for a valuation on your own property. HDB should know better—it does not price all units of a new development the same even when they are in the same cluster.
By following up on MP Lee’s idea, Khaw seems to have disregarded the need to consider the views of those most affected by it—buyers, sellers, and the agents. This latest “idea” by the government is so ill-conceived that it is, once again, a stark reminder of the dangers of a one-party system—decisions made by elites in consultation with other elites, lack of proper scrutiny by parliament, and the trivialization of the rights of the common man.
This post was first published at http://maskedcrusader.blogspot.sg