[Readers Advisory: This is an academic article discussing on the basis of Singapore’s success, and contains discussion on religion which may be sensitive to some people. If you are not able to engage yourself from an objective and academic perspective, please do not proceed. By proceeding, you have agreed unconditionally that you understand this fact and that all actions and/or reactions are solely your own doings and you will not hold anyone responsible.]

Singapore’s success today is never due to People’s Action Party or Mr Lee Kuan Yew. However, PAP wanted you to believe it is – for obvious reasons.

There are also many people who believed it was Mr Lee Kuan Yew who single-handedly resolved Singapore’s independent issues and brought about the success of Singapore today, that is not true.

For huge achievements to be made, the basic environmental factors such as timing, location and the capability of the People played a very important role.

In Sun Tzu Art Of War, these are termed as timing (天时), the advantage of location (地利) and harmony of people (talents) (人和).

This article examines these factors in the success of Singapore to bust the myth that PAP created Singapore.

When Singapore declared its independence, it almost collapsed, but we were very lucky, we happened to ride on a great timing – The Chinese Cultural Revolution (1966 – 1976) has just begun in China.

We were helped greatly by Mr Mao Zedong. Without this incident in history, there would not be the Singapore we see today.

As what Mr Lee Kuan Yew described it himself, he was totally lost, with the People waiting to die, and the situation was getting worst day-by-day. In his own words: “We were in a pickle!”

“Independence was an economic disaster for Singapore. For a hundred years, its economy had been intertwined with that of Malaya. Industrial commodities like rubber and tin, were produced on the Malayan mainland and then transported to Singapore to be traded around the World. But in 1965, the link with Malaya was cut, and Singapore was on its own.

It had no industry, very few factories, and a growing unemployment problem. To make matter worse, the British were planning to pull out all the troops they still have on the island, and close their military base, which is the largest employer in Singapore, and generated 1/6 of the country’s wealth.

LKY: Some 50,000 direct employees would be out of jobs, and if you take the multiplier, you know, British forces here buy goods from the provision shops, and the dry cleaners, bars, hiring maids, etc. We were in a pickle. No one will know we were helped by the Chinese Cultural Revolution.

As so often, in Singapore’s history, events beyond its shores played a decisive role. The outburst of the revolutionary fervour in China, scared off Western companies from investing in Hong Kong and Taiwan. Instead, they turned to Singapore.

In the late 60’s, the first western electronics company set up basic assembly line in Singapore. In the 70’s, they were producing circuit boards and silicon chips. By the 80’s, Singapore was one of the leading centres in Asia for the production of consumer electronics.”

A nation full of hungry and desperate people, coupled with desperate investors – It was indeed a perfect match at the right time.

There were big talks about how great Singapore was in providing full support to those companies, but those were simply big talks, to put it in a neutral tone, it is plain bullshit. A nation with all the problems as highlighted above, it was obvious that PAP was going to be kicked out by the People soon, and they did not have any negotiating power.

Therefore, PAP and Mr Lee Kuan Yew were OPTIONAL in the success of Singapore. If you really wanted to find someone to worship, it is not Mr Lee Kuan Yew, it should be Mr Mao Zedong. 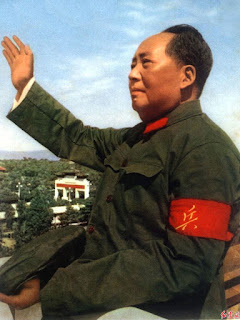 Today, many people still have the fallacy about PAP, not knowing that they were totally helpless at that time.

The advantage of location (Earth Power)

Rather than explaining to you on the great location advantage of Singapore, it is better to show you this documentary.

“The Suez canal was opened in 1869. At a stroke, it transformed the way goods were moved around the World. Before that, ships from Europe would sail around the Cape of Good Hope to reach the Far East. Now, they can come directly, through the Suez canal, across the Indian Ocean, then down the malacca straits and pass Singapore.

The canal cut 5000 miles off the journey, and brought a 50% increase in trade in the first 5 years. Once the Suez canal was being used as the normal mean of getting through Asia, Singapore had a completely fresh start. It was now seen and recognised, not simply as just a route to China alone, but simply as ‘the port’ for anybody who is trading in this whole region, and this became increasing role of Singapore.

In modern economics jargon, Singapore had become the ‘Hub’ of South East Asia, the first port of call for Western ships wanting to operate in the region. If ships were to come from London, and distribute various products, it would be much more economical if you come to a centre, and from that centre, it would be broken up into smaller, smaller parcels and distributes to different parts of South East Asia, that is the concept of a Hub.”

I am sure that if I don’t highlight this video, very soon, those PAP fanatics will start telling you that Mr Lee Kuan Yew ordered the construction of the Suez canal and how he had personally dug the canal in order to make Singapore the perfect location. They may even show you this picture, claiming  that it is the proof of him digging the Suez canal.

Well, we all know that Mr Lee Kuan Yew were not born then, but interestingly, there will still be many people who would believe that. Anyway, those fanatics had already backdated Mr Lee Kuan Yew’s contributions 200 years before he was even born and claimed that he turned Singapore from a fishing village to the hub today.

Despite Mr Lee Kuan Yew saying it himself that it was Raffles, those fanatics still continued this propaganda, as if Singaporeans are not the World clown yet. (See Myth #1)

The harmony of people (People Power)

Just a decade ago, we were the envy of the world. People were amazed by how we could be so diverse and yet so harmonious.

Discovery Channel did the following documentary on Singapore.

“… … Today (~2005), the Indian community still preserves ancient traditions from the homeland, tradition, which have disappeared in India itself. And Singapore other great community, then and now, were the Malays… … They came to make money, but also to worship freely. From the very beginning, religious tolerance was part of the ethos of multi-ethnic Singapore.”

The basis of it all is that we can worship freely and that religious tolerance was part of the ethos of multi-ethnic Singapore.

However, in just a decade of mismanagement, we had lost it completely. Today, silly people, without understanding the basis of the Singaporean spirit, went on to define their own REDLINE. Based on complaints from intolerant people, rather than educating those on the basis of social harmony in Singapore, they went about setting new rules and restrictions.

I sincerely hope that they can stop their foolish act and not play with religious fire, because practically, there is no way to impose restrictions that are fair and just to all religions.

If they continue to do such thing, in the worst situation, there could be a day where people might feel that despite the so-called restrictions that were meant for our harmony, it was biased in such a way that a particular religion is immune to all the regulations; and to put matter worst, if that particular religion is affiliated to the governing party in any way, all trust will be gone. I hope this worst case scenario will not happen, but if PAP insists on their foolish act, there is a possibility that this could happen. I hope PAP can spend some thoughts on this.

Looking at the list of problems that we had today, if we still blindly believed that it was PAP or Mr Lee Kuan Yew who created Singapore, we will all be gone in 20 years time.

Singaporeans had spent so much effort in building our own international brand name, we were once hailed as hardworking, highly educated and harmonious, but our 50 years of nation building effort had come to naught with PAP’s latest propaganda – that Singaporeans are useless and lazy. Singaporeans cannot blame others for insulting us, it is PAP who told them so.

If you have been wondering why this batch of PAP is giving us so much problems (Latest: DBSS, MRT, etc.), this article is the answer – Singapore’s success was never solely due to PAP in the first place.