Online disputes – trusting the people the way to go?

A little-known skirmish online that happened last week might give us pause to think about exactly how we should and want to approach online difference in opinion that can potentially be defamatory.

On 28 May, former Nominated Member of Parliament Calvin Cheng posted on his sponsored Facebook page about the dangers of “seductive messages” behind “terrorist groups” that “prey on the feelings of Muslims with promises of glory and power under a revived caliphate”. Presumably, Cheng made the post in response to the recent arrest of two Singapore teenagers under the Internal Security Act for alleged terrorism-related activities.

However, Cheng did not stop at a simple caution, but instead listed local poet and playwright Alfian Sa’at as someone that the government should watch out for.

“People like Alfian Sa’at for example need to be careful of their irresponsible rhetoric, which allege racial discrimination against our Malay-Muslim brethren… The Government should watch commentators like Alfian Sa’at closely and if red lines are crossed, the use of the ISA on these domestic agitators should not be ruled out.”

Those following Cheng on his Facebook page, including his supporters, had not been slack (see below) in rising to defend Alfian – who in actuality had been better associated with comments expressing objection towards the actions of Islamic-based terrorism groups.

Cheng, however, remained unmoved by these views.

“My statement has been vetted by a senior counsel. It is not libellous and I have not alleged he is linked to terrorism in anyway.”

Alfian himself had suggested potential legal action against Cheng if the latter did not remove the post. The lawsuit eventually did not happen, with Alfian deciding that Cheng deserved not his attention, but his pity instead.

“Once I get past my annoyance, I realise that what I really feel for Calvin Cheng is pity. Pity that the sheer paucity of people in his corner has led him to think that he is bigger than he really is. Pity that his responses in the wake of his slander has run along the lines of yapping taunts like ‘come sue me’, ‘I dare you to punch me’, ‘take a queue number’, ‘make me take down the flag from my profile’. Pity that in shooting his mouth off, he’s succeeded in shooting the messenger and his own foot.”

That the issue had died down, however, does not mean that we should not consider the wider implications and issues that come with such exchanges, as they would surely reappear.

The fact that Cheng had arrogantly challenged a lawsuit, citing the opinion of a “senior counsel” as protection, should give us pause to think about what exactly defamation suits in Singapore mean. It can been seen that many have seen defamation in Cheng’s post, yet that alone hardly motivated Cheng to take action. Was Cheng’s “senior counsel” of the view that even as many saw defamation in Cheng’s post, it would pose no risk to Alfian’s reputation?

The appeal case for the contempt of court charges against Alan Shadrake might suggest as much. In his written judgement, Judge Andrew Phang noted that:

“…those who come into contact with the impugned publication may not always be average reasonable persons. They may be less rational, or, I should add, they may be more discriminating. It is therefore not always appropriate to assess the real risk to public confidence by reference to the average reasonable person – the appropriate reference point depends on the facts of each case… Finally, there is the fact that judges in Singapore are the sole arbiters of fact and law in cases coming before the courts.”

By this, we might infer similarly for defamation cases that a measure of how Cheng’s post might impact Alfian’s reputation is dependent on the “real risk” as evaluated by a “reasonable person”, which is defined by the facts of a case put before the courts rather than the views of actual persons.

In other words, just because plenty of people thought Cheng’s post to be defamatory does not mean that the courts will see it that way and award Alfian his rights accordingly. In such a situation, one might wonder if actual public outrage at a perception of defamation might be of any use in supporting a case for it, and if the law would be able to protect a person based on such perceptions.

The law, however, need not be the only way in which a person can be protected. In the lead up to the amendments of the Broadcasting Act in 2013 proposed by the Media Development Authority, the government had tried to impose an online Code of Conduct that very few in the online sphere reacted positively towards.

The plans were supposedly shelved in May 2012 by the Communications and Information Minister, perhaps content to exercise it through MDA’s exiting Internet Code of Practice. But in August 2012, the Media Literacy Council was formed to “spearhead public education on media literacy and cyber wellness, and advise the government on the appropriate policy response to an increasingly complex and borderless world of media, technology, consumer expectations and participation.”

MLC also professes a set of best practices that suggest a few values and social norms that online users can adopt “to becoming a great communicator – your friends will stay friends, and you won’t make enemies”. These values include empathy and graciousness, respect, responsibility and integrity, and resilience. 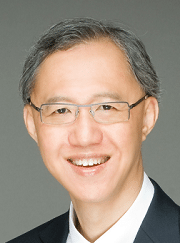 Cheng is listed as a member of MLC, so it was logical for TOC to ask its chairman, Prof Tan Cheng Han, if Cheng’s post went against any of these best practices, and if the council had any specific guidelines for its members.

“I have spoken to Mr Cheng and while I understand that he was trying to warn against religious extremism, I told Mr Cheng that I do not agree with the manner in which he did so,” said Prof Tan.

What it was clear that Prof Tan did not explicitly condone Cheng’s post, there was no action taken against him. As such, community standards – if MLC’s guidelines can be viewed a such – might also be just as ineffective when dealing with undesirable content online.

Perhaps the one aspect that really saved the day in this little fracas was that the online community surrounding Cheng’s Facebook page took it upon themselves to correct the wrong.

They did it without having to file police reports, throw out legal notices, engage in name-calling (mostly) or, as what Cheng himself did, name-call or challenge their detractors. They simply stood up for what they believed in, and stood by who they believed in.

Perhaps one of those commenting on Cheng’s page have rightly pointed it out: “Alfian, don’t need to sue him. Why would you waste that money? Look at the Amos Yee case, some people bolster their stand by perceiving what confirms their views. So, just chill, sit back, and watch the people on the internet do their job.”

Cheng’s quarrel with Alfian was an insignificant but useful case study, as it brought together the three aspects of how the Internet can be regulated. Two of them, specifically two that the government has been at ease to implement, have failed spectacularly at stopping the hate. Instead, the online community have done a mighty good job on its own.

When MDA or MLC once again deign it necessary to impose laws or community standards, it would do well for them to think about this little incident. It is clear for all to see that sorting it out at ground zero, with nothing more than sound arguments from the affected parties aimed at convincing rather than silencing, can serve us better before things get blown out of proportion. The burden of proof now is on the authorities to show why more regulation is needed, or was ever needed to begin with.

“Comparing Alfian’s work/posts to ISIL propaganda? I think the profile of people who consume his work, are markedly different from those who get radicalised. Your post is an example of “irresponsible rhetoric”…”

“I’m not saying Alfian is right, and I don’t know enough about the Malay/Muslim community’s life in Singapore to comment on whether they are indeed discriminated or not. But if Alfian does see it that way, then there’s nothing really wrong with him trying to make us aware of a problem which, to his opinion, exists.”

“Alfian Sa’at should take legal action, this guy has character assisinate you and claim Alfian is stoking the flame and people like Alfian has the abilities to influence people to act in an uncivilised manner, this is detrimental to your reputation Alfian, sue this Calvin guy.”

“Calvin Cheng I actually respected you. But I can’t believe you actually made such defamatory remarks to one of Singapore’s most celebrated figures in the arts scene… This is too low for a respected public figure, even as a socio-political commentator, to speak like that. Any logical person would never put Alfian and Islamic extremism in the same sentence.”

“Mr. Cheng, are you serious? You called Alfian a “domestic agitator”, and recommended the ISA be used against him if things escalate. If you aren’t making such a statement, then I suggest you change your post, because it’s clear you’re linking Alfian to terrorism.”

“…your accusations towards Alfian are completely unfounded, and I think you should at least apologise and take down the post that you’ve made. If you want to charge him with such an accusation, recognise that you are walking on sand, because Alfian has never stood for extremism.”