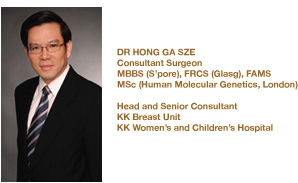 The High Court ruled last month (4 Sep) that the Singapore Medical Council (SMC), which sought a legal bill of $1.33 million against Dr Susan Lim, had highly inflated its bill and reduced the amount to $317,000, less than 1/4 of the original amount sought.
SMC was earlier represented by Senior Counsel Alvin Yeo and Melanie Ho of WongPartnership LLP. Alvin Yeo is an MP of Chua Chu Kang GRC.
One of the bills that was reduced by the High Court was that of a medical expert used by SMC, Dr Hong Ga Sze. He was testifying on SMC’s side, giving testimony against Dr Susan Lim in her trial 2 years ago (‘Susan Lim case: SMC member’s fee ‘exorbitant’‘).
Dr Hong’s expert witness fees “very high”, “exorbitant”, “disproportionately high” and “questionable”
In its ruling, the High Court described the fees charged by Dr Hong as “very high”, “exorbitant”, “disproportionately high” and “questionable”.
Dr Hong’s fees were purportedly incurred as follows:

In its judgement, the court said, “Dr Hong’s charge of $14,000 for giving expert evidence on just one day (8 Apr 2010) is very high when one compares that with the expert fees allowed in the precedents and when the expert evidence that Dr Hong gave did not involve complex, technical or medical expertise… Dr Hong’s expert evidence related to billing practices.”
“It is therefore questionable whether the Applicant (SMC) should be allowed to claim against the Respondent (Dr Susan Lim) for the full extent of the fees that Dr Hong charged the Applicant,” the court added in its judgement.
The court also found that Dr Hong’s fee of $6,000 just for “standing by”, that is, waiting to take the witness stand was “exorbitant”.
The fee of $6,000 for preparing a trial report by Dr Hong was also “disproportionately high” when another medical expert witness more senior than Dr Hong charged only $1,000 to prepare a similar report that opined on the same issue – whether Dr Lim had overcharged her patient, the court said.
On the $14,000 fee for “pre-trial discussions with WongPartnership” from 18 March 2009 to 3 February 2010, the court found this to be “questionable”.
“18 March 2009 was even before the notice of inquiry was issued by the Applicant (SMC) to the Respondent (Dr Susan Lim),” it said.
The 18 March 2009 date also fell outside the time period on which the SMC bill was premised. SMC had earlier stated that the bill was for work done from 29 July 2009 to 17 July 2012 with regard to SMC’s case against Dr Lim.
Hence, the court decided to slash Dr Hong’s fees of $40,000 in total to just $5,000.
As it turns out, Dr Hong, who is the head of KK Breast Unit at the KK Women’s and Children’s Hospital, is also a council member of SMC [Link].
Complaint filed with SMC against its own council member
Dr Susan Lim’s husband is now filing with the SMC, a formal complaint against Dr Hong for overcharging. Going by the ruling from the High Court, Dr Hong had overcharged his fees by 8 times.
An SMC spokesman told the media, “It is the policy of the SMC not to comment on the existence or otherwise of any disciplinary proceedings.”
The matter has been put before the SMC’s complaint committee, which will decide if it has merit and deserves to go to a disciplinary tribunal for hearing.
This article was first published at TR Emeritus.