Member of Parliament (MP) Baey Yam Keng has called on his party “to consider legal action” as a response to edits made to the party’s Wikipedia page.
“Wikipedia is a free encyclopedia, written collaboratively by the people who use it,” the Wikiepedia site says. “It is a special type of website designed to make collaboration easy, called a wiki.”
“Don’t be afraid to edit,” the page says, “anyone can edit almost every page, and we are encouraged to be bold!”
But to Mr Baey, who is the People’s Action Party (PAP) MP for Tampines GRC, the edits made to the PAP Wikipedia page were “vicious”, according to local news reports.
The text of the PAP Wikipedia page is believed to have been edited apparently without the PAP’s knowledge on Wednesday.
The name of the page, for example, was changed from “People’s Action Party” to “Party Against People”, a phrase which has been used by some people to describe the party.
The edited Wikipedia page also described the PAP as a “fascist regime”.
“Down with the Fascists, down with the tyrants, long live the people, long live equality, long live socialism!”
It accused the PAP of “suppression of freedom of speech”. It cited the recent legal action taken by Prime Minister Lee Hsien Loong against blogger Roy Ngerng as proof of this.
Mr Lee is also the secretary general of the PAP.
The edited page urged Singaporeans to “make the right choice” in 2016, a reference to the expected date of the next general elections.
“Only then will the tyranny of Lee Hsien Loong and his cronies will [sic] end.”
“If I get arrested for editing this article,” the user said, “this shows that the government of Singapore is nothing but a fascist regime that should be wiped off the earth.”
According to local news reports, Wikipedia had “addressed a note on the site to AlikVesilev about the June 11 edits.”
AlikVesilev is believed to be the moniker of the user who made the edits.
Wikipedia apparently also said the edits “appear to constitute vandalism.” 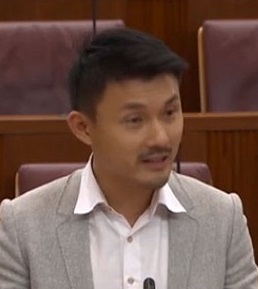 Mr Baey, who is the deputy chairman of the Government Parliamentary Committee (GPC) for communications and information, said the modifications to the page “are certainly not something we would condone or support.”
“Whether any legal action can be taken is something we need to consider,” he added. “We need to look at whether there is indeed any legal recourse for us. Ultimately, it is quite a vicious attack.”
He said his party has not decided if it would make a police report about the incident.
According to lawyers, seeking legal recourse might prove futile or difficult, as it may for example “require an extremely expansive reading of the Vandalism Act for this [incident] to qualify”, the news reported Mr Choo Zheng Xi as having said.
According to another lawyer, the Vandalism Act “does not seem to cover such edits to Wikipedia pages.”
Edits to Wikipedia pages, however, can be reversed or undone.
“Remember – you can’t break Wikipedia; all edits can be reversed, fixed or improved later,” the Wikipedia site says. “Wikipedia is allowed to be imperfect. So go ahead, edit an article and help make Wikipedia the best information source on the Internet!”