A member of the public Jason Goh Yew Choon wrote to ST Forum today, asking the grassroots organisations at Tanjong Pagar GRC and Radin Mas SMC to focus on celebrating local festivities instead of foreign ones (‘Forum: Community event could have focused on Deepavali instead‘, 29 Oct).
“Tanjong Pagar GRC and Radin Mas SMC organised a Fright Night event for Halloween at Tiong Bahru Park last Saturday,” Mr Goh revealed.
Even as Mr Goh applauds the efforts by the grassroots organisations of these 2 constituencies in organising such event, he feels that it might be better if Deepavali could be celebrated instead.
Mr Goh opined, “Instead of organising an event centred on an ancient European pagan ritual, the organisers could have, instead, conceptualised a bazaar or a street party celebrating Deepavali, the Hindu festival of lights, which was, coincidentally, only one day away.”
“This would have provided the population of new citizens in Tanjong Pagar GRC an opportunity to learn about Singapore’s multifaceted culture and varied religious festivals,” he added.
“It would also have provided an opportunity for non-Hindu Singaporeans to understand more about Hindu festivals. A lot of my Singaporean friends still have the mistaken notion that Deepavali is the new year for all Hindus.”

In Singapore, Deepavali is celebrated as a local festivity. The government even declares a public holiday for the Deepavali celebration.
This is not the case for Halloween, which Mr Goh has rightly pointed out that it originated from an ancient European pagan ritual. The tradition of Halloween actually came from the ancient Celtic festival of Samhain, when people would light bonfires and wear costumes to ward off ghosts. In the eighth century, Pope Gregory III designated November 1 as a time to honor all saints. Soon, All Saints Day incorporated some of the traditions of Samhain. The evening before was known as All Hallows Eve, and later Halloween. Over time, Halloween evolved into a day of activities like trick-or-treating, carving jack-o-lanterns, festive gatherings, donning costumes and eating treats.
Under the Holidays Act, Deepavali mentioned in the Schedule of the Act is indeed kept as a holiday in Singapore: 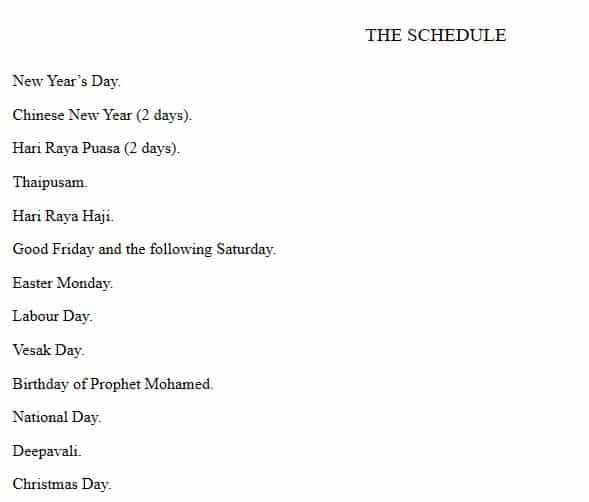 Halloween is not mentioned inside the above Schedule.