Four seemingly harmless things that can flag you for insurance fraud

Folder with close up on the word claims and a note where it is written under investigation. Concept of insurance fraud, 3d Illustration (Photo by Olivier Le Moal from Shutterstock).

When it comes to insurance, we all want to receive fair compensation. However, there are times when trying to get the most amount of money out of your insurance policy may actually mean you may be committing insurance fraud. Here are the things you should avoid doing to stay on your insurer’s good side.

But how do insurers detect fraud? There are actually a number of factors that insurers mark as red flags when considering claims. While some investigations point to simply criminal actions like staging accidents, other instances are much more nuanced.

Below, we discuss four things you may do that seen harmless, but can actually end up being flagged as insurance fraud.

Inflating the Cost of Your Home Furnishings or Valuables

It may seem tempting to over-insure your household possessions and valuables to be able to claim more money for better furnishings. However, insurance companies require you to submit proof of payment for the items you are claiming, so citing a price that you can not prove will most likely not get your claim approved.

Furthermore, if the insurance company finds your claim amounts to be unreasonable (for instance, you are trying to claim S$2,000 for your S$300 Ikea couch), you may get dinged as trying to commit insurance fraud. This can void your policy, and can even result in a lawsuit to recoup the claims that were paid out to you.

Average Cost of Furnishing a Home in Singapore

The same concept applies to travel insurance claims regarding lost belongings. For instance, say you took a trip and you got your wallet stolen. You only had around S$20 in cash, but you decide to claim for S$150—why not make some extra cash for the trouble you went through?

While it is hard to prove exactly how much cash you had, you would likely be responsible for providing proof, like a cash withdrawal. Thus, may get your claim rejected and your policy voided by trying to inflate your claim amount. Interestingly enough, travel insurance fraud may be on the rise.

For instance, AIG saw a 130% increase in fraudulent travel insurance claims between 2014 and 2015. This may suggest that either travellers are unaware they can get in trouble by exaggerating losses, or they believe it is a quick way to earn some cash without repercussion.

Exaggerating the Severity of Your Injury or Illness

Besides travel and motor insurance claim fraud, personal accident claim fraud is also common in Singapore. One highly publicised case involved a chiropractor and two insurance agents who defrauded Manulife out of more than S$14,000.

The premise of the scam involved getting patients being treated for pre-existing conditions to purchase personal accident policies and lodge claims against their “injuries”. While this is an extreme example of fraud, even smaller scale exaggerations can land you in hot water with insurance companies.

For instance, you got injured at work and you go to your doctor to find out you sprained your wrist. While you can go back to work within a few days, you instead decide to beef up the injury a little bit. With the help of your doctor, you submit your claim for a fracture or a broken bone.

If you arouse suspicion with an unreasonable personal accident or Work Injury Compensation claim, insurers may hire a private investigator to follow you around. If you are caught faking or exaggerating your accident, you may end up paying the claims that were given out as well as the investigation costs.

Accidents can happen at any time. Unfortunately, your insurer may be less likely to believe you if you file a claim too soon after you buy a policy. This is because in the insurer’s eyes you may have purchased a policy knowing a claimable event would occur. 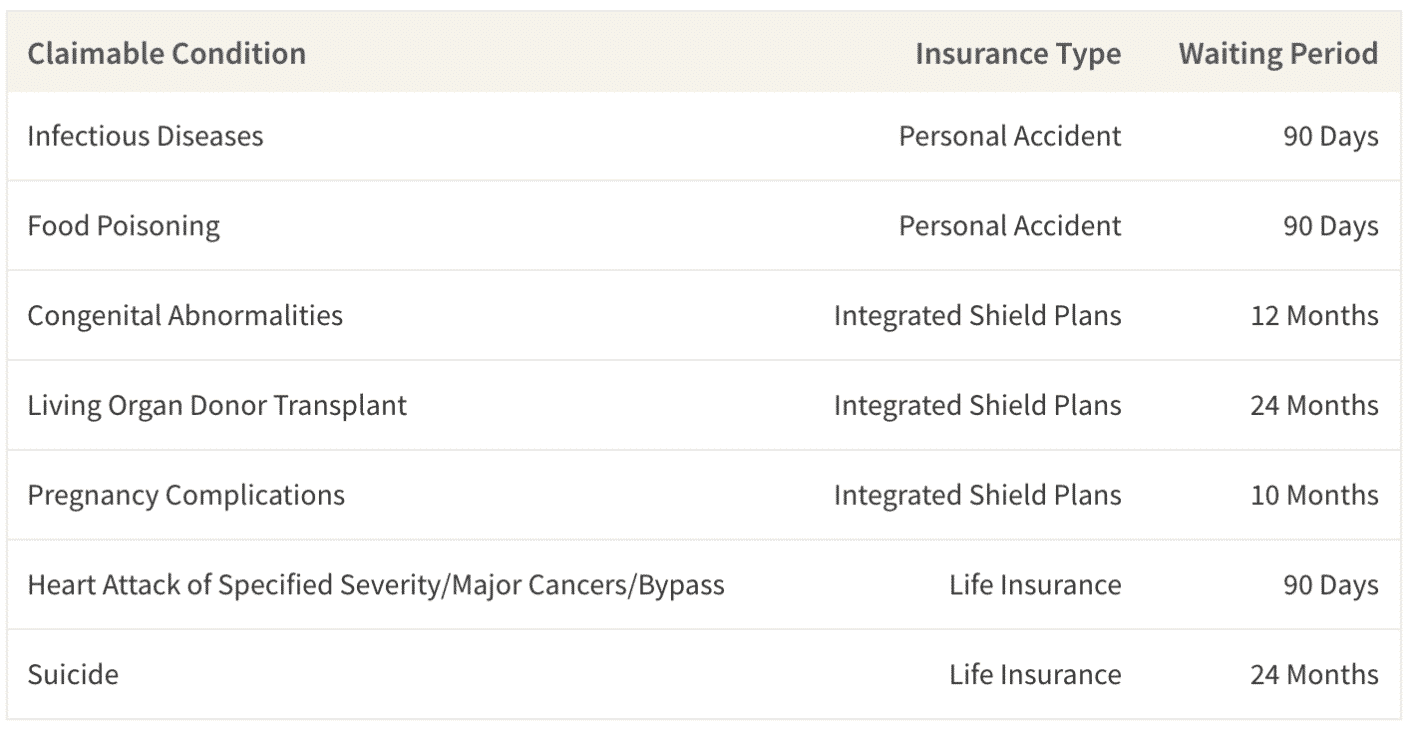 Claiming for Heirlooms or Items Paid For in Cash

Let’s say in a terrible house fire, you lost an heirloom belonging to your great-grandmother. While it’s sentimental value may never be replaced, you are hoping to at least recoup some of its worth. Unfortunately, if you forgot to add the heirloom to your policy, you may be flagged as trying to lodge a fraudulent claim.

Furthermore, if you try getting someone to “appraise” the item as proof and the insurer becomes suspicious, you may get in trouble for misrepresenting your claim. This can be even more suspicious if you can’t keep your story straight and submit one amount to the police and a separate amount to your insurer.

A similar concept applies for items purchased in cash. While it is normal that some things won’t come with receipts (like great flea market finds), claiming losses for a large number of items without having sufficient proof of their value can be a red flag. When you couple that in with not knowing where you obtained those items, insurers can get suspicious and may end up investigating your claim further.

Fraudulent Claims Harm Everyone in the Long Run

Misrepresenting or exaggerating to increase your claim may seem like it won’t hurt anyone but yourself, but it can have industry-wide ramifications. This has been the case with motor insurance and health insurance in particular. For instance, with 20% of claims determined to be fraudulent according to the General Insurance Association (GIA), insurers have to be more vigilant and cautious about incoming claims. This can lead to more information required from the policyholder and longer claim investigation times, making the claim process more complicated.

Furthermore, fraudulent claims cost the insurer and the policy-holders money. With the increasing number of claims placing strain on the industry, insurers have to protect their balance sheets by increasing premiums. The perfect example of this is health insurance, where premiums more than doubled over the past 5 years due in part to fraudulent claims.

While it’s rare that your soft fraud case (misrepresentation or lying about your claim) will land you into serious legal troubles, it may definitely get you in trouble with your insurer. Beyond getting your claim rejected, your insurer may simply void your contract.

Furthermore, since insurers can see that you made a number of suspicious claims or that you were dropped from a previous insurer. If they recognize a pattern of suspicious or fraudulent behaviour, they may simply blacklist you.

This was first published at Value Champion’s website, “4 Seemingly Harmless Things That Can Flag You for Insurance Fraud“.