According to the authority, the tender was launched on 14 June 2018 and closed on 23 August 2018, in what was said to be the first land parcels tender using the Concept and Price tender method, where the concept is assessed in the first stage based on production capability, production track record, relevant experience & qualification, and innovation & sustainability.

The authority said that tenderers who pass the first stage are further evaluated on price in the second stage.

AVA said that the three companies submitted proposals that incorporated productive and innovative farming systems, such as a recirculating aquaculture system for shrimp farming with auto loaders and feeders and sensors to monitor water quality, and a climate controlled greenhouse with automatic conveyer belts for growing ornamental aquatic plants.

These companies also submitted suitable bids for the land parcels, and have a good track record in production locally, it noted.

“There has been strong interest from local companies that propose productive, innovative, and sustainable proposals. We hope to see continued efforts to transform the industry to optimise the use of land, reduce reliance on unskilled labour, and bolster Singapore’s food security,” said Mr Melvin Chow, AVA’s Group Director, Food Supply Resilience. 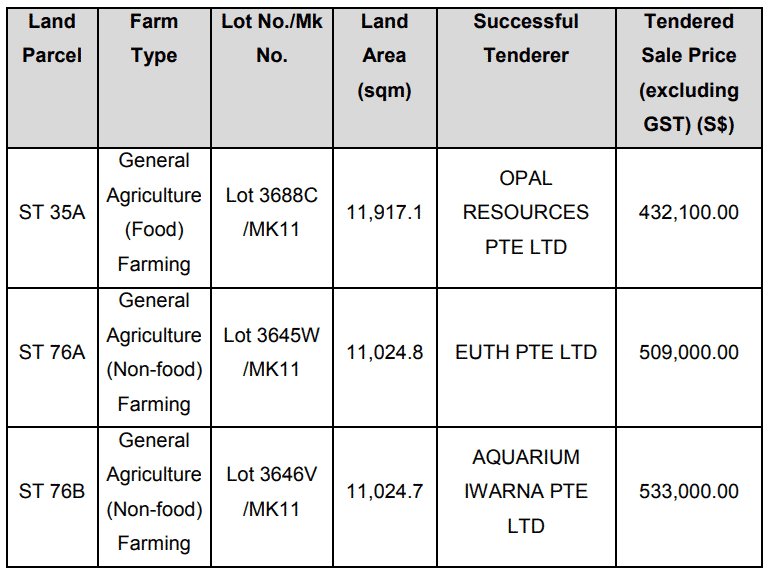