Apple reports a 9% decline in Q4 sales, in line with expectations

The world’s most valuable technology company, Apple, posted its Q4 earnings in line with market expectations. It’s earning per share stands at $1.67, which marginally beat analysts’ forecast of $1.656. Fourth quarter profit fell 19%, largely due to a slowdown in the Greater China market. The result marks its first decline in annual revenue in more than a decade, but the company paints a bright picture for the next quarter in which it forecasts revenue growth in the run-up to Christmas. Apple’s share price dropped 2.7% in after-hours trading.

Separately, so far about 80% of S&P 500 Index companies posted Q3 earnings exceeding market forecasts boosting market sentiment. Solid earnings underpin the negative effect brought about by a stronger US dollar, which weighs on commodity prices and impacts MNCs overseas earnings when translated back to USD. Investors are also waiting for US Q3 GDP to be released on Friday.

Asian markets were mixed on Tuesday. Singapore’s Straits Times Index closed marginally lower as investors tend to be more conservative ahead of the peak of earnings season. Two of Singapore’s three largest banks, namely OCBC and UOB, are due to release Q3 earnings on Thursday and Friday respectively.

Analysts have lowered their expectation towards banks’ profits as they foresee higher impairment charges for loans to the struggling oil and gas industry and slimmer net interest margin. More Singapore companies tied to the oil and gas industry are facing increasing difficulty repaying debt as demand for their services falls. DBS Group is expected to lead the increase in impairment charges of S$255 million for the period, a 43% leap from last year. According to Bloomberg, net income of DBS, OCBC and UOB are expected to drop by 2.6%, 2.2% and 10% respectively from a year earlier. 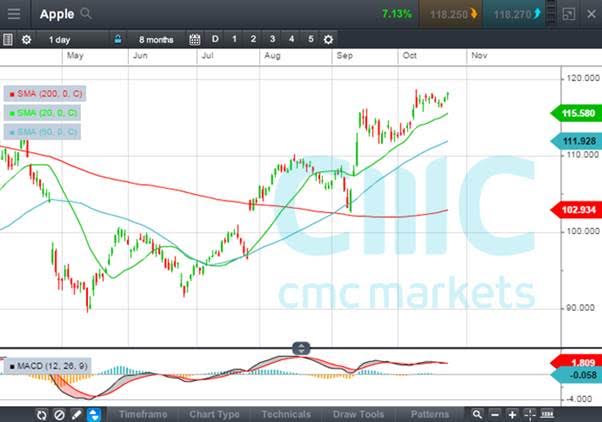 No Content Available
Load More
No Result
View All Result