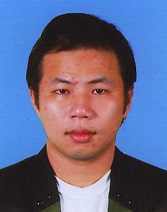 Death row inmate, Malaysian Cheong Chun Yin, may received a reprieve after the Attorney General’s Chambers (AGC) today informed the court Registrar that Cheong “has substantively assisted” the Central Narcotics Bureau (CNB) in “disrupting drug trafficking activities outside Singapore.”
Cheong was arrested in 2008 and subsequently sentenced to death for trafficking 2.726kg of heroin in a suitcase into Singapore via Changi airport.
Under Singapore’s law then, anyone found with 15g or more of heroin faced a mandatory death sentence.
In 2012, the Singapore Government amended the Misuse of Drugs Act to allow those who have “substantively assisted” the authorities with information which leads to the disruption of trafficking activities of drug syndicates to receive a reprieve, and have their death sentences commuted to life in prison with mandatory caning.
Such a reprieve has to be issued by the Attorney General in the form of a Certificate of Cooperation which the convict would then submit to the courts to have their sentences commuted.
When he was first arrested in 2008, Cheong repeatedly asserted to the CNB that he had no idea that the suitcase contained heroin. He also gave the Central Narcotics Bureau (CNB) officers the telephone numbers of “Lau De”.
However, he claims that they had done “absolutely nothing” to trace the whereabouts of this “Lau De”.
In his written judgements in a subsequent court hearing, Judge Choo Han Teck stated that the evidence given by Cheong “did not create any reasonable doubt in my mind that he might not have known that he was carrying heroin.”
He also said that “[i]t was immaterial that the CNB did not make adequate efforts to trace ‘Lau De’ or check on his cell-phones. The absence of any trace of ‘Lau De’… was not taken as evidence in favour of or against either accused.”
This, however, became material after the government amended the Misuse of Drugs Act in 2012.
Cheong’s appeal against his death sentence was to be heard on 24 November, to compel the Public Prosecutor to certify that he had in fact substantively assisted the authorities in their investigation into drug trafficking activities by providing them information regarding “Lau De”, whom Cheong says was the mastermind behind the whole incident.
“While the Public Prosecutor had earlier determined that the appellant had not substantively assisted the CNB in disrupting drug trafficking activities within or outside Singapore,” the AGC’s letter to the Registrar on Thursday said, “the Public Prosecutor has now, in light of new information received, decided to certify to a court that Cheong has substantively assisted the CNB in disrupting drug trafficking activities outside Singapore.”
The AGC did not provide details of what these activities outside of Singapore were.

The news will come as a relief to Cheong’s father, Cheong Kah Pin, who has been appealing tirelessly to the authorities both here in Singapore and in Malaysia to help save his son from the gallows.
Mr Cheong, who lives alone in Malaysia, runs a pasar malam business selling fruits, and visits his son at Changi prison regularly.
He, along with Cheong’s sisters and other relatives, had also appealed to the president of Singapore in 2011 at the Istana. They had collected thousands of signatures here and in Malaysia of support for the appeal petition.
Mr Cheong Kah Pin has always maintained that his son, who had helped him in his market stall, is innocent and got into trouble because he was too trusting of others.
Mr M Ravi, lawyer for Cheong, told The Online Citizen (TOC) that the AGC’s letter to the Registrar means that Chun Yin, “who faces imminent execution now qualifies to be resentenced by the High Court to have his death sentence lifted.”
“He has a chance to live now,” says Mr Ravi.
“This decision came after we had filed our appeal submissions to the court of appeal last week challenging the High Court’s decision in dismissing our application for a judicial review.
“In that application we asked for an order from the court to direct the AG to reconsider his decision in refusing to grant the certificate of cooperation to Chun Yin.
“The appeal was scheduled to be heard in November.
“[Today’s] news comes as a huge surprise to his family and is a cause for great relief after four years of intense battle to save Chun Yin’s life.”
Read also: “A father trying to save his son“.