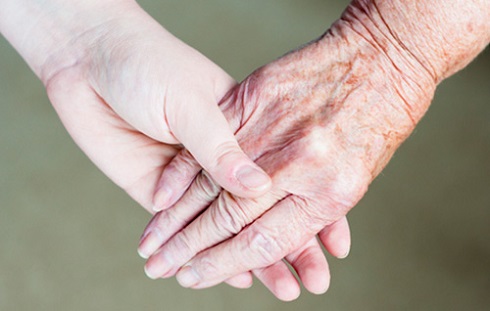 “Much of Singapore’s success has been built on the backs of the pioneer generation and of the baby-boomer generation,” Dr Kanwaljit Soin, 72, wrote in the Straits Times on Wednesday.
As such, elderly people aged 65 and above should be given a special “Silver Bonus” allowance, “without the need for intrusive means testing”.
In his National Day Rally speech, Prime Minister Lee Hsien Loong said that the Government will be introducing a Silver Support annual bonus for the elderly who are without assets and family support. Details of the new scheme will only be announced at next year’s Budget.
Dr Soin’s suggestion of a Silver Bonus is above and beyond this Silver Support bonus, and would be given to all Singaporeans 65-years and older.
Dr Soin said Singaporeans “are glad that through the Pioneer Generation Package, we will get subsidies for outpatient care at general practitioner clinics, polyclinics and specialist outpatient clinics.”
“We are also grateful for the annual Medisave top-ups,” Dr Soin, who is a consultant orthopaedic surgeon, said.
These, she added, gave the elderly some peace of mind when it came to healthcare costs.
However, Dr Soin said that “life does not just consist of healthcare needs only.”
“We all need some money for transport and incidental expenses not covered by the Pioneer Generation Package,” the former Nominated Member of Parliament explained.
In Hong Kong, for example, the elderly people there received what is popularly called “fruit money”, Dr Soin said.
“There are two types of ‘fruit money’ in Hong Kong. One is the ‘Old Age Allowance’ – a universal sum given to everyone who is a resident over the age of 70. It is HK$1,180 (S$190) and given without any needs-based criteria.
“The other is the ‘Old Age Living Allowance’. It consists of HK$2,285 and comes with eligibility criteria.”
It “would be a good bonus” for residents in Singapore who were above 65 if they were each given just $200, Dr Soin said. “For those with very little, the $200 will go a long way.”
“For those who already have plenty, they can spend the $200 on themselves or their grandchildren, thus stimulating the economy,” she said.
“The cost to the country would be $960 million annually.”
Dr Soin said this could be “a small part of the total package” of the Pioneer Generation Package which the government has said would cost some $9 billion the next few years.
Singapore is facing a rapidly ageing population.
By 2030, it is estimated that there will be some 800,000 people who would be 65-years old and above.
The Population White Paper released in 2013 says there are currently about six working age adults to one elderly citizen.
“Should birth rates stay the same,” the Paper said, “and if we do not take in any immigrants, our dependency ratio is projected to fall to two working age adults to one elderly citizen by 2030, which is much lower than that of OECD countries today.”
The question of retirement and old age income adequacy has been in the news recently, after the Government made changes to the Central provident Fund (CPF), which is supposed to be the main source of income for Singaporeans in retirement.
Many Singaporeans, however, feel that their CPF savings will not be sufficient to see them through their later years.
The Government is currently reviewing the CPF scheme to see how members’ savings can be better invested to generate higher returns for retirement.
“Most of us depend on our children’s allowances as our main source of financial support,” Dr Soin said. “Many have no or low Central Provident Fund savings. It is not much fun to stretch out our hand each time we need money and often we have to explain our need. Over 80 per cent of those of us who are widowed depend on our children’s allowances.”
She said that “setting aside part of the reserves for older people also alleviates the fiscal burden on the younger working age population, allowing we elderly to age with some dignity.”