A reader asked me what I thought were the most critical issues Singapore is facing at the moment and what my vision for Singapore was. 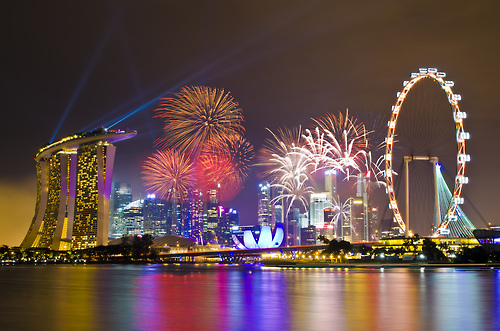 I personally feel that in general we are doing well so far but here are some of the major problems we need to work on.

1) Improving social mobility for the poor
It is comforting to know that many poor people still have a roof over their heads. According to The Straits Times report this year, eight out of 10 low-income households own their own homes. Deputy Prime Minister Tharman Shanmugaratnam said “there’s no other country that comes close to it”.

However, helping the poor move upwards is still a challenge.

For me, I personally believe strongly in Franklin D. Roosevelt’s quote “The test of our progress is not whether we add more to the abundance of those who have much it is whether we provide enough for those who have little.”

Thus, even as we move forward and continue to experience high GDP growth, I hope that social mobility can be improved for the poor so that they can also enjoy these fruits. What is the point of high GDP growth if it is all concentrated at the top?

One of the ways to improve social mobility is to improve our education system. I have highlighted some flaws in our current system about how it can possibly create an ‘entrenched elite’

In 2010, Minister Mentor Lee Kuan Yew shared some glaring statistics. More than half of students studying in top schools like Raffles Institution, Anglo-Chinese School (Independent) and Nanyang Girls’ High had fathers who were degree holders. In contrast, the percentage at Chai Chee Secondary School, a neighbourhood school, was only 13.1 percent and this was the highest percentage amongst four schools where data was obtained.

I feel that a large proportion of our poor are the elderly. An IPS report in 2010 showed that ONE in FIVE elderly do not have sufficient for a living. it breaks my heart to see them have to work even at such an old age. I really hope that the government can give more subsidy to the elderly people as they were the ones who helped built Singapore to where it is today. They devoted a huge part of their lives in bringing up the next generation and helping to create our nation and they deserve to enjoy the fruits of our economic growth.

2) Pressure on the middle class + high cost of living

As Roy pointed out, our wages have not increased even with economic growth. However, inflation has also been rising.

The prices of HDB are now very high and so is the cost of living. A lot of newly weds are worried about whether they would be able to afford a house.

This problem is made worse by the influx of foreigners. As Former Director of Internal Secu­rity Department (1971-74) Yoong Siew Wah wrote, “Singapore has 30,000 P-METs who have been unemployed for quite a long time, and we now have Chinese and Indian immigrants competing … for the limited employment opportunities”.

I also believe that the influx of cheaper-to-hire foreigners also contribute to income inequality by putting downward pressure on wages.

Our next step is to think of how we can increase wages to keep up with inflation or reduce the cost of living to help Singaporeans cope.

3) Reducing dependency on foreigners
In 2011, Goh Chok Tong said that Singapore has to make changes to the way it grows its economy as the model of relying on cheap and plentiful foreign workers to boost output. He felt that it was not sustainable.

However from reading the Population White Paper, I felt that the Singapore government seems to believe that the introduction of foreigners will definitely help our economy and is the solution to everything.

However in my personal opinion, I strongly believe that immigration is not some magic pill. Instead, perhaps we can focus on grooming local talents as making use of the Elderly and former-ex convicts as labour instead of discriminating them.

I myself am a firm supporter of the Yellow Ribbon Project. I believe no one is perfect and thus, they should all be given second chances. A good example of this would be how Benny Se Teo set up Eighteen Chefs and provided a platform for youth-at-risk to contribute to the economy and upgrade their skills.

Yet in Singapore, trains take a long time to come (here in Hong Kong, it is 3 minutes at max). Our trains also have regular breakdowns despite being younger than other trains in other countries. Fare is also expensive and there is no subsidy for the disabled, or polytechnic students and university students, who do not have an income.

Given our high population now, trains really really really have to be more frequent. I live in the Little India and every morning at 8am when I take the train, I always have to wait for about two trains before I can get in. I face the same problem at Jurong East Station.

In contrast with Hong Kong, even with a higher population density than Singapore, I am able to take the first train no matter what.

5) Transition to a more civil society
I keep emphasizing this because I see a situation whereby leaders are not very in touch with the common Singaporean. I feel that a strong civil society can help to bridge this gap but the government does not seem receptive to criticism.

It is not really their fault either. Some of our  current leaders were born into rich families and went to elite institutions. They have not mixed with the other social groups and hence have little understanding of them beyond theoretical knowledge.

Another reason why they should pay attention to our voices is because they serve the people. And if they do not know what people really want or how they think, how can they really serve them?

As I would quote Roosevelt again “Let us never forget that government is ourselves and not an alien power over us. The
ultimate rulers of our democracy are not a President and senators and congressmen and government officials, but the voters of this country.”

Furthermore, our needs have evolved. Now that we are more or less stabilized, there is no excuse to continue to withhold civil rights from our people such as rights to assembly and freedom of press.

—
As I am passionate about equity issues, I have been involved in grassroots for the past few years and tried to organize some events for the poor. I also use Creatives For Causes to help charities promote themselves and attract more donors and volunteers.

So far, I am grateful to some organizations like NVPC and NYC for supporting my initiatives. NVPC also helped to publicize CFC through their publication SALT,

However, volunteer work can only do so much for such issues and we need to complement that with policy changes. For policy to change, there needs to be advocacy and activism to shed light on this issues. Thus, I have been writing for The Online Citizen on socio-political mattters so as to help share my ideas and get people to support these causes and take action to be involved in policy decision making.

One person cannot make a huge major difference but it doesn’t mean we should stop. For things to change, we all really have to work together and hopefully the government can also work with us by listening to our needs and not blocking it out or dismissing it.

What kind of Singapore do you want to see?