By Margaret Yang, CMC Markets
April’s non-farm payroll figure from the US increased by 160k, far below the market’s forecast of 202k, and lower than last month’s reading of 215k.
The disappointing number, however, sent equity market higher as analysts concluded that slower job creation will postpone the Federal Reserve’s next rate hike. The S&P 500 climbed 0.32% and the Japanese market opened 1% higher this morning.
Nowadays we are dealing with a market in which good news is sometimes received as bad news, and vice versa.
10-year treasury note prices dropped to 130.65 from 131.41 after the payroll number was announced, indicating that the market is less nervous, and that risk sentiment is improved.
Bloomberg reported that futures bets show that the probability of a rate hike in June has dropped to 8%, while the chance of a December increase rose to 52.6%, up from 48.8% the day before.
Asian equity markets have consolidated over the last week, with the Hang Seng Index losing 5.98% and the Nikkei down 6.39% in the last five trading days. Singapore’s Straits Times Index was down 4.59% last week, marking its seventh day of consolidation.  The positive sentiment emanating from the US market may spread to Asian market today, and this week we could hopefully see some near-term technical rebounds.
Gold – Cash 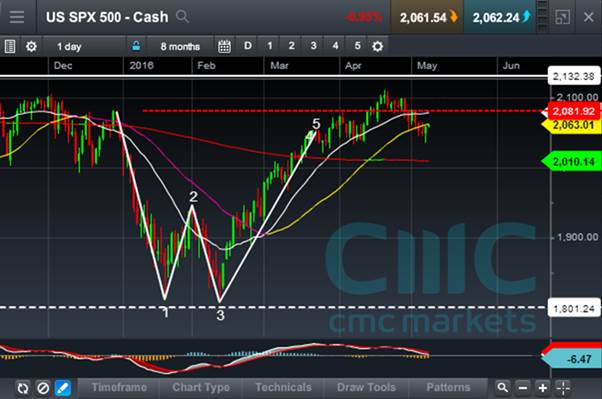 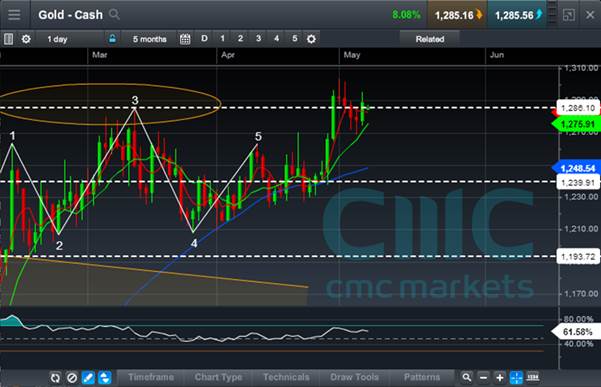