AWARE: Lessons from a fiasco

The battle for control of Aware can be a learning experience for civil society activists and the wider public. There are at least three lessons to reflect on: the brand of secularism that works for Singapore; the type of representation that civil society organisations should offer; and the level of transparency and accountability that the public deserve from such groups.

Some may view the outcome of the Aware showdown as a triumph over religious values and then – depending on their standpoint – either despair or gloat. But, this would be a wrong reading of events and only set the stage for more confrontational encounters.

The battle for Aware should be seen instead as a struggle over how – not whether – to insert faith-based values into public life. While there are some societies that interpret secularism as delegitimising the entry of religious values into the public sphere, that has never been Singapore’s way. Secularism here acknowledges that many Singaporeans are spiritually oriented; it respects their right to inject faith-based words and actions into public life.

Crucially, however, the state stays separate and equidistant from the different religions. Even more crucially, when there are disagreements over public matters, Singaporean secularism cannot recognise religious arguments as a trump card. One could allow one’s reading of God’s will to dictate how one runs one’s own household or faith-based community (and even then only within the limits of the law); but God’s word cannot be the final word on how collective decisions are made in the public sphere.

People of a particular faith must therefore be able to translate their values into secular terms to the satisfaction of fellow citizens who do not share those values, or else accept graciously that their desires are, for the moment, incompatible with what the wider society wants.

The Aware battle was not between the profane and the sacred, but between those who understand Singaporean secularism and those who apparently do not. The concerted steps they took to subvert a secular organisation and rid its leadership of its traditional diversity showed that the insurgents did not want merely to be part of a conversation; they wanted to be the only voice.

When intolerant – and considerably more violent – voices have surfaced in other religious communities, the moderate mainstream had to rise up to reclaim the microphone, to assure themselves and their fellow citizens that their faith was entirely compatible with peaceful co-existence in a multicultural and democratic society. Similarly, one of the most positive outcomes of the Aware saga is the strong assertion by Singaporeans of faith and their religious leaders: we are here, our faith makes us and our society stronger, but we will not impose our values on others. 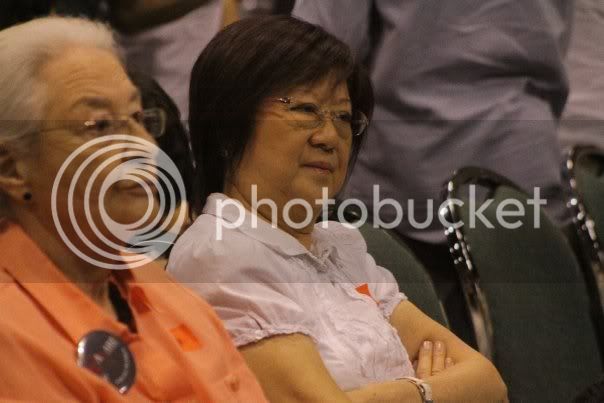 The Aware old guard accused the insurgents of not reflecting Singapore’s cultural diversity. The insurgents retorted that, compared with the liberal old guard, their conservative values were more representative of Singapore’s majority. Who was right? Both, probably. But, neither diversity nor representativeness is a necessary or sufficient criterion when assessing a civil society group.

First, while the expectation that a civil society organisation (CSO) should represent the majority view is superficially seductive, it is in fact fundamentally flawed. CSOs are not political parties, which must appeal to the majority to win elections. One of the chief values of CSOs is precisely that they fill the gaps left by political parties (and by the private sector), by serving causes that the majority may not embrace.

For example, the majority of Singaporeans would probably not go out of their way to improve the lives of strangers with disabilities. When voluntary welfare organisations work passionately for the interests of disabled, it would be rather perverse if we criticised them for not representing the views of most Singaporeans.

Indeed, if crude democratic logic were applied to gender issues, there would have been no Aware in the first place: when it was set up, most Singaporeans – men and women – held sexist views about the proper place of women and the abuses that they should endure quietly. That many CSOs are not representative is a fact, and a healthy one.

Still, some may wonder if society should tolerate CSOs that embrace seemingly far-out views. Again, it is important not to confuse CSOs with political parties. Electoral politics is more or less a zero-sum game. The winning party controls the government, which in turn monopolises certain powers and resources – including the powers to tax and to command the armed forces.

Civil society space is quite different. CSOs can gain influence, but have no power to set national policy. Furthermore, multiple CSOs can work within the same space simultaneously. Since a CSO has no monopoly over its area of work, it has no moral obligation to be representative in its values – or, for that matter, in its racial or religious composition. If others are fundamentally opposed to its direction, they can set up their own organisation.

CSOs face an inherent tension. On the one hand, they require a certain solidarity and unity of purpose if they are to overcome challenges. On the other hand, internal diversity can be a key strength: a group’s problem-solving capacity is enhanced when it is able to look at situations from multiple angles.

While it may be unfair and unrealistic to expect each CSO to reflect all colours of the rainbow, a CSO that aims to have national impact should certainly be outward-looking. An internally homogeneous community-based CSO is not a problem in itself; it should be judged by the friends it has. It deserves to be viewed with skepticism if it is unable to work with groups representing other communities. Fortunately, several faith-based and ethnic-based groups in Singapore have excellent records of working side by side with other groups, regardless of race, language or religion.

Setting aside the substantive disagreements, the Aware saga offers lessons about civil society governance and process. What alarmed many neutral observers was the way the insurgents went about their plans.

Civil society groups that want influence and respect should be transparent in their dealings and be ready to account for themselves. It would be an understatement to say that the insurgents were unprepared for the intense public scrutiny they attracted.

They were secretive in their plan to take over Aware and coy about their intentions. Based on their public statements, it is still unclear how much they were motivated by a single issue: their opposition to Aware’s liberal stand on homosexuality. If this was their target all along, it does not speak well for them that they did not state it plainly and publicly at the outset.

If this was not their primary concern, then an even more troubling concern arises. Their allegations at the height of the dispute, that Aware had been promoting homosexuality to children and teens, smack of a cynical (but, sadly, historically effective) political ploy: win support from the masses by turning a marginalised minority into an object of fear.

In many societies, the tactic would have worked. Governments lacking in moral courage are known to side with intolerant forces when they whip up mass sentiment against minorities. Fortunately, it did not work here. The Ministry of Education’s measured and rational response took the wind out of the sails of the insurgents and exposed them as scaremongers.

The Government is not known to be sympathetic to the progressive agenda of Aware’s liberals. Perhaps the insurgents had hoped that dragging the school sexuality programme into the debate would prod the Government to take its side. If so, they miscalculated. If there is one thing that is stronger than its antipathy towards liberal values, it is the Government’s resistance to letting its power and prestige become tools in the hands of any lobby group, whatever its ideological complexion.

No doubt, the weekend’s events would have made the insurgents feel utterly misunderstood and underappreciated, as losing factions are wont to. They have nobody to blame but themselves. No matter how pure their intentions, their words and actions were patently out of place in Singaporean civil society.

Cherian George is an assistant professor at Nanyang Technological University’s Wee Kim Wee School of Communication and Information and a member of Maruah, the Singapore Working Committee for an ASEAN Human Rights Mechanism. Email: [email protected].

PrevPreviousNew Aware president Dana Lam’s first message to members
NextBlogging – you’ve got the power!Next
We have a small favour to ask from our supportive readers. TOC is Singapore’s longest surviving alternative media website and we are attracting new readers everyday. TOC’s independent, investigative journalism takes substantial time, money and hard work to produce. Not to mention the same amount of resources to defend ourselves from the persecution. But we soldier on because we believe in the value of our work and your right to information. TOC is editorially independent. We set out own agenda, free from commercial bias, undue influence from billionaire owners, millionaire politicians or shareholders. If everyone who reads our reporting, who likes it, helps to support it, our future would be much more secure. For as little as USD1 a month or subscribing to us, you can support our work and consequently preserve the sanctity of press freedom. We appreciate your valued help and it means more to us than you can ever imagine!