CNB officers conducting a search during the CNB operation on 14 September 2016 (Source : CNB) 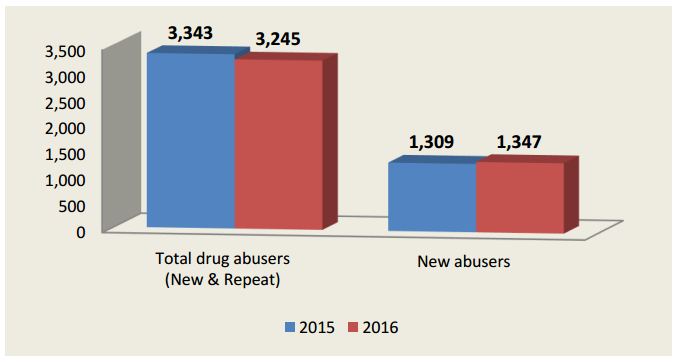 CNB said that close to two-thirds of new abusers arrested were under 30 years old.
“The drugs seized in 2016 were estimated to have a street value of about $8 million,” stated CNB. It noted that there was a 22 percent increase in cannabis seizures, from 44.29kg in 2015 to 54.04kg in 2016. Methamphetamine, heroin and cannabis continued to be the most commonly abused drugs, saying that 99 percent of drug abusers arrested abused at least one of these three drugs. 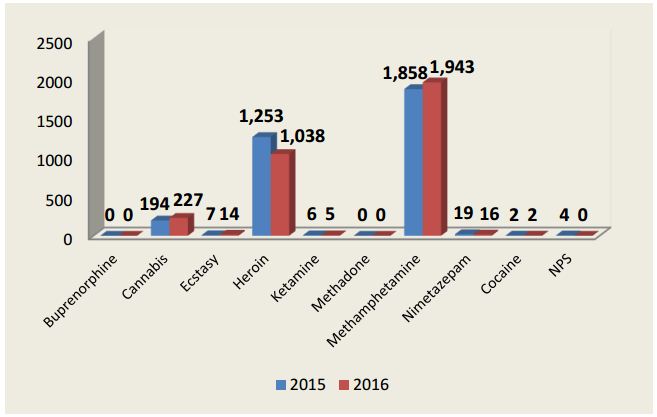 For new drug abusers, the Bureau said that methamphetamine (79 percent) and cannabis (13 percent) continued to be the most commonly abused drugs. 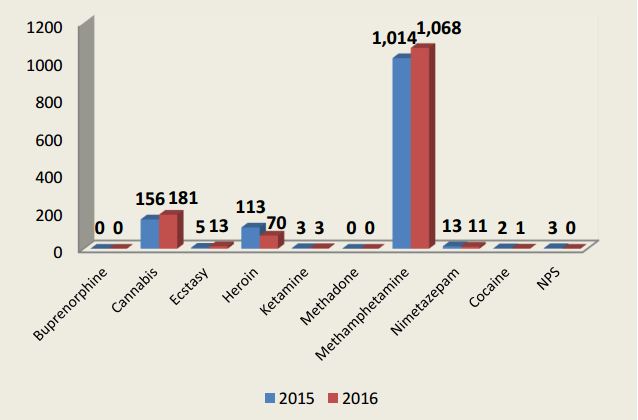 “It has become easy for anyone to order items on the Internet and have them delivered by post or courier,” CNB acknowledged.
The Bureau said that drug syndicates and peddlers have taken advantage of the borderless nature of the Internet to conduct illegal drug activities, noting that the number of people arrested for buying drugs and drug-related paraphernalia online increased significantly from 30 in 2015 to 201 last year.
“Most of those found to have obtained drugs or drug-related paraphernalia online were between the ages of 20 to 39,” it said.