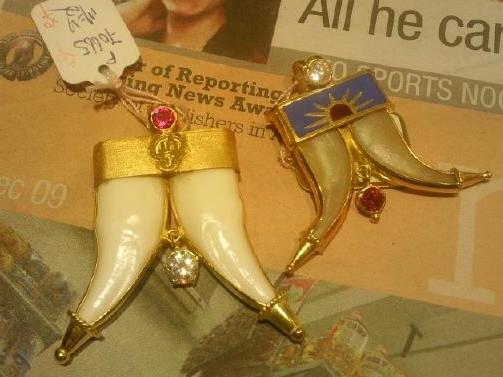 Animal Concerns Research and Education Society (ACRES) today released its findings of a three-month undercover investigation of 134 jewellery and antique shops around Singapore which revelaed that 59 offered tiger parts for sale. And in addition to the report, incriminating evidence of these shops selling alleged tiger parts has been captured on video.

Approximately 159 tiger claws, 303 tiger teeth and 38 pieces of tiger skin were found on sale during the investigation, which was conducted from December 2009 to February 2010. The alleged tiger parts were found to be openly on sale at 52 shops whilst 28 shopkeepers mentioned that an order for more tiger parts could be placed with an expected delivery date between one week and three months. Seven shopkeepers even demonstrated awareness that tigers are protected animals; that it is illegal to sell tiger parts; and, that tiger parts are customs-controlled items. 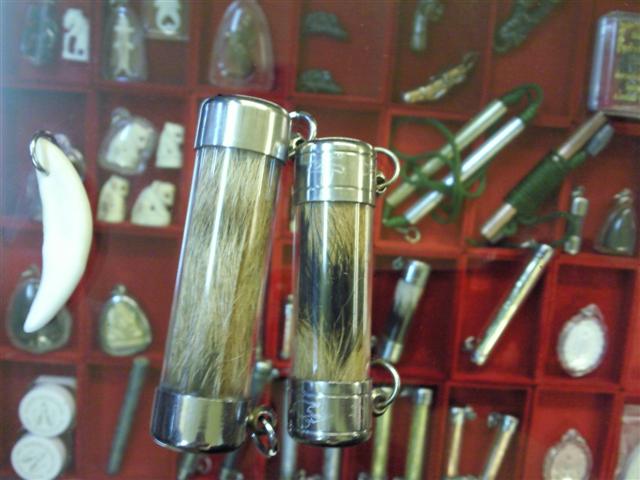 The alleged tiger parts were claimed to originate from Thailand, India, Sri Lanka, China, Myanmar, Indonesia, Laos and Cambodia, and one shopkeeper revealed that the demand and amount of tiger parts being stocked by the shops appeared to be higher over the Chinese New Year period due to the birth of the Zodiac Year of the Tiger in the Chinese calendar.

Tiger parts are used for various purposes such as traditional medicine, jewellery, lucky charms and novelties. Mr Louis Ng, Executive Director of ACRES, informed that the findings, together with the footage collected, has been submitted to the Agri-Food and Veterinary Authority (AVA) for its necessary enforcement action and that his organisation will be working closely with AVA on the matter.

He added that the investigation findings clearly show “the presence of an illegal trade in alleged tiger parts in Singapore and that there is an immediate need for continued serious efforts to curb this illegal trade.” 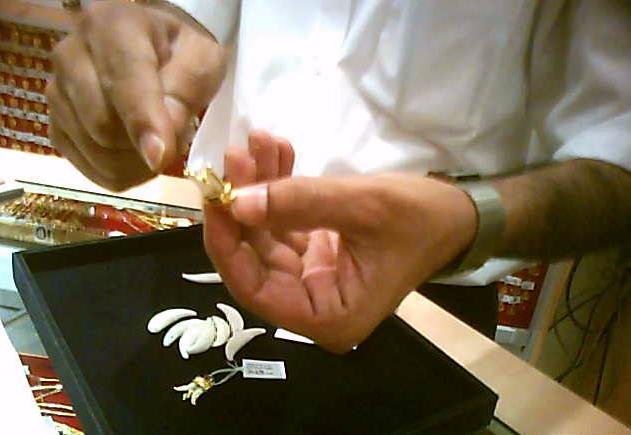 In less than a century, the world’s tiger population has spectacularly dropped from more than 100,000 to less than 3,200, with three subspecies having become extinct altogether. And although all commercial tiger trade has been banned since 1987 by the Convention on the International Trade in Endangered Species of Wild Fauna and Flora (CITES), there has nevertheless been an approximate 50% decrease in wild tiger populations since the ban.

The AVA is the CITES authority in Singapore and administers the Endangered Species (Import and Export) Act (ESA), which lists all CITES species in its Schedules. Under the ESA, it is an offence to import, export and re-export any CITES species without a permit from AVA. The possession, sale, offering or exposing or advertising for sale or displaying to the public of any illegally imported CITES specimen is also an offence, with the penalties, on conviction, being a fine of $50,000 per species and/or 2 years imprisonment. 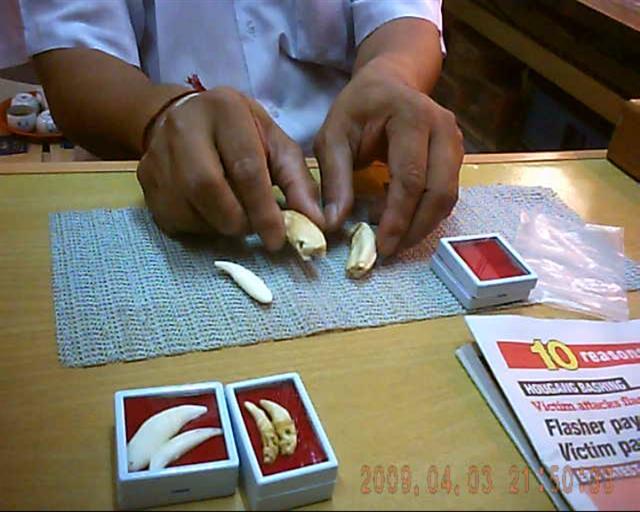 Also, specifically under the Endangered Species (Import and Export) (Prohibition of Sale) Notification, the domestic sale of tiger specimens itself is prohibited as well, and any person who sells, offers or exposes for sale or displays to the public any tiger parts and products will be liable to a fine not exceeding $10,000 for each species and/or 1 year imprisonment.

Ms. Anbarasi Boopal, Director of ACRES Wildlife Crime Unit, adds, “It is important to note that anyone who advertises for sale any tiger parts contravenes the above Act, even if the products turn out to be not authentic. By making a claim that the product is from tigers, the dealer is potentially driving up the demand for tiger parts, which directly contravenes the spirit of CITES and the local legislation meant to enforce CITES.”

ACRES is a Singapore-based animal protection charity aimed at fostering respect and compassion for all animals and currently counts more than 18,000 supporters on its database. Between 2008 and 2009, ACRES received a tip-off on three occasions regarding the sale of alleged tiger parts in Singapore, and following its investigations, enforcement action by the AVA followed in all three of these cases.


This report was first published on