"The market and hawker centre are an important focal point for the Eunos community."

Leader of the Opposition Pritam Singh took to his Facebook on Wednesday (24 Mar) saying that the Aljunied-Hougang Town Council (AHTC) is looking at renovating the public toilets at Blk 630 Bedok Reservoir Road Market & Hawker Centre around 2021-2022.

Mr Singh asserted that the market and hawker centre are an “important focal point for the Eunos community”.

Hence, he noted that the AHTC is looking at new ideas and ways to raise hygiene levels, including leveraging on the grants available through the Toilet Improvement Program launched recently by the National Environmental Agency (NEA).

Mr Singh went on to thank the founder of the World Toilet Organisation, Jack Sim, for meeting him yesterday morning.

He added that he will be running the feedback that residents had shared with the Town Council on improving the market and hawker centre toilet with Mr Sim.

For those who are unaware, Mr Sim is a Singaporean businessman who gave up a successful career in real estate to fight the global sanitation crisis by weaponising toilet humour.

“My goal is to transform poo culture into pop culture,” he quips in the documentary ‘Mr. Toilet: The World’s #2 Man‘, a film dedicated to his life and mission.

Netizens have reacted favourably to the Workers’ Party (WP) politician’s Facebook post, many of whom praised him for taking the effort on this matter.

They pegged him as the “Hands on MP”, hinting that Mr Singh is a clear example why Singaporeans need full-time MPs instead of part-time ones. 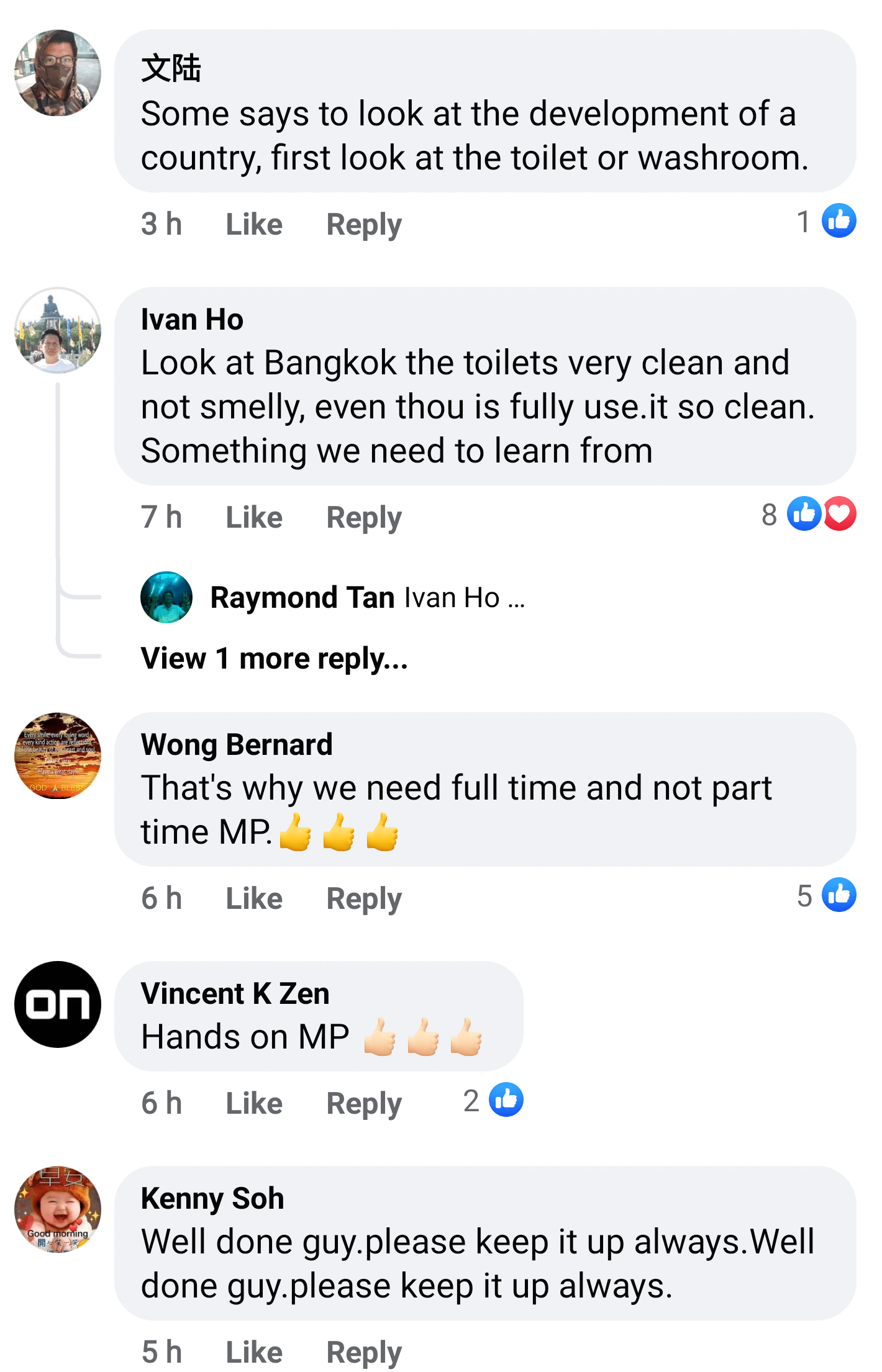 One netizen even made an implied reference to Senior Minister of State in the Ministry for Sustainability and the Environment and Ministry for Transport Amy Khor, who drew flak for launching the opening of the temporary bus stop 40331 at Blk 460D Bt Batok West Ave 9 in November last year.