Observer+, a Singapore-based online news site that was promoted by Channel News Asia (CNA) a while back has vanished into thin air. Meanwhile, a new site that goes by the name ‘Fathership.co‘, likely to be its spin-off, has surfaced recently, seemingly backed by online troll and vigilante site SMRT Feedback.

Deemed as “a media network focused on providing thought-provoking and shareable content to a mobile-first audience”, Observer+ seems to no longer be operating as its website is inaccessible, turning all contents from its website to dust. All that remains is its Facebook page, and the most recent post dated back to 16 October 2019.

Last April, CNA reported on Observer+ potentially tapping into artificial intelligence (AI) to boost efficiency by acquiring instant news and summarising them. Based on an email interview with Sarah Tang, Special Projects Lead at Observer+, the article also talked about the organisational structure of the company. 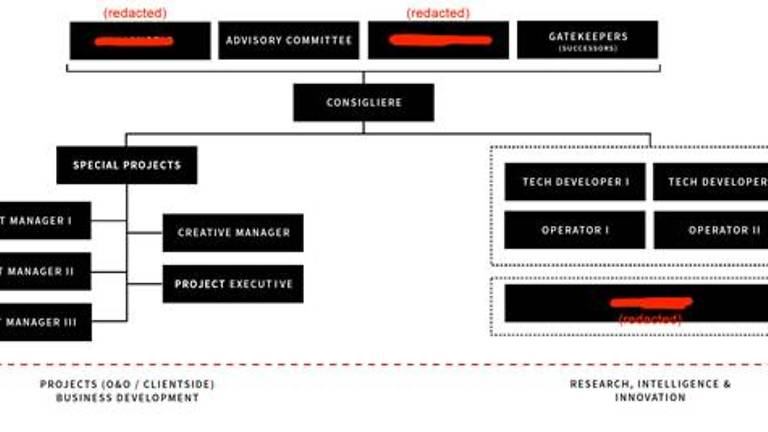 Ms Tang, who is also a former SMRT Feedback 2G administrator, told CNA that the site belongs to an unknown entity called the “Council” – which was also behind SMRT Feedback.

According to its organisation chart, the Council consists of four sub-branches. Ms Tang noted that members know only each other within their own sub-branch and not the others. Besides that, Observer+ employs a couple of freelance ghostwriters in its editorial team, alongside AI bots.

If you find that to be rather shady, you’re in for a treat because it evidently gets shadier. CNA’s report also mentions the name Azly J. Nor, who is said to be the “Consigliere”, linking the Council to its other assets like Observer+.

Interestingly, Mr Azly is the same person who publicly revealed his identity as the co-founder of SMRT Feedback back in 2015.

What’s more, according to public records, SMRT Feedback is run by the same company that claimed ownership of Observer+ – Rockefeller Pte Ltd.

Initially, CNA wrote that Observer+ goes under the ownership of Mr Azly’s marketing technology firm called Blackwilder, adding that Blackwilder is a registered business entity in Singapore and is part of a registered entity under Rockefeller Pte Ltd.

However, after TOC published an article which later prompted CNA to amend its article, CNA noted that “Blackwilder is the public-facing entity but it is part of a registered entity under Rockefeller Pte Ltd”, and “when the time comes, Observer+ will go under the ownership of Rockefeller and will be operated within that Singapore entity.”

Not forgetting, Rockefeller Pte Ltd is owned by Mr Azly.

Upon connecting the dots, it is fair to deduce that Observer+ has links to SMRT Feedback. After all, SMRT Feedback did share numerous posts by Observer+ and even defended the news site when issues of controversy arose. 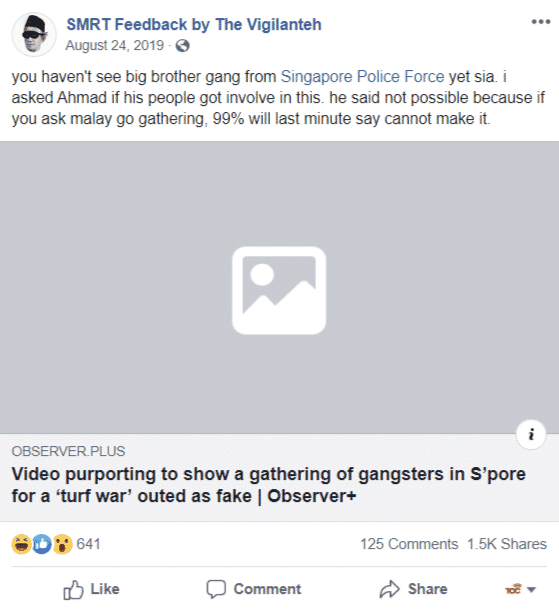 Although nothing is formally noted from any party, it seems likely that Observer+ has made way for a new online news site, Fathership.co.

On its Facebook page, Fathership is said to be a “community news service for everyone”.

Speaking about Facebook page, it does appear that Fathership has received some exclusive acknowledgement or Facebook patronage in the form of a ‘Page Like’ by none other than SMRT Feedback.

Besides that, SMRT Feedback also echoed the similar sentiments it shared with Observer+ by sharing articles posted by Fathership. To that end, it is worth noting that the new tag-team between Fathership and SMRT Feedback has most probably landed Abdul Halim bin Abdul Karim, an Islamic religious teacher, into the Ministry of Home Affairs (MHA) cross hairs for alleged anti-Chinese remarks in his private Facebook post, just like how the previous report by Observer+ and SMRT Feedback on Li ShengWu’s private Facebook post landed him with a contempt of court charge from the Attorney-General’s Chambers (AGC).