If you’ve been following the case of the Singaporean single-mother who has been battling the Central Provident Fund (CPF) Board to withdraw her savings in her Special Account due to her current circumstance, you’d know that the Board revealed the woman’s real name even when TOC originally published the story using a pseudonym as she wanted to remain anonymous.

When CPF used her real name in their joint statement on Facebook, Ms Soo wrote to the CPF Board via email to ask if they had the right to publish her full name.

She asked, “Do you have the right to do that? The newspaper and online articles did not publish my real name at my request. I demand an explanation. What is your intention? Does asking for help in times of dire need means exposing my identity and become a target for possible cyber bullying?”

“I meant to remain anonymous, not become the talk of the town. I am depressed enough as it is in view of my current situation. What you did has pushed me over the edge. Are you forcing me to jump out of my window? I live on the 8th floor by the way.” wrote Ms Sua.

In a statement, the Smart Nation and Digital Government Office said on 27 December (Friday), “Some specific personal information was disclosed in order to convey verifiable facts and to enable the individual to challenge the Government’s account of the case, if need be,” it said.

“The law permits such disclosure, including the identity of the individual, in the public interest.

“Public agencies have a duty to preserve the public trust reposed in them and to ensure that citizens are not misled.”

So the government claims that it had no choice but to name Ms Soo (not her real name) in public in order to protect the public trust.

But let’s take a look at six things the government could have revealed in the interest of protecting public trust but didn’t:

For years, members of Parliament and the media have raised questions about the breakdown of construction costs of HDB development projects. However, the Housing Development Board (HDB) has stayed mum on the breakdown, leaving the public with only guesses on how much HDB spends on obtaining land and subsequently on construction public housing projects.

Despite the large deficit incurred by HDB due to its “social mission” of selling flats to public at “below market values”, with land bought from government at market price, what HDB didn’t say was that the government attains even bigger budget surplus from selling land to HDB as well as to private developers.

So, even as the government is financing HDB’s deficit of close to $2 billion a year, it made even more money from its land sales, selling them at market price.

In 2018, Worker’s Party MP Faisal Manap asked a question in Parliament about how the land cost amount – which is included in the sale price of a new HDB flat – is tabulated.

In response, Minister for National Development Lawrence Wong said that affordability is a key consideration when pricing new HDB flats which are cheaper than comparable resale flats. He didn’t quite answer the question.

He also said, “The selling prices set by HDB for new flats cannot cover their development costs, which include construction and land costs.  That is why HDB incurs significant deficits every year in its home-ownership programme.”

But still, no actual breakdown.

2. Breakdown of employment change or income of citizens and PRs individually

Another thing that the government hasn’t revealed is the breakdown in employment change by Permanent Residents (PR) and citizens, often lumping those two groups together.

He pointed out that since 31,849 new PRs and 22,076 new citizens were granted in 2017, the majority of whom may be working, they may be automatically classified as resident employed persons (PRs and citizens).

Mr Leong asked, “would they make the resident unemployment rate look lower than it actually is?”

We wouldn’t know because there is no breakdown of labour statistics for employment changes or income specifically for citizens and PRs – only a single figure grouping those two categories.

Back in 2015, the Singapore General Hospital (SGH) experienced a Hepatitis C outbreak which infected 25 patients over several months, eight of whom died. Seven of those deaths were possibly linked to the infection.

The Ministry of Health (MOH) and SGH looked into the outbreak to identify those at fault. However, while the public was expecting to find out the identities of those at fault and if some of those deaths could have been invented, the report released merely stated that disciplinary action was taken against 16 unidentified senior-level people. Those people were given warnings, stern warnings and financial penalties, according to the findings.

An MOH spokesperson said that they were adhering to staff and patient confidentiality norms, and assured the public that the staff involved in the incident have been disciplined accordingly.

MOH said, “The disciplinary actions were decided based on the specific roles, responsibilities and job nature of the officers, as well as the nature of the incident and the impact of their actions in this episode.”

Straits Times’ health correspondent Salma Khaik wrote on 19 March 2016, “The public had expected transparency and accountability. Instead, what it got was roughly: “We’ve looked into it and taken action. You don’t need to know anything more. Just trust us to do the right thing.”

4. Who was behind the SingHealth data breach of 1.5 million patients?

Last year, Singapore faced its largest cyberattack which resulted in the personal data breach of 1.5 million SingHealth patients including Prime Minister Lee Hsien Loong. Shortly after the breach, a committee was formed to look into the incident, holding 22 hearings which revealed that the break went on for about a year between August 2017 to July 2018.

However, while a whole host of reasons and failing were identified in the 454-page report, the identities of the perpetrators were withheld.

Foreign Minister Vivian Balakrishnan said that the decision to do so is rooted in the need to protect Singapore’s foreign policy, in addition to serving as a potentially unhelpful and counterproductive act against the public healthcare system.

He was responding to a question by researcher Gillian Koh at a dialogue session of the Singapore Perspectives conference, organised by the Institute of Policy Studies (IPS) at the Sands Expo and Convention Centre on Monday (28 January 2019).

Dr Balakrishnan said that carrying out an exposé on the perpetrators will not increase the security of the SingHealth system and will potential potentially result in negative outcomes for Singapore’s foreign policy should any particular nation-state be named.

About two week before that, Minister for Communications and Information S Iswaran responded to a similar question by saying, “We know who the perpetrator is and appropriate action has been taken”.

In response to Pioneer Member of Parliament Cedric Foo Chee Keng’s question as to whether the Government could elaborate on the decision behind keeping the perpetrators’ identity a secret, Mr Iswaran said that “in deriving a sense of confidence, our citizens should be looking at the totality of our response and not focus on one particular aspect of the response.”

5. The benefit of CECA to Singaporeans

In November, a member of the public wrote to the Straits Times Forum to counter the accusations made by the ST Editorial that “the spread of incorrect and misleading information” on policy issues via social media has potential to harm the Singapore’s social fabric. 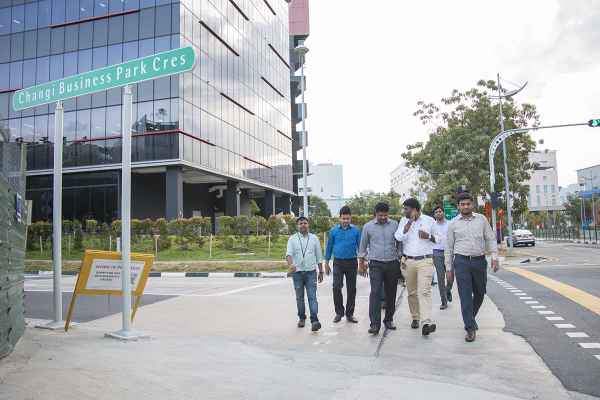 The editorial, titled ‘Distinguishing Fact from Fiction‘, referred to the hotly debated Singapore-India Comprehensive Economic Cooperation Agreement (CECA), calling for Singaporeans to “be able to distinguish fact from fiction”.

Mr Ang noted that most, if not all of the information circulating online about CECA condemned the agreement, which was signed in 2005, for being unfairly lopsided in favour of India.

Mr Ang said, “As a result, much vitriolic criticism has been directed at the Government.”

He continued, “While it is easy to implore the millions of ordinary Singaporeans to distinguish fact from fiction in relation to CECA, the reality is they do not have the wherewithal to gather the facts and figures to make a well-informed judgment.”

He added, “Many Singaporeans are convinced that Ceca has enabled Indian nationals to steal their jobs.”

And earlier in August, founding Secretary-General of the Progressive Singapore Party (PSP) Dr Tan Cheng Bock said at the party launch that the party will ask the government to come up with a balance sheet to account for how Singapore has benefitted from CECA.

Finally, the country tends to circle back to this particular issue every once in a while – the salary of Temasek Holdings CEO and wife of Prime Minister Lee Hsien Loong, Ho Ching.

However, it was pointed out by the PM’s brother Mr Lee Hsien Yang, that Temasek’s annual financial report once again did not disclose the salary of its CEO. Also pointing out this glaring omission is Chief of People’s Voice Party Lim Team who described it as absurd and asked, “where is the transparency and accountability?”

TOC noted in an article in May 2019 that Temasek is an exempt private company under the Singapore Companies Act. This means the company is not required to publish its audited statutory consolidated financial statements.

Because of that, they aren’t obliged to tell the public how much Ho Ching is paid.

When probed by Workers’ Party MP, Png Eng Huat earlier this year, Minister of National Development, Lawrence Wong refused to disclose the pay of Temasek’s management. Saying that the Government keeps an “arms-length relationship” with GIC and Temasek Holdings, and does not get involved in their operational decisions, such as remunerations.

The best we can come up with is a calculated guess based on how much other CEOs were paid per year and how much Temasek had offered Charles Goodyear when they approached him to be CEO back in 2009. Blogger Philip Ang puts it at about $300,000 a day or well over $100 million a year.

Temasek is Singapore’s sovereign wealth fund. Which means as Mr Lim Tean said, the stakeholders are Singaporeans and they should have the right to know how their money is being managed. This includes being transparent about how much Temasek staff are paid.

Given the six examples above, this begs the question of whether the government really does put public trust and transparency above anonymity and privacy?