Two weeks ago (23 Mar), PM Lee was at the official opening of Sengkang Hospital. He said more hospitals are being built because additional capacity was needed as the number of patients increased.

“We are building these new facilities because we need additional capacity. Our total patient numbers have been rising steadily and there are a few reasons for this,” he said.

First reason, he said was because Singaporeans are living longer. “Because on average, although the life expectancy is 85 years. The healthy life expectancy is only about 75 years, which means we can expect to experience about ten years of ill health in our lives,” he said.

The second reason he said was because “we are all getting more chronic diseases, like diabetes, hypertension, high cholesterol”.

He went on to list the third reason, “The third reason is that we not only have more seniors, but also smaller families and therefore a larger proportion of seniors in the population.”

“So there are fewer family members to look after each aged sick person at home. And with less family and social support, chronic medical conditions are likely to worsen, which will result in more admissions to hospitals,” he said. “So our healthcare system must adapt to all these changes in our population and our healthcare needs.”

However, he completely avoided mentioning that yet another reason for the increase in building more hospitals was due to the huge increase in Singapore population in the last 2 decades or so. 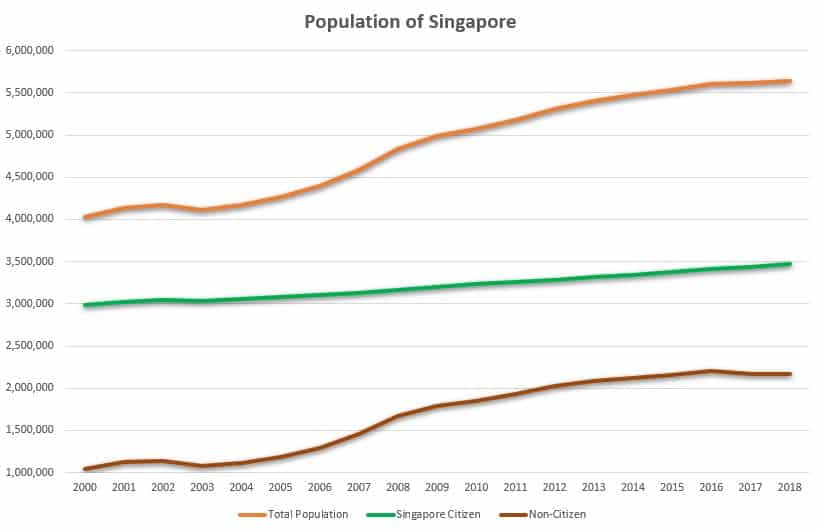 With more people residing in Singapore, more hospitals naturally would be needed too.

Not to mention that the government is playing catch up with the growth of population with the number of hospital beds available. As we can see from the World Bank data, hospital beds per 1000 individuals had shrunk from 3.6 beds in 1990s to just 2 in 2011. In 2015, the figure stands at 2.4.