Channel News Asia published a news on Tuesday (4 Dec) highlighting that MacPherson estate is celebrating its 50th anniversary this year. It marked the occasion with a community event last month, unveiling a new mobile app with functions that connect residents to digital doctors and volunteers.

“Some people may think MacPherson is very old… With an old estate, things obviously suffer wear and tear, and give a sense of a dated feel,” said MacPherson MP Tin Pei Ling. “But it is a place where there’s a lot of heritage and, because of our rich heritage, it gives us the confidence to imagine the future as well, and try new things.”

“In the seven to eight years that I’ve been (working) here in MacPherson, (I’ve noticed) there’s that human bond which is very strong,” Ms Tin added. “So many of them have stayed here for decades since their youth and, for some, since they were born. The kind of emotional attachment, the sentiment that they have towards MacPherson is very deep and strong… It’s the people who give MacPherson its soul.”

Happy and satisfied residents to stay put in MacPherson

CNA also tried to portray the residents at MacPherson being happy to live there.

Mr Phua Soo Kiah, who was interviewed by CNA, said, “It was a very good environment to live in growing up. There was that mutual trust and community spirit… Neighbours would help each other out, take care of each other’s children and we were all very close.”

“I won’t move,” he added. “My children already have homes elsewhere, and they’ve asked if we want to move in with them. But I think it’s better here.”

“I never thought as a child that MacPherson would be the way it is today,” he told CNA.

Another happy resident interviewed by CNA, Mdm Chonbi Ismail, said, “I’m happy here – the market is very near, the bus stop is very near, you can go anywhere you want to, it’s easy.”

“Last time there were no shops, I had to take a bus to Geylang. But now, there are plenty,” she added.

“This house is special for me, I like it here and I’m happy… I sleep very well,” said Mdm Chonbi, who lives in a 1-room flat. “My niece stays in Changi – in a big house. She also tells me to come to stay with her, but I don’t want to.”

Since the announcement of National Development Minister Lawrence Wong last year that majority of HDB flats at the end of their lease would be returned back to the government and not enjoy SER upgrades, the value of many old HDB flats has dropped considerably, including those in MacPherson estate. 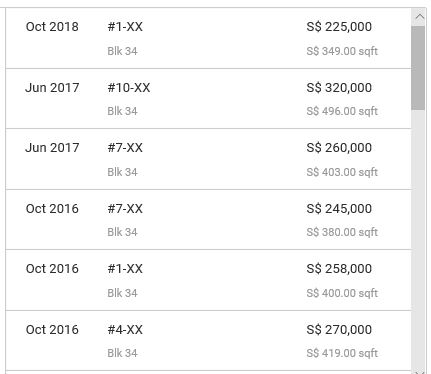 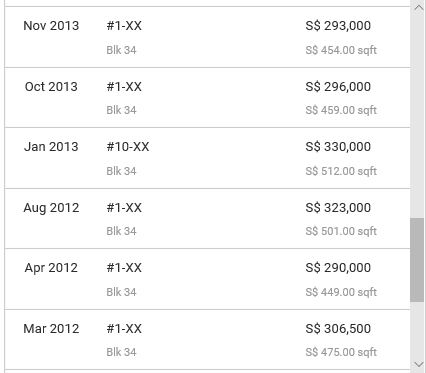 And for block 38 Circuit Road, the recent transaction records show: 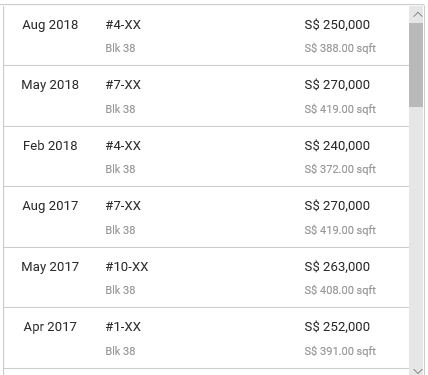 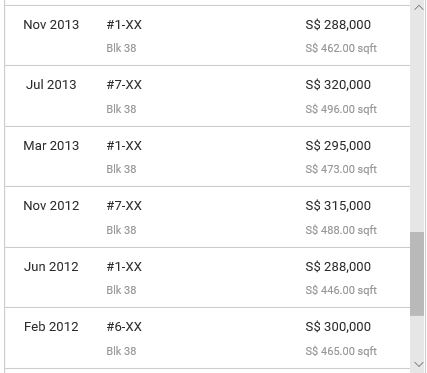 Not surprisingly, Ms Tin avoided talking about the declining asset value of HDB flats in her estate to CNA. Instead, she talked about the emotional attachment and soul of her estate.

In any case, she did well in the last GE, winning 65.6% of votes in MacPherson.