A total of 3,438 cartons of duty-unpaid cigarettes that were hidden in picture frames were seized from the loading bay area of the self-storage facility (Source : Singapore Customs).

Singapore Customs has announced that it had conducted operations in a self-storage facility located in the northeastern part of Singapore on 7 December 2016, and seized a total of 5,635 cartons of duty-unpaid cigarettes.

Singapore Customs said that its officers kept a close watch as a shipment imported from China – declared as decorative items – was delivered to the self-storage facility on 7 December 2016 afternoon. Subsequently, the officers moved in to check the consignment and recovered 3,438 cartons of duty-unpaid cigarettes that were hidden in 79 boxes of picture frames. 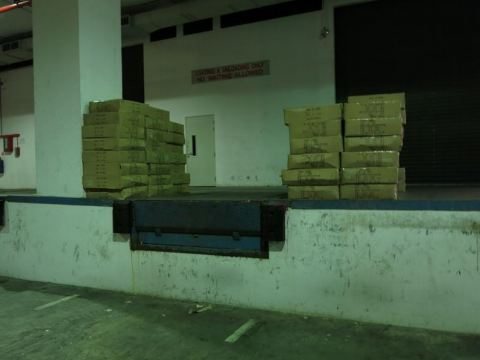 Its officers then raided a unit in the same self-storage facility and recovered another 2,197 cartons of duty-unpaid cigarettes following further investigations.

According to Singapore Customs, the total amount of duty and Goods and Services Tax (GST) involved amounted to about $437,280, and $44,020 respectively. Investigations are ongoing. 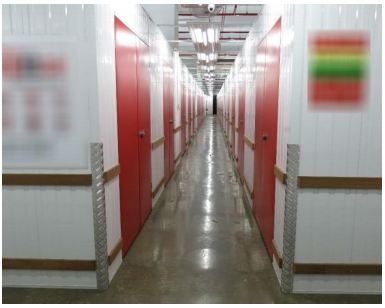 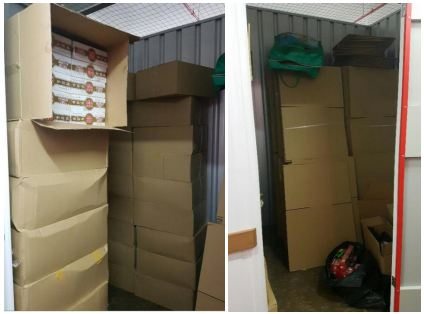 “Anyone caught using these facilities to store duty-unpaid cigarettes will be prosecuted. We advise operators of self-storage facilities to exercise proper due diligence in screening persons renting their facilities. They should also report any suspected illegal cigarette activities taking place on their premises to Singapore Customs,” he added.

Singapore Customs alerts members of the public that buying, selling, conveying, delivering, storing, keeping, having in possession or dealing with duty-unpaid goods are serious offences under the Customs Act and the GST Act. Offenders will be severely dealt with.

Offenders could be fined up to 40 times the amount of duty and GST evaded and/or jailed for up to six years. Repeat offenders who are caught with more than two kilogrammes of tobacco products will also face mandatory imprisonment. Vehicles used in the commission of such offences are also liable to be forfeited.