Following reports of defects which first surfaced in May at the Waterway Terraces I build-to-order flats in Punggol, homeowners have now taken to approaching their Member of Parliament to complain about the poor workmanship of their homes.

Apparently, some of the flats were affected by leaking rainwater during the downpour on Monday night.

Postings on the Hardware Zone forum showed uploaded screenshots of what appears to be Facebook updates on the “Punggol Waterway terraces I” Facebook page.

In one of them, a certain Johnny Chiang tagged MP for Punggol-Pasir Ris, Janil Puthucheary, in a letter informing him of the incident and to ask for his help.

“It is with a heavy heart [that I pen] this issue on behalf of 3000+ residents because very obviously, everything is not going well for the residents of Waterway terraces I,” Mr Chiang wrote.

He related how at about 2am the previous night, a heavy downpour had caused the rain to start “pouring in and seeped into the homes of many of our residents.” 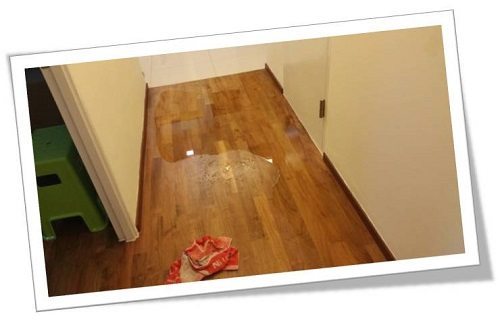 “This was accompanied by the ringing of lift alarm which woke most residents up,” Mr Chiang continued, adding that the fire brigade was activated to attend to the incident.

He asked why “many of our homes came with so much [sic] flaws.”

He added that the BSC – Building Service Centre – “has not been the best source of resolutions.”

Apparently the rain has come in through the windows too, which one resident said “is not heavy-rain proof.”

Another expressed similar concerns: “I have not moved into my unit yet but I’m starting to worry about the ‘not rain proof’ windows and balcony doors.”

She added, “I saw videos and photos of the rain this morning, it was really scary that the rain can just sip [sic] in like that.”

Yet another resident, Mr Goh, said, “Water seeped into living room through the roller door at the balcony.” 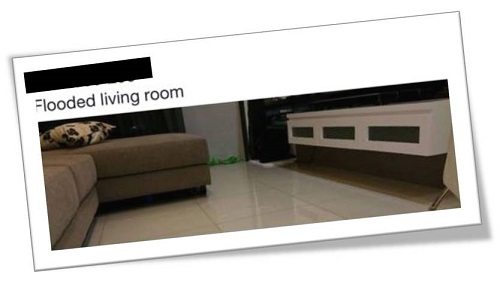 A Ms Fang was similarly affected: “Our living room, common rooms and master bed room were all affected as well. Can you imagine waking up with rain droplets on your face? Seriously, what premium price we paid to deserve this? Fire alarm goes off in the middle of the night and lasted for a while while we clean up the mess.

“What a nightmare,” she said. 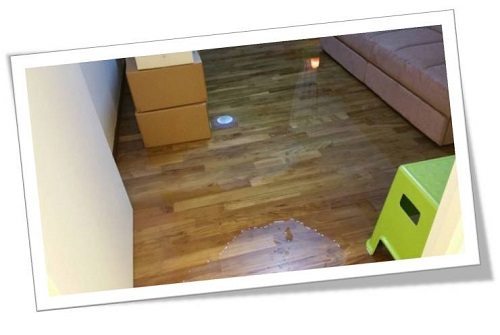 This is not the first time that residents of the relatively new development has raised concerns about defective work in their homes.

In May, The Online Citizen (TOC) reported the experience of one resident, Mr Adrian Chong, who was inundated with so many problems in his flat that he has had to postpone his moving in to a later date. (See here.)

“There are some defects which pictures won’t be able to tell much, like loosening of the rubber tracks for the sliding doors at the balcony and service yards.” said Mr Chong, who also informed TOC of problems with the flooring and piping in his flat.

In Parliament on Monday, the Minister of State for National Development, Desmond Lee, said that BTOs flats have improved “significantly” in quality and that most of these defects raised by residents were “surface imperfections”, echoing a point made by the Housing and Development Board (HDB) weeks earlier.

He said those who encounter such problems could approach their BSCs or the HDB to resolve the issues.

However, a resident at the Waterway Terraces I development said the “BSC is useless”.

Another resident said, “Home means the last stronghold. No matter how it looks, protecting us from wind and rain is the most basic functionality.”