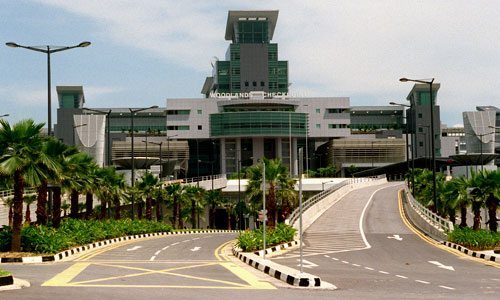 A week after a Singaporean man was arrested for failing to stop as instructed at the Tuas Checkpoint, two more similar incidents have occurred at the Woodlands checkpoint.

In a press release on Tuesday, the Immigration and Checkpoints Authority (ICA) said the first incident happened on Monday, 29 June.

At about 3.50 am on the day, a Singapore-registered car driven by a male Malaysian arrived at the Woodlands Checkpoint.

“The 41-year old man, who is also a Singapore Permanent Resident, had driven past the immigration counter without stopping for clearance,” the ICA said.

In the second case, which took place a day later, on 30 June, a Malaysia-registered car failed to stop for immigration clearance.

The ICA explained what transpired:

“The Malaysia-registered car was tailgating the car in front at the Woodlands Checkpoint. The ICA officer activated the alarm and the Arrival Car Zone was locked down immediately. The ICA officers intercepted the car at the Arrival Car Zone within the checkpoint. When the officers requested for the driver to switch off the engine and to unlock the vehicle, the driver refused to comply. Officers had to break both the front and rear passenger windows to escort the driver out of the vehicle. The 34-year-old female Malaysian, who was in possession of an expired travel document, was placed under arrest.”

On 23 June, Mr Mohamed Dawood Abdul Sukkur, 47, was arrested for failing to stop as instructed at Tuas Checkpoint. Mr Dawood was directed by ICA officers to an area for further checks but he failed to stop and drove past Tuas Checkpoint in his 7-series BMW sedan.

His failure to stop ignited a manhunt and he was only arrested two hours later at 2pm near Pioneer North Road.

Upon his arrest, police officers found that Mr Dawood was in possession of more than 100 boxes of curry puffs and kueh.

He has since been charged for one count of committing a rash act endangering human life or personal safety of others, and is out on bail of $10,000.

Two weeks earlier, a 34-year old man was shot dead by security personnel near the Shangri-la Hotel for breaching security measures which were in place for a summit of global defence leaders.

Two other men who were also in the car involved in the incident have since been arrested and face charges for drug possession.