Not entirely certain who will be S’pore’s next leader: PM Lee 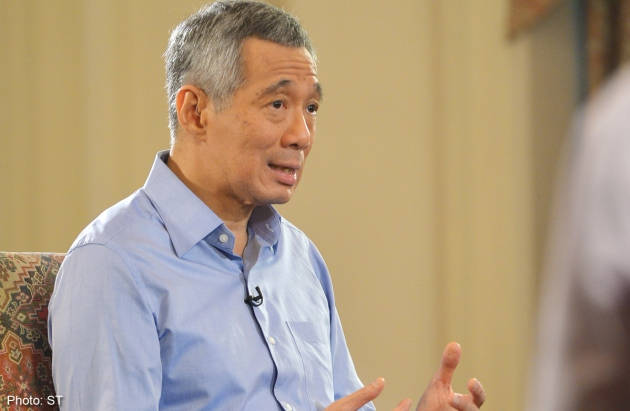 In an interview with reporters recently, Prime Minister Lee Hsien Loong was asked about his successor.

Q: Is your future successor currently in the Cabinet? Because you have said you want to hand over before you are 70 years old, so is it also likely that you hand over to your successor mid-way in the next term, so you have to give him a little time to prepare?

PM: Yes, he may already be in the Cabinet, but it is not entirely certain, because I will bring in some MPs and some new people with leadership calibre in the next General Election. Therefore, we should be able to find a successor between this election, the previous election and the next election.

Mr Lee’s answer is revealing in that the Government is clearly still unsure if it has found the “Dalai Lama”, as one reporter put it some years ago.

This is in sharp contrast to what Singapore’s leaders had said in the past but is reflective of the problem the Government (and the ruling People’s Action Party) is facing in looking for top talents to join its leadership ranks.

In a speech in Parliament in 2007 during the debate on civil service salaries revision, PM Lee said he hoped that in 10 years time, one among those he has assembled in government will be ready to take over the reins as prime minister.

The next general elections must be called by January 2017 – two years from today.

And indeed, in the lead-up to the last general elections in 2011, the talk was all about the next generation of government leaders, and how the PAP’s new candidates would form the “nucleus” of this.

However, among the PAP’s new set of winning candidates from 2011, only four have emerged as a potential future PM.

But among the four, it was pointed out that two of them – Chan Chun Sing and Tan Chuan Jin – were from the military; while the other two – Heng Swee Keat and Lawrence Wong – were from the civil service.

The PAP seems to have problems recruiting from outside its traditional hunting grounds of the military, the civil service, and the unions, at least as far as potential top leaders are concerned.

Yet, speaking at an event in the Nanyang Technological University in 2010, Emeritus Senior Minister, Goh Chok Tong, expressed hope that “Singapore’s fourth Prime Minister could be among the new faces fielded in the next general election.”

He was referring to the general elections of 2011.

“Out of this election, we must produce Singapore’s fourth Prime Minister and a core team of younger Ministers who will take over from the present team,” he said.

Given what Mr Lee has said in his latest remarks on the matter – that “it is not entirely certain” that the next PM is in the current Cabinet – Mr Goh’s hopes must be held out for a bit longer.

Mr Lee now says his successor may be someone from the next elections instead.

But this just shows that the leadership succession plans of the PAP may have run into uncertain waters.

To be sure, succession is not an easy thing to engineer.

For example, former Law Minister, S Jayakumar, was “anxious that I find a successor”, Mr Lee said in 2007.

This was because by 2008, Professor Jayakumar would have been the Minister for Law for 20 years.

In 2008, the government had to bring in a backbencher to replace Prof Jayakumar – PAP MP for Sembawang GRC, K Shanmugam, who continues to helm the ministry.

Another instance which perhaps shows the difficulty the government is facing in its recruitment plans is finding a replacement for NTUC chief Lim Swee Say.

Mr Lim, who is currently 61-years old, had said in 2011 that he would retire from politics at the next general elections. However, he made an about-turn in 2014 and said that he would contest the next elections instead.

Speculations are that there is a lack of well known ministers who can take over the helm at East Coast GRC which the opposition Workers’ Party (WP) has in its sights. Former Transport minister Raymond Lim, who is also in the PAP East Coast team, is expected to step down as well.

In addition, as Mr Lee said, there could be a bigger number of smaller GRCs in the next elections. If this is the case, we will see PAP candidates who are currently Ministers of State, instead of the Ministers themselves, helm these teams for the PAP in an election.

Also, questions were raised about who might replace Mr Lim at the NTUC. Mr Lim has served eight years as secretary general of the union movement.

Mr Lee said in December that Singaporeans “will know within a few months” who Mr Lim’s successor will be.

And across the board in almost all PAP-held constituencies, there could be quite a few ministers who may make way for younger blood, or are “ripe” to be replaced.

In Tanjong Pagar and Marine Parade GRCs, for example, Mr Lee Kuan Yew (92) and Mr Goh (74), may not be fielded in the next elections. Both were moved out of the Cabinet in 2011.

Similarly, Wong Kan Seng (69) in Bishan-Toa Payoh;  Yaacob Ibrahim (60) in Moulmein-Kallang; Lim Hng Kiang (61) in West Coast GRC; and Mah Bow Tan (67) in Tampines, may all be looking at stepping down as well.

But the main question of leadership succession at the very top is the one which concerns most Singaporeans.

Mr Lee himself has been in politics for 30 years, with 10 as prime minister. His preparation, so to speak, for prime ministership took 20 years.

His successor may not have that luxury of time, given that Mr Lee, who is 62, has indicated he would like to step down by 70.

And in politics things may not run so smoothly anymore.

As Mr Lee himself said, when answering a question about how the PAP ensures that its candidates meet the party’s requirements:

“As to how to ensure that our candidates meet our requirements, we will do this job to the best of our ability, and check behind the scenes. However, no one can be certain 100 per cent that it will not go wrong.”

Its choice for Speaker of Parliament is one such example of how things may not go as planned.

The answer to who will be Singapore’s next prime minister is thus still quite some ways from certainty.