Just yesterday, King Charles III met up with Rishi Sunak at Buckingham Palace in London and invited him to form a new government as the new Prime Minister of the United Kingdom.

Sunak was earlier elected by his Conservative party members to become the leader of the Tories as the sole valid candidate after Liz Truss announced her resignation on 6 October due to low confidence expressed by Conservative backbenchers against her performance as PM.

Sunak is the youngest Prime Minister in 200 years for the UK and also the first person of colour to take up the highest political appointment in the country.

The 42-year-old Indian-origin Tory leader – whose parents migrated from East Africa to the UK is a practising Hindu with Punjabi roots – was openly backed by 100 over Conservative backbenchers which spurred his competitors to concede before the official party election.

Not all are happy with Sunak’s appointment, such as the opposition calling for a general election to provide a new mandate instead of yet another re-election among the Tories. But none has expressed their objection to the new PM over the colour of his skin and origins.

According to UK’s data, the racial composition of its population is predominantly White with Asians making up less than 8 per cent.

The recent turn of events in the UK has led to some reflections back in Singapore’s leadership succession woes.

Singapore has had three Prime Ministers since its independence in 1965; namely the late Mr Lee Kuan Yew, Mr Goh Chok Tong and its current Prime Minister, Lee Hsien Loong. All come from the ruling party, the People’s Action Party (PAP) which had helmed the parliament for the past 57 years.

It has been 18 years since Mr Lee Hsien Loong took over Mr Goh in 2004, and he has said to have placed finding a successor as an utmost priority.

Following his health scare in 2016, when Mr Lee Hsien Loong fainted briefly on stage during his National Day Rally, the calls for a successor garnered strength, and speculations started amongst the population as to who would succeed Mr Lee Hsien Loong as PM.

According to the 2016 poll commissioned by Yahoo Singapore, 69 per cent of all 897 respondents said they would support Tharman Shanmugaratnam, who was then the Deputy Prime Minister and former Finance Minister, as a candidate to be prime minister.

Hardly anyone online cried foul to the results, a stark contrast to reactions with the majority of poll results announced in Singapore. 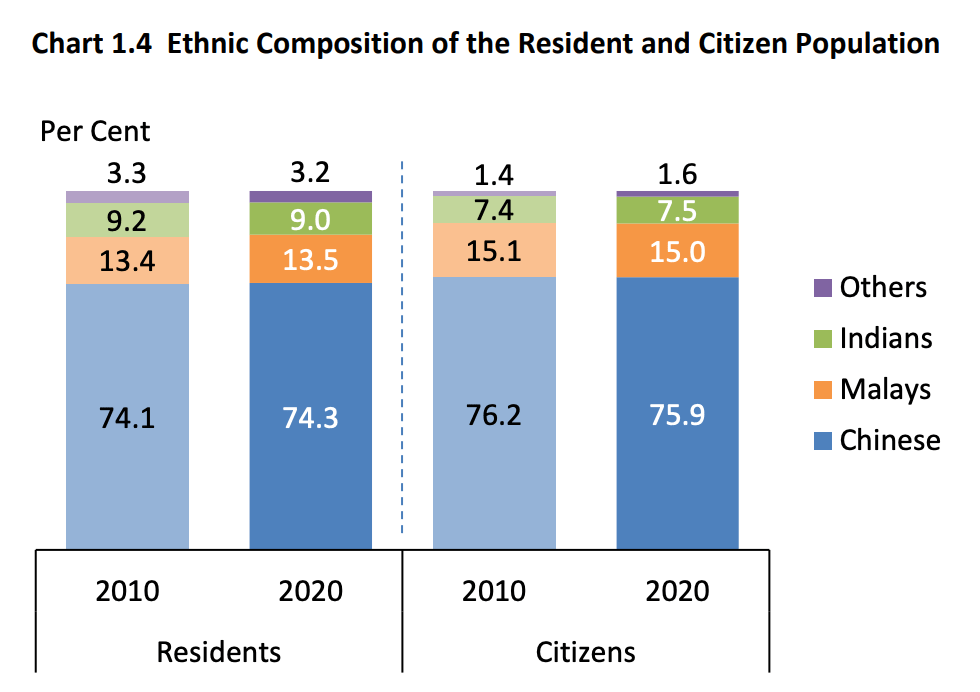 According to Singapore’s data, the racial composition of its population has been steadily predominantly Chinese at around 75 per cent.

However, Tharman who was 59 years old, denied interest in the top position.

“Just to be absolutely clear, because I know of this talk that’s going around, I’m not the man for PM. I say that categorically. It’s not me. I know myself, I know what I can do, and it’s not me,” said Mr Tharman in response to the poll when asked.

“I’m good at policymaking, I’m good at advising my younger colleagues, and at supporting the PM – not at being the PM. That’s not me.”

The leaders at PAP have always taken the position that Singapore is not ready for a non-Chinese PM.

In 2008, Mr Lee Hsien Loong was asked at a grassroots event, in the light of Mr Barack Obama’s electoral win as US President, if Singapore was ready for a PM of a minority race, and specifically from the Malay-Muslim community.

Mr Lee said in reply: ‘It’s possible. It depends on how people vote, on who has the confidence of the population.’

“Will it happen soon? I don’t think so, because you have to win votes. And these sentiments – who votes for whom, and what makes him identify with that person – these are sentiments which will not disappear completely for a long time, even if people do not talk about it, even if people wish they did not feel it.”

Speaking at a ministerial forum organised by the Nanyang Technological University Students’ Union in 2019, Mr Heng Swee Keat in response to a question about the poll, said that while many among the 700 students who attended the forum were happy to have a prime minister who is not Chinese, this was not the case for all of Singapore.

“My own experience in walking the ground, in working with different people from all walks of life, is that the views — if you go by age and by life experience — would be very different,” Mr Heng said.

Nevertheless, Mr Heng said: “I do think that at the right time, when enough people think that we may have a minority leader, a minority who becomes the leader of the country, that is something that we can all hope for.”

Mr Heng at the age of 57, was appointed Deputy Secretary General of PAP in November 2018 and was touted to be the successor to Mr Lee Hsien Loong.

Soon after the pandemic general election in 2020 where PAP saw its votes plummet to 61.24% — down from 69.86% in the last election in 2015, Mr Heng threw in the towel as the would-be PM as he claims that he has too short a runway to take over from Mr Lee Hsien Loong.

As Mr Tharman, who was then 64, had been omitted from consideration by the PAP leaders and the press, the choice was limited to the fourth-generation ministers with top choices being Mr Lawrence Wong, Mr Ong Ye Kung and Mr Chan Chun Sing.

Mr Wong was later revealed a year later, at a press conference as the leader of the fourth-generation team and successor to Mr Lee Hsien Loong.

It is “entirely possible”, he told presenter Stephen Sackur, as long as the Members of Parliament (MP) in Singapore have the confidence that this person can lead them into the General Elections and win the elections.

Mr K Shanmugam’s response is logically correct but, at the same time, troubling when we consider the political reality.

Regardless of the constant insistence by PAP leaders insisting that it is the people who are not ready for a non-Chinese PM, if Mr Lawrence Wong and Mr Tharman were placed side by side in a contest for the people’s choice of the next Singapore PM, bets are that the people will still go for Mr Tharman.

Most online comments state that it is not the race that the voters are looking at but the candidate’s perceived ability, bearing and international standing. One reason why Mr Chan, despite best efforts by PAP and the press, has failed to convince voters that he can be considered as a candidate for Singapore’s next PM.

Obviously that it is not the case that Mr Tharman has left politics for international politics as an economic consultant, or that he is unfit for the appointment due to poor health — no one can say anything about being too old for the job, with our neighbouring country having appointed a 92-year-old as their PM.

Voters on both sides of the fence can all accept that Mr Tharman would and will make a promising PM for the country and would be a unifying figure — much more than that achieved from an “elected” president.

However, despite the various opportunities and electoral benefits for PAP to name such a non-Chinese as a PM successor amid a trend of declining votes, it still went away with choices that feel more like a make-do decision.

So can we just accept that it is not the Singaporeans who are not ready for a non-Chinese PM but simply the ruling party?

For just US$7.50 a month, sign up as a subscriber on The Online Citizen Asia (and enjoy ads-free experience on our site) to support our mission to transform TOC into an alternative mainstream press.
Tags: People's Action Partyracial harmony

by The Online Citizen
0