PRC media says China ahead of US in Olympics by combining medals from Taiwan, Hong Kong, Macau

It was reported that after the Tokyo Olympics ended on Sunday (8 Aug), mainland Chinese media outlets have been claiming that China has won more gold medals than the United States (US).

They did this by combining the gold medals won by Hong Kong and Taiwan into their fold.

“The Olympics may be over, but Chinese state media is still going for the gold,” an Australian media joked.

“One of the communist country’s official outlets found a way to boost its nation’s second-place medal haul ahead of the leading United States, by including the (gold) medals won by Taiwan and Hong Kong in the tally.”

Apparently, the China Central Television listed China as having 42 gold medals, now three ahead of the 39 that the US took home, and four more than mainland China alone exactly took home. 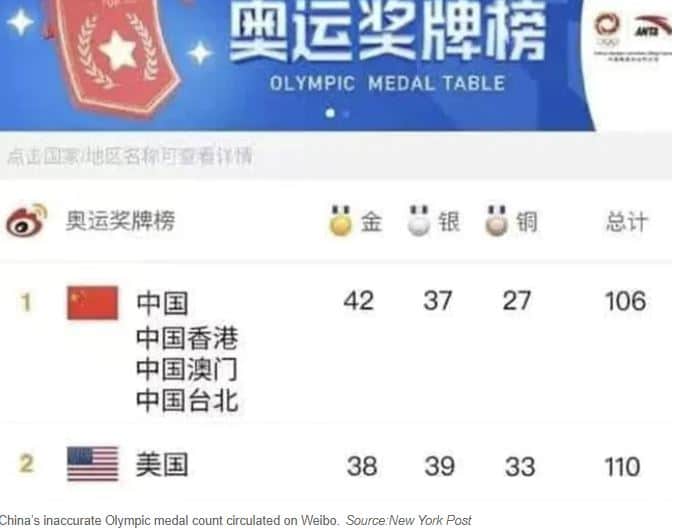 In addition to China Central Television, some mainland Chinese also grouped Taiwan, Hong Kong, and Macau on the Weibo tally to give the enlarged “China” 42 golds, 37 silvers, and 27 bronzes for a total count of 110.

“Congratulations to the Chinese delegation for ranking first in gold medals and the total number of points,” they wrote.

It is noteworthy that the International Olympic Committee (IOC) currently requires Taiwan to compete as “Chinese Taipei”.

In the case of Hong Kong, when the British handed it over to China in 1997, a deal was also struck between the IOC and China, in which Hong Kong would be allowed to compete as a separate sporting entity under “one country, two systems” and under the name “Hong Kong, China”.

Meanwhile, a similar arrangement allowed former Portuguese colony Macau to compete as a separate entity after its handover in 1999.

The official Olympics website ranked US as the top nation in the medal tally. 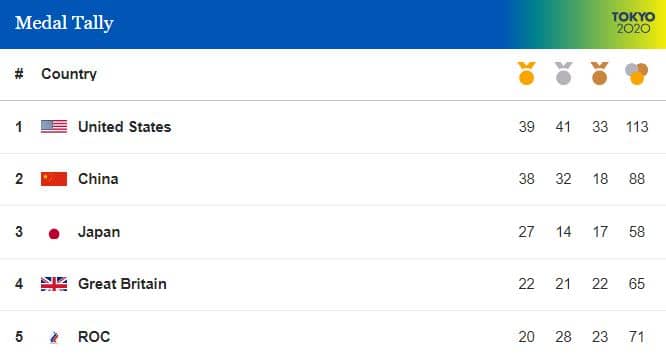 For just US$7.50 a month, sign up as a subscriber on The Online Citizen Asia (and enjoy ads-free experience on our site) to support our mission to transform TOC into an alternative mainstream press.
Tags: ChinaTokyo Olympics