“A man, who identified himself as a Singaporean, was caught on camera gesticulating wildly and repeatedly shouting and accusing an expatriate family of four of spreading the coronavirus here,” Mothership wrote. “The unsavory incident occurred at Pasir Ris Beach Park on Sunday, May 2, 2021, slightly after 6pm.”

Mothership revealed that the incident was captured on video by the expat’s wife and she later sent it to Mothership.

The wife said in an email to Mothership that her family were shocked to witness the unprovoked and overtly “racial comments” directed at them, which was the first time they experienced here. The family was said to have been in Singapore for the last 10 years.

She told Mothership that she was concerned about her children would be most affected by the incident.

She alleged that the Singaporean man taunted her family initially by continuously shouting in their direction, “Bloody Indians go back, spreading virus here.”

She said her family ignored the man’s taunts at first. However, when her family crossed his path again later, the man repeated his taunts, she alleged. She said her husband then went up to the man and told him he “cannot call us as bloody Indian” as “it’s a slang”.

“He reacted, took out his mobile and said he will put a video of us on social media, and that we are the Indians spreading virus here,” she said. “At this point I took out my mobile phone and started taking a video of him.”

However, the video which was put up by Mothership on its YouTube channel did not show the man taunting. The wife explained to Mothership, “He changed the point later as a mask issue, but the taunts were very clear. While India is gasping for life, these taunts stung as very hurtful comments.”

In the video, the man said he is a Singaporean who had served his NS at the 41st Singapore Armoured Regiment.

He asked the expat, “Where did you serve your NS?”

He then continued, “What is your problem? You don’t come here and challenge us.”

“I’m not talking to you. You are not wearing your mask. You must maintain a safe distance.”

“You don’t come here talk so much, I wasn’t talking to you.”

“This is my country. Back off. Maintain your distance.”

“You are coming here. You are spreading the virus.”

“This will go to social media.”

In response to the Singaporean man’s repeated accusations, the expat could be heard asking at various points, “Why did you say ‘Bloody Indians’?”

The wife said that the incident ended when her family backed off and by then other people had stepped in. “A few local Singaporeans were explaining to him to cool down as we made a move out,” she said.

“Our prayers are definitely with the whole Indian community suffering in India right now. We have resided in Singapore for 10 years now, and love this country as our own.”


Commenting on the video which captured the incident on Mothership’s YouTube channel, it was observed that many netizens praised the man instead: 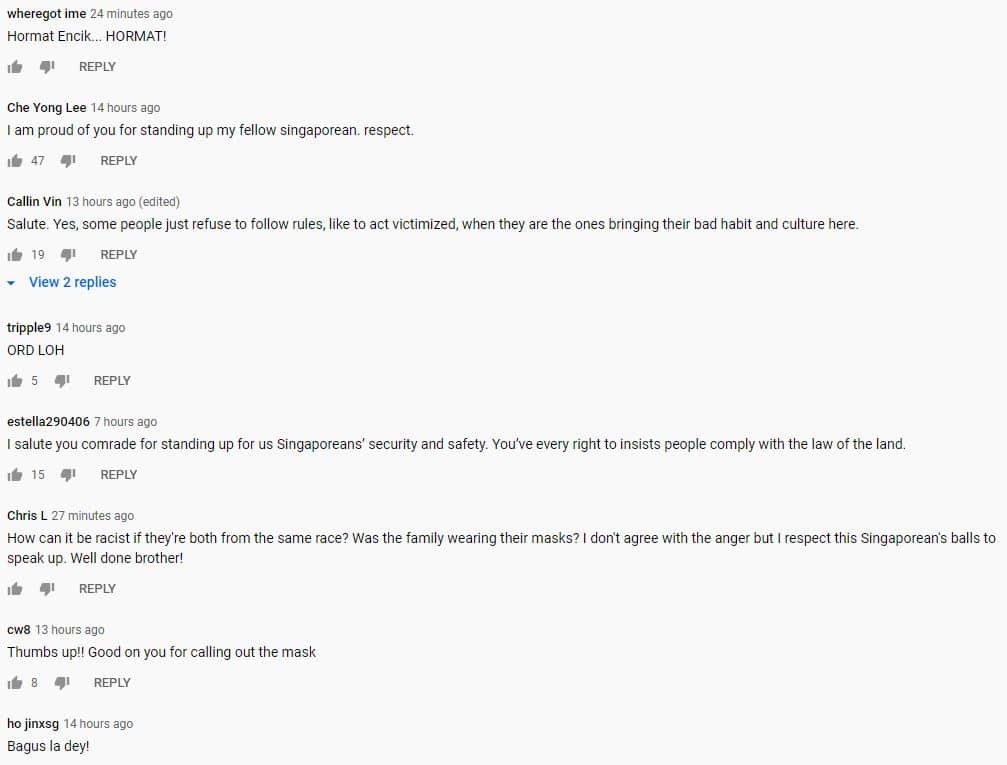 Comments on Mothership’s Facebook post were similarly largely in support of the Singaporean man, while some called him out for being xenophobic even though he did not say the words that he was accused of saying. 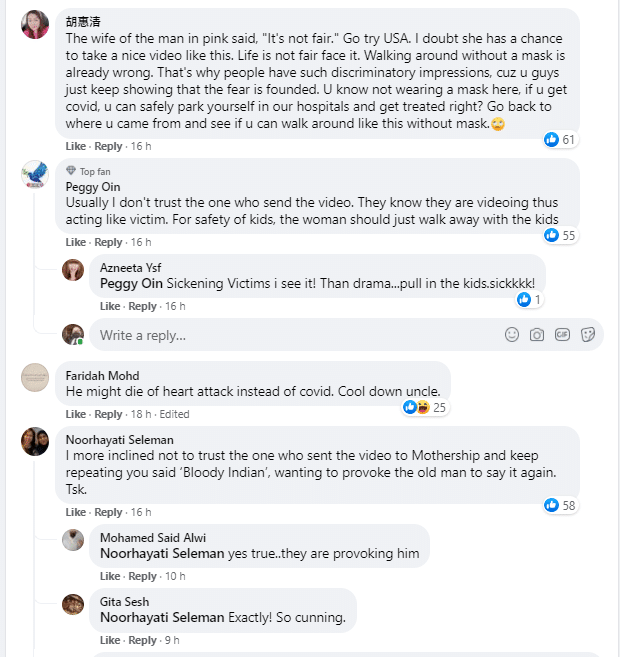 Zulfikar Shariff’s Arrest and The Seeds of Terror