According to the latest information on GISAID website today (3 May), the B1617 double mutation variant found in India has now reached close to 30 countries in the world, including Singapore.

In Singapore, there have already been 121 COVID-19 cases reported to have contracted the B1617 Indian variant. In fact, Singapore is now ranked #4 in the world with the most number of cases with this variant. 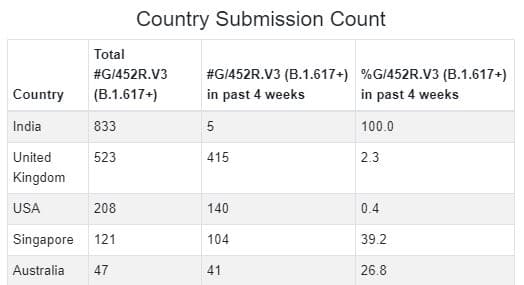 The following is a map tracking the occurrence of the B1617 Indian variant spreading in the world: 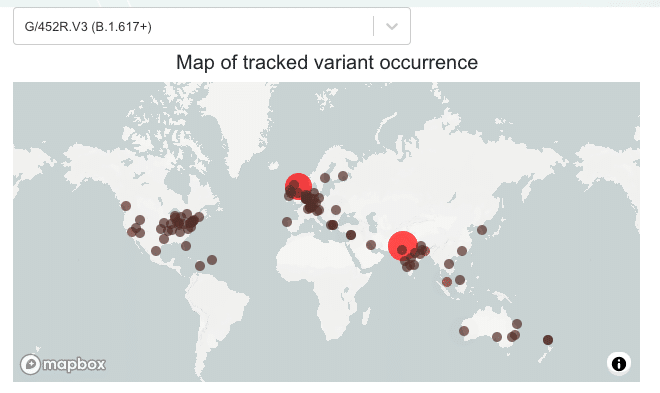 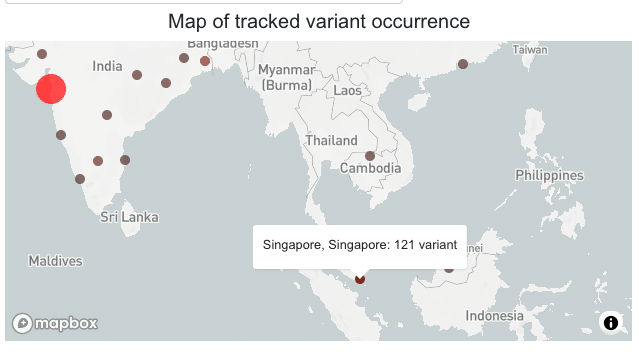 Last Tue (27 Apr), the World Health Organization (WHO) said that the B1617 variant feared to be contributing to a surge in coronavirus cases in India has been found in more than a dozen countries.

It said that the B1617 variant first found in India had as of last Tue been detected in more than 1,200 sequences uploaded to the GISAID open-access database “from at least 17 countries”. As of today (3 May), it has already spread to 28 countries including India, according to data from GISAID.

“Most sequences were uploaded from India, the United Kingdom, USA and Singapore,” WHO said last week.

GISAID is a global science initiative and primary source established in 2008 that provides open-access to genomic data of influenza viruses and the coronavirus responsible for the COVID-19 pandemic.

On January 10, 2020, the first whole-genome sequences of SARS-CoV-2 were made available on GISAID, which enabled global responses to the pandemic, including the development of the first vaccines and diagnostic tests to detect SARS-CoV-2. GISAID facilitates genomic epidemiology and real-time surveillance to monitor the emergence of new COVID-19 viral strains across the planet. GISAID was recognized for its importance to global health by G20 health ministers as well as the WHO.

Of the 25 imported cases announced by the Ministry of Health yesterday (2 May), 17 were found to be linked to India.