SMA said that IP insurers must take “much of the responsibility” for the insurance mess they find themselves in, where they are losing money over IP insurance. This is because IP riders were introduced by the insurers with the knowledge of the consequences of such riders known in the industry for a long time, SMA said.

“SMA Council agrees that to address this, co-payments and deductibles have to be re-introduced, but this does not detract us from the fact that this problem was created by the IP insurers, in the first place,” SMA added.

In particular, SMA disagrees with the implementations recommended by the Life Insurance Association (LIA) on the followings:

Furthermore, SMA revealed that IP insurers are losing money NOT because of excessive or higher claims by policyholders. Rather, it’s due to the rapid rise in management expenses and commission payouts, it noted.

SMA showed that for the period between 2016 and 2019, the estimated Average Payout Per Claim went down by 1% while the claim incidence rate for IPs grew only at a Compound Annual Growth Rate of 9%, which is comparable to the general Medishield Life’s corresponding rate of 10%.

However, during the same period, the growth in Management Expenses (56.6%) and Commission (50.4%) consumed by IP insurers have far outstripped that of Gross Claims (35.9%).

“This rapid rise in Management Expenses and Commission seems to be the key factor for the sector remaining unprofitable and unsustainable in the last few years,” SMA said.

Given the above statistics, SMA wants the government to look into the possibility of improvement of the current claims ratio of 75%, so as to ensure that premiums collected are not excessively spent on non-healthcare cost items like management expenses and, also to instill cost discipline in IP insurers.

SMA further commented, “To improve the long-term sustainability of the IP sector, the SMA Council is of the opinion that measures to reduce administrative and manpower costs in the IP sector be explored.”

In the meantime, SMA said it will start publishing its own ranking of IP insurers, and set up a “Complaints Committee for IPs and Health Insurance”.

In its statement, SMA also urged the Ministry of Health and the Monetary Authority of Singapore to publish more data on individual IP insurers so as to help educate stakeholders and the public who are considering buying an IP.

This would help the public to take into considerations of, for examples, the management expenses and commission payouts incurred by insurance companies before deciding which IP insurer to go with.

SMA may have a point in demanding more transparency from IP insurers in disclosing non-health related items like management expenses, given that some IP insurers are unwilling to disclose them.

Take for example, even though NTUC’s own corporate governance guidelines recommend that the remuneration of at least the top 5 executives should be disclosed, NTUC Income has decided against it according to its latest annual report.

The reason given is that the “disadvantages to the Co-operative’s business interests would far outweigh the benefits of such disclosure in view of the disparities in remuneration in the industry and the competitive pressures that are likely to result from such disclosure”.

In addition, NTUC Income also needs 12 directors on its board to oversee the business. One of them is MP Seah Kian Peng who is supposed to also serve the residents in Marine Parade GRC. 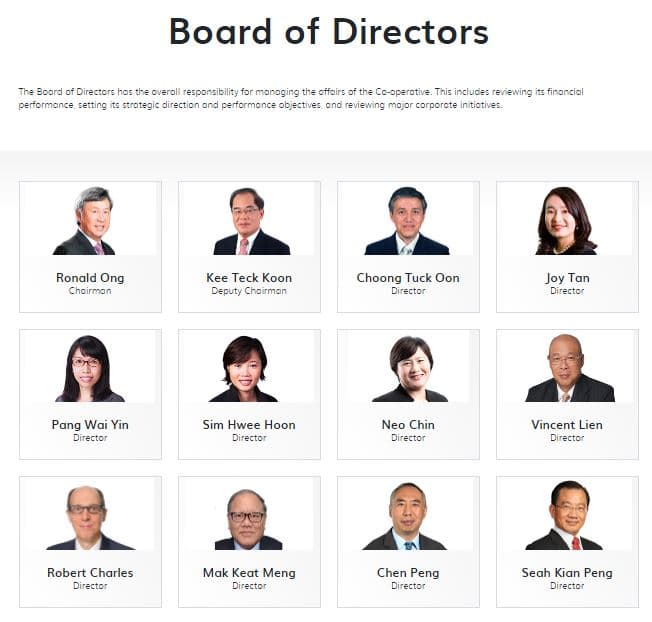 In any case, SMA says that it will continue to work with the relevant authorities and organizations to ensure that the interests of the public, IP policyholder, and IP patient are protected and best served.

Taking the COVID-19 vaccine is now a national imperative