The government announced stricter guidelines in regards to social distancing on Friday (20 March), suspending all events and gatherings that will cater to 250 or more participants until 30 June.

After the announcement was made, various places in Singapore were seen to be aiding the people in practising social distancing. In a Reddit thread that was posted yesterday (24 March), a photo titled “Panasonic Singapore’s canteen to promote social distancing” was uploaded, garnering attention among netizens. 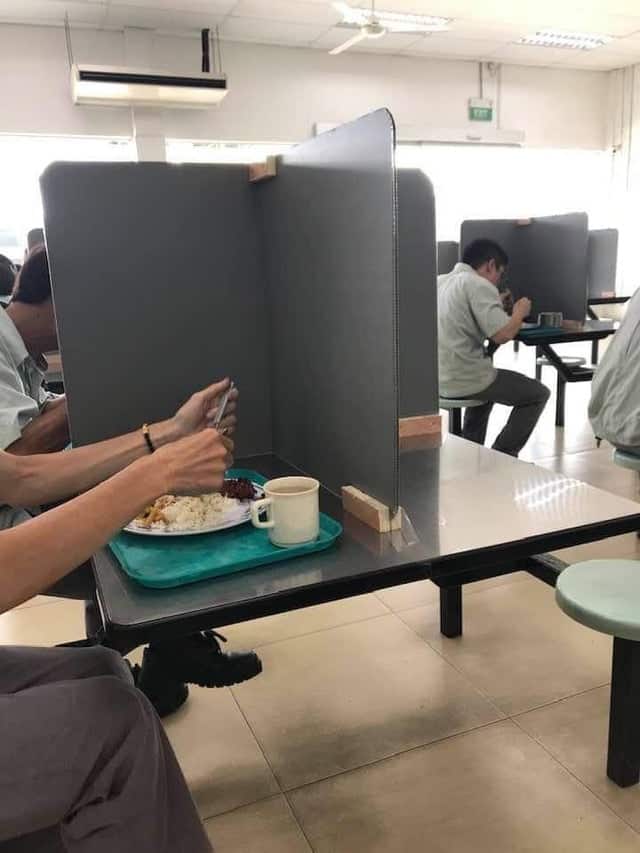 In the photo, partitions were set up on the tables to separate the employees as they enjoyed their meals.

But, seeing how the employees were seen sitting next to each other, netizens commented on how the partitions were deemed pointless.

Reddit user dsguzbvjrhbv mentioned that this kind of social distancing does not work, as the employees were still too close to each other. The user suggested that there should have been two metres of distance instead of the installed partitions.

Rokylol_ commented that it would be more effective if an “X” is taped on the seat to prevent employees from sitting next to each other. Apart from the comments that were against the idea, some other netizens thought that the installation of partition was great and they really liked it. Kurexv thought that this approach works for the time being, however, he or she thought it is rather unhygienic in the long run as saliva particles can lodge onto the partition. 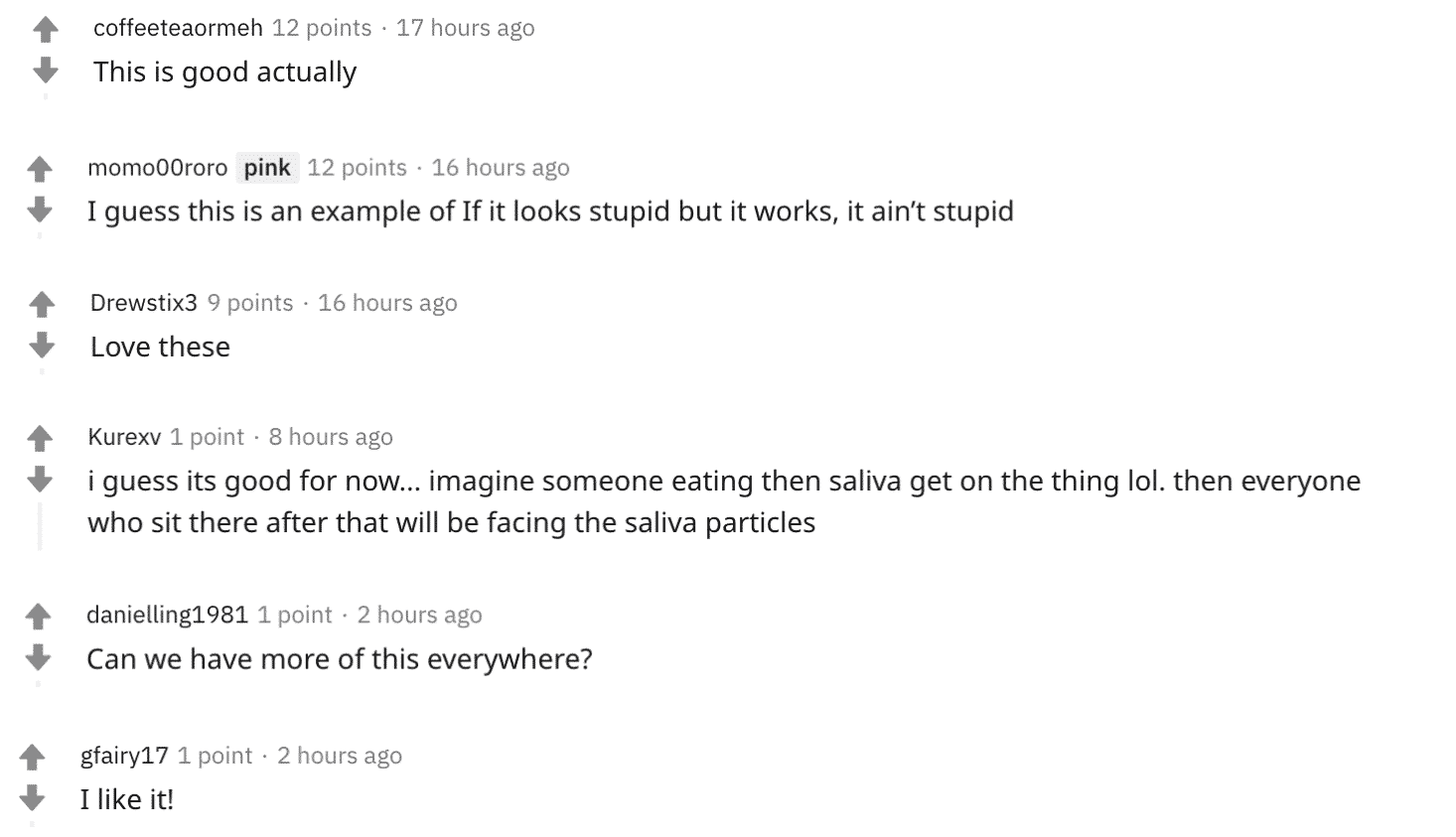 Other than the Panasonic canteen, other places were also seen enforcing social distancing. These photos had been circulating on social media for the past couple of days. Food courts and eateries began taping seats and tables to prevent patrons from sitting too close to each other as these public places tend to attract crowds during peak hours.

People were seen to be compliant with the new rules at these places and went along with the approach. Earlier on 17 March, Temasek Holdings CEO Ho Ching brought this issue up on her Facebook page, commenting that this particular taping approach “does not make sense”. In order to enforce social distancing, she urged people to “Mind the Gap”.

Instead of taping the tables and chairs at hawker centres, she wrote a list of suggestions to help people in practising social distancing. Apart from discouraging strangers from sharing tables, she stated that hawker centres should space out the tables so that patrons at different tables are one metre apart from the next table.