As the Singapore’s Disease Outbreak Response System Condition (DORSCON) level to the Wuhan coronavirus outbreak being raised to orange code on 7 February, new precautionary measures have been implemented to minimize the virus transmission in the country, one of which temperature screening at office buildings.

Earlier today, long and snaking queues were seen forming at Suntec City and Raffles Place as temperature screening of workers and visitors have started to take place.

Temperature checks began as early as 8am in the morning at the main entrance of the buildings.

Bank Compliance Director Sean Thia told The Straits Times that he has queued up for more than 40 minutes at Suntec City to have his temperature checked today.

Mr Thia said there were over a hundred people who were lining up, but only two security staff were in charge of the temperature checks at the entrance to Suntec City Tower Five.

In fact, there were no directions signs or queue markers being put up at the scene.

Suntec City stated in its advisory that those with a temperature above 38°C would not be granted access into the building, and visitors will need to sign the Health Declaration form.

While at Raffles Place, Twitter user Jessica @WonderBoyLoki has tweeted a few photos which showed long queues of people from inside buildings to the pathways outside Raffles Place MRT station. 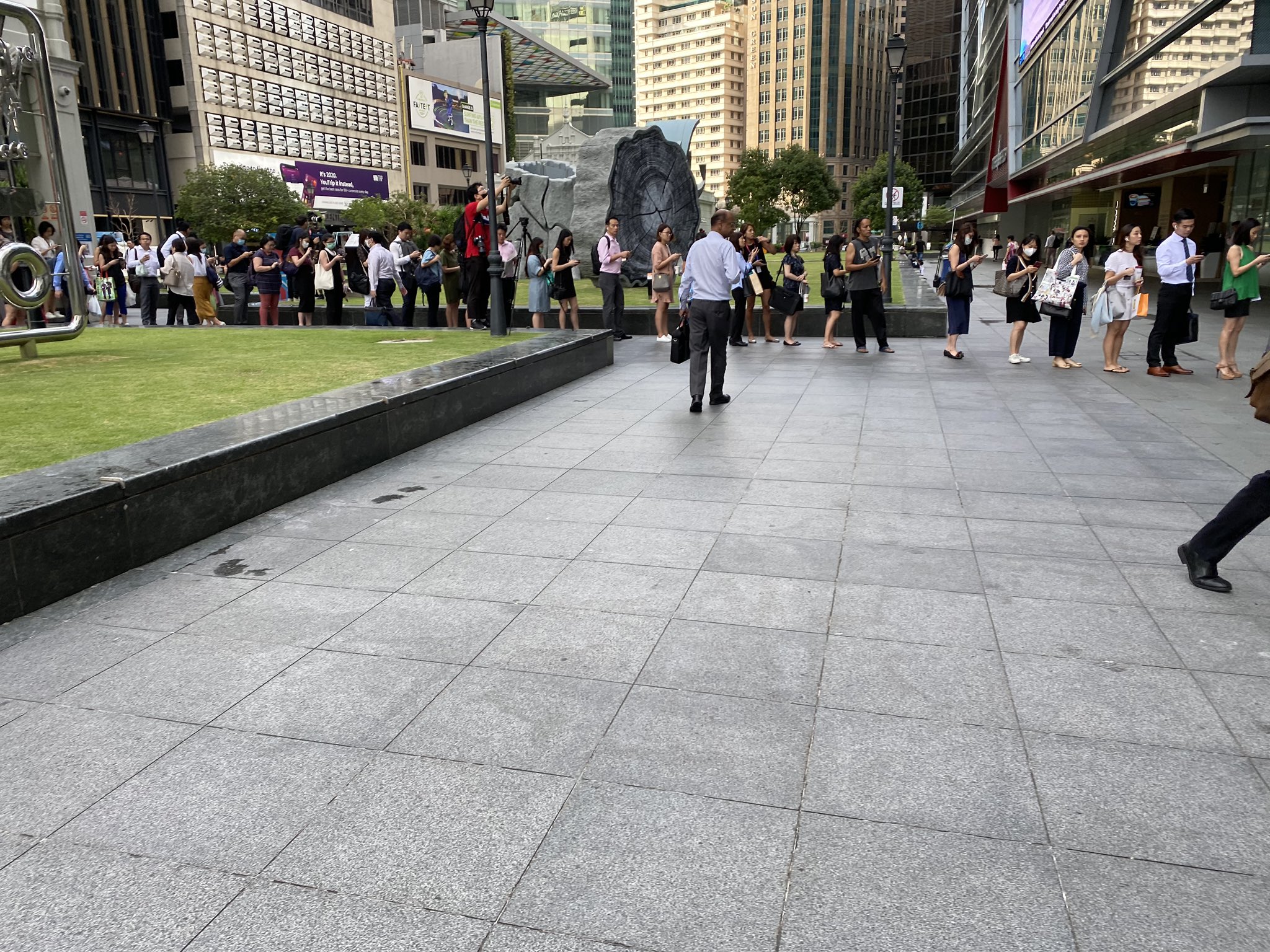 Bank Executive Mr Yee, who was approached by The Straits Times commented that the large gathering went against the health advisory to avoid large crowds so as to reduce exposure to the virus.

On 22 January, the Ministry of Health (MOH) has issued a public health travel advisory in response to cases of novel coronavirus in China. One of the precautions being listed in the advisory is, travelers should avoid crowded places and close contact with people who are unwell or showing symptoms of illness.

However, long queues were still seen, despite the precaution that people should avoid crowded places.

The novel coronavirus has spread to 28 countries and territories around the world, with 40,164 confirmed cases and 910 deaths being reported to date. In Singapore, the total number of people infected has grown to 43.