Yesterday, a member of the public, Mr Adam Reutens-Tan, wrote to ST Forum pointing out that train operators like SMRT and SBS Transit should not be focusing on profits as public service providers (‘Train operators, as public service providers, should not be focusing on profits‘, 12 Jul).
“SMRT and SBS Transit are supposed to be providing public transportation, one of several basic public services which should always remain affordable for the masses to ensure an acceptable quality of life,” Adam wrote. “Such service providers should be seen almost as public servants because they are providing a public service.”
Adam reminded that as public service providers, the train operators should not be focusing on generating increasingly higher overall profits for themselves.
In response, Ms Geraldine Low, the Director of Land Transport Division at the Ministry of Transport, wrote in to refute Adam saying that the train operators cannot keep on sustaining losses (‘Rail operators cannot sustain large losses for long‘, 13 Jul).
She pointed out that for the financial year ending on March 31, 2018, SMRT Trains reported a loss of $86 million while SBS Transit’s Downtown Line has similarly registered losses of $125 million over the past three years. “Its (SBS Trainsit’s) train division as a whole also lost tens of millions of dollars,” she added.
“No rail operator can sustain such large losses for long, without performance degradation.”
She then brought in arguments concerning the workers’ livelihoods, “As responsible employers, they also need to ensure that their workers’ livelihoods are not affected.”
“Our common objective is to deliver a reliable and affordable MRT service for all Singaporeans,” she concluded.
What happened to the profits made in earlier years?
However, what Ms Low did not disclose was that in earlier years, SMRT was making obscene profits with the bulk passed on to Temasek Holdings as dividends especially during the years when Saw Phaik Hwa was in-charge. 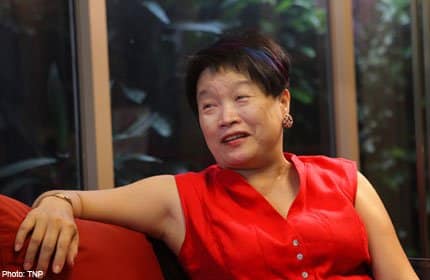 For example, in every financial year from 2000 to 2015, SMRT earned an operating profit in the range of $84.2 million to $197.2 million. There was never a year in which SMRT made a loss. And from FY2001 to FY2015, SMRT paid out a total dividend sum of $1.6 billion with the bulk went to Temasek.
A report from DBS in 2012 also noted that SMRT had a dividend payout policy of at least 60% of net profit, and in some years, had paid out even more than 70% of their net profit as dividends.
In fact, Saw was so busy trying to make money for SMRT and paying out dividends to Temasek that she did not want to re-invest too much money back into rail maintenance. This was disclosed at a Committee of Inquiry (COI) convened in 2012 over lapses in SMRT while under her watch.
At the COI, the Attorney-General’s Chambers, represented by Second Solicitor-General Lionel Yee, presented data showing how SMRT’s repair maintenance budget did not change much from the financial years 2002 to 2011, amid ageing assets, increased ridership and increased train frequencies. She also let go of staff to save cost, resulting in the reduction of company’s manpower cost while boosting the bottom line.
At one point in the inquiry, a member of the COI, Prof Lim of NTU, got so frustrated with the defensiveness of Saw with regard to the ‘third rail’ sagging issue that he retorted, “You knew the risks, and you didn’t do enough. You implemented cable ties.”
In any case, Saw’s livelihood was never compromised when she was working for SMRT. In an interview after she quit SMRT, she told the media then that she owns a Can-Am Spyder motorbike, a Ferrari and a Mercedes-Benz S500. In fact, her landed property was so big that the porch of her house could house all 3 vehicles.
She justified the high salary of close to $2 million that she earned every year saying that this was decided by shareholders, which of course Temasek was the major shareholder. “Every year, the shareholders get to vote. They see my package. It’s in black and white in every annual report and they approve it. So what can I say?” she argued.
So, while it’s true that train operators can’t sustain losses for long as pointed out by the Transport Ministry, it certainly wasn’t complaining when the operators were making obscene profits from Singaporeans.