Which countries pay the most at UNIQLO?

UNIQLO has become a mainstay for casual fashion around the world. How do its prices compare internationally?

The Japanese clothing company UNIQLO has become internationally popular due to its reputation for comfort, style and affordable prices. Due to the brand’s ubiquitous nature, we were curious how much consumers around the world end up paying for UNIQLO clothes.

In this analysis, we compared the price of 10 UNIQLO clothing items by country in order to gauge how much prices differ globally.

Japan Has the Lowest Average Prices

Unsurprisingly, UNIQLO’s prices tend to be lowest in Japan, where the company was founded and is headquartered. To make this determination, we gathered price data for 5 common articles of women’s and men’s clothing available on the websites of 13 countries, such as pants, shirts, hoodies and jackets. We then converted local currencies to U.S. dollars in order to make a straightforward comparison. Not only were UNIQLO’s average prices lower than those of other countries, it had the lowest prices for 7 of the 10 items on our list.

Which Countries Pay the Most for UNIQLO Clothing?

While Japanese customers clearly pay the least for UNIQLO goods, our analysis indicates that some countries pay significantly more for UNIQLO clothing than others. On average, prices in the United States appear to be the highest among countries we sampled, being about 45% higher than in Japan. Meanwhile, prices appear to be most similar to Japan on UNIQLO’s Canadian and Hong Kong websites. 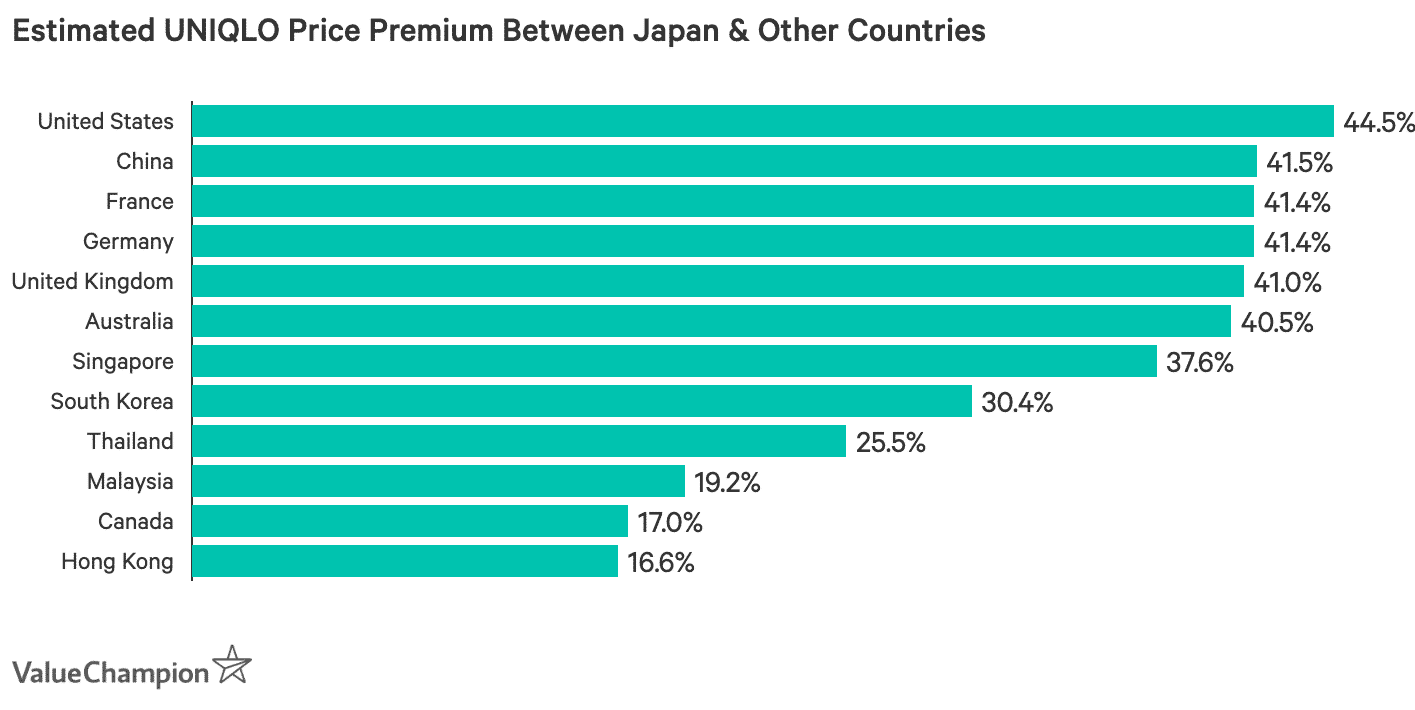 If you live in a country where UNIQLO products cost significantly more than they do in Japan, you are probably wondering why you face higher prices for the same goods. A number of factors are likely to impact the total price you pay at check-out, here we examine a few potential drivers.

First, it appears that tariffs play an important role in the variety of prices for UNIQLO clothes around the world. For example, the United States levies significant tariffs on clothing—up to 32% for some items. On the other hand, Hong Kong does not levy tariffs on any imported goods. For this reason, it is understandable that the prices faced by consumers around the world can vary quite a bit. 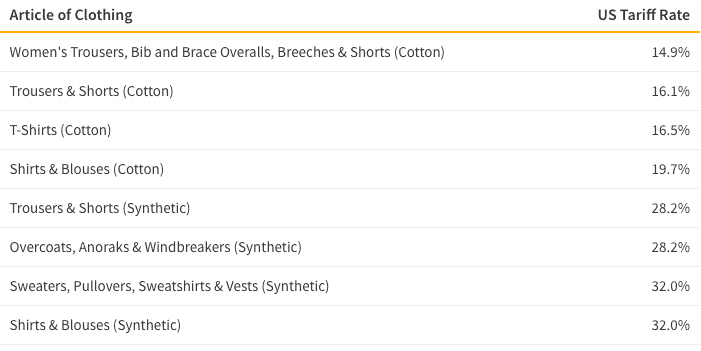 It also appears that prices discrepancies between several countries (e.g. U.S., Australia, Singapore, Canada, Hong Kong) and Japan may be correlated to the difference in GDP per capita between those countries and Japan. This might indicate that UNIQLO is able to sell its good at higher prices to consumers that have more money to spend on clothing.

However, there are also several counterexamples (e.g. China, the United Kingdom, France, South Korea, Thailand, Malaysia) to this explanation, so it does not completely explain the price differences. 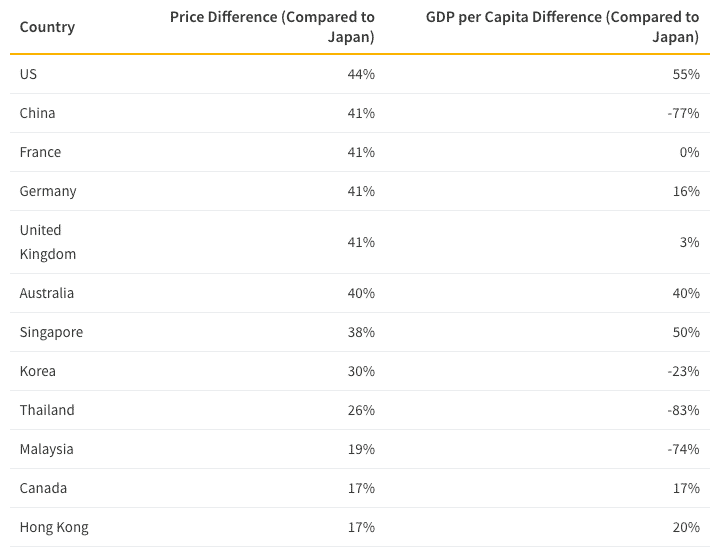 Additionally, it does not appear that shipping cost is a major factor driving UNIQLO’s prices, as locations near and far from UNIQLO’s Asia-based manufacturing locations have significantly varying prices. Furthermore, prices in the US were significantly higher than the prices in Canada, while both countries theoretically should not differ too much in terms of shipping costs from Uniqlo’s manufacturing facilities in Asia.

UNIQLO’s prices vary country to country. For example, while its Men’s Pocketable Parka goes for about $30 to $40 in other countries, the same item costs just $18 in Japan. Not only that, it seems like a number of different factors might be affecting prices in different countries in different manners. In some instances, import tariffs seem to have a strong influence, while we still observed meaningful differences in regions without import tariffs.

While it’s difficult to fully understand why this is so in such cases without being privy to UNIQLO’s complex supply chain, other factors like local population’s purchasing power could be a potential factor influencing the company’s pricing scheme.

To understand how much UNIQLO clothing costs across the world, we gathered price data for 10 items (5 women’s, 5 men’s) available in 13 different countries. We then converted the local prices to USD using the current exchange rate as of April 16, 2019. Next, we compared pricing between countries using an average of the converted prices.

We did not take into account any applicable sales taxes as they can vary greatly by locality, and instead only analysed listed prices. We also did not consider temporary sales prices, in order to standardise our analysis.

This was first published at Value Champion’s website, “Which Countries Pay the Most at UNIQLO?“.