NTUC FairPrice with profits of $379m in 2017, what about all its social enterprises’ profits?

How much profits does NTUC Foodfare make – NTUC Fairprice had $380 million profits?

It states that “The Housing Board and the labour movement are taking steps to tackle the rising cost of living by ensuring food choices stay affordable at hawker centres and coffee shops.

Later this year, HDB will look at other factors, including whether an operator has a variety of affordable food options, when evaluating tenders for coffee shops, in addition to the bidding price.

This price-quality method will replace the current system, which has been in place since 2004 and awards tenders to those who put in the highest bids.”

Minister Ng Chee Meng, who is also secretary-general of NTUC, was reported to be speaking on the sidelines of the official opening of Pasir Ris Central Hawker Centre run by NTUC Foodfare and the article notes that Foodfare manages more than 100 food and beverage outfits islandwide. I then visited NTUC Foodfare’s web site to try to find its profits or losses in its annual report, but it said “annual report – coming soon“.

So, how much profits or losses does NTUC Foodfare make?

With regard to “Separately, the National Trades Union Congress (NTUC) is committed to using its social enterprises to set industry price benchmarks to help keep daily necessities affordable, said its secretary-general Ng Chee Meng yesterday” – I looked at the annual report of one of its social enterprises, and found that NTUC FairPrice’s group profits before contributions to the Central Co-operative Fund and the Singapore Labour Foundation, was $379.7 million in 2017. 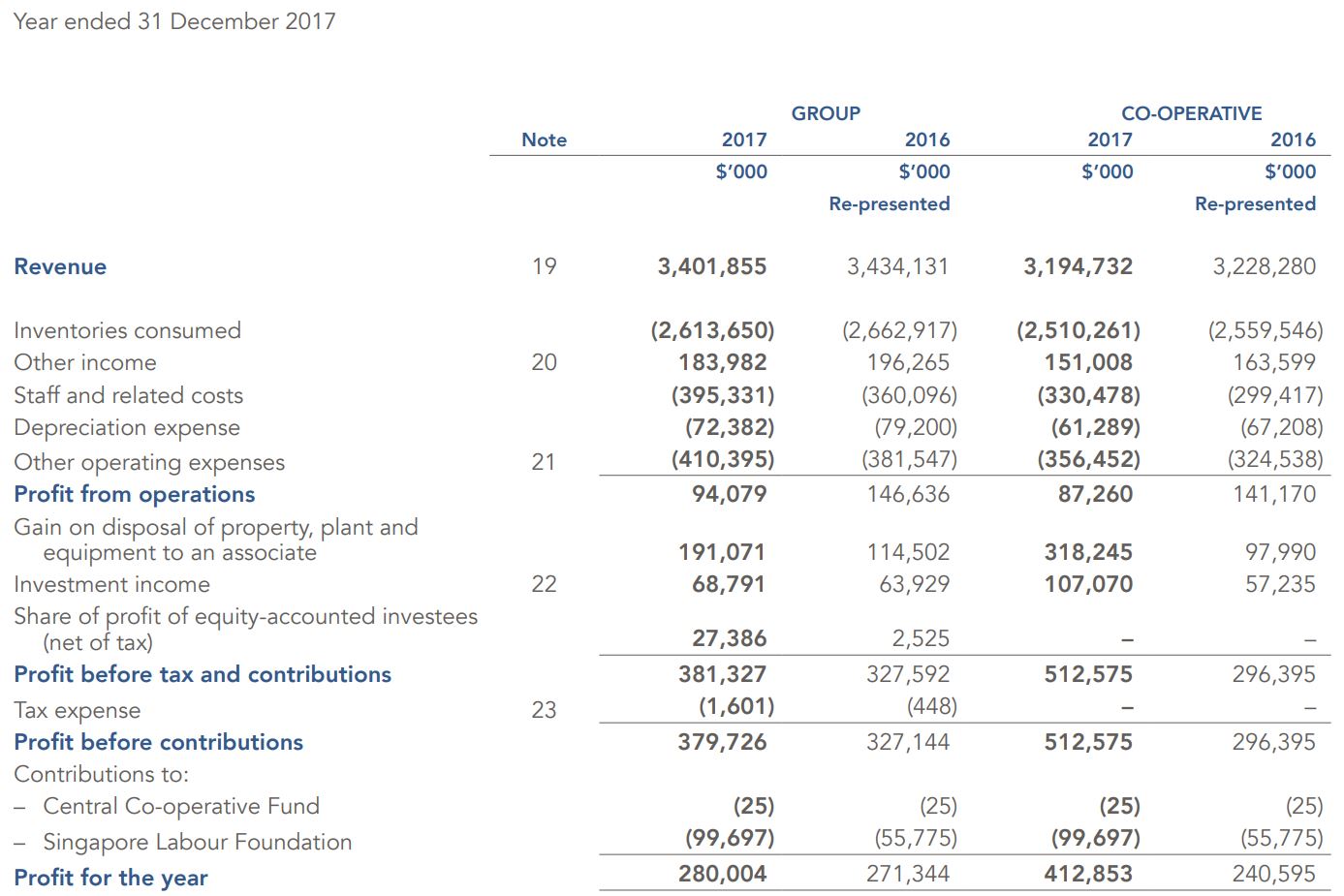 Given just FairPrice alone, earned 379 million for 2017, how much are the combined profits of the nine NTUC social enterprises?